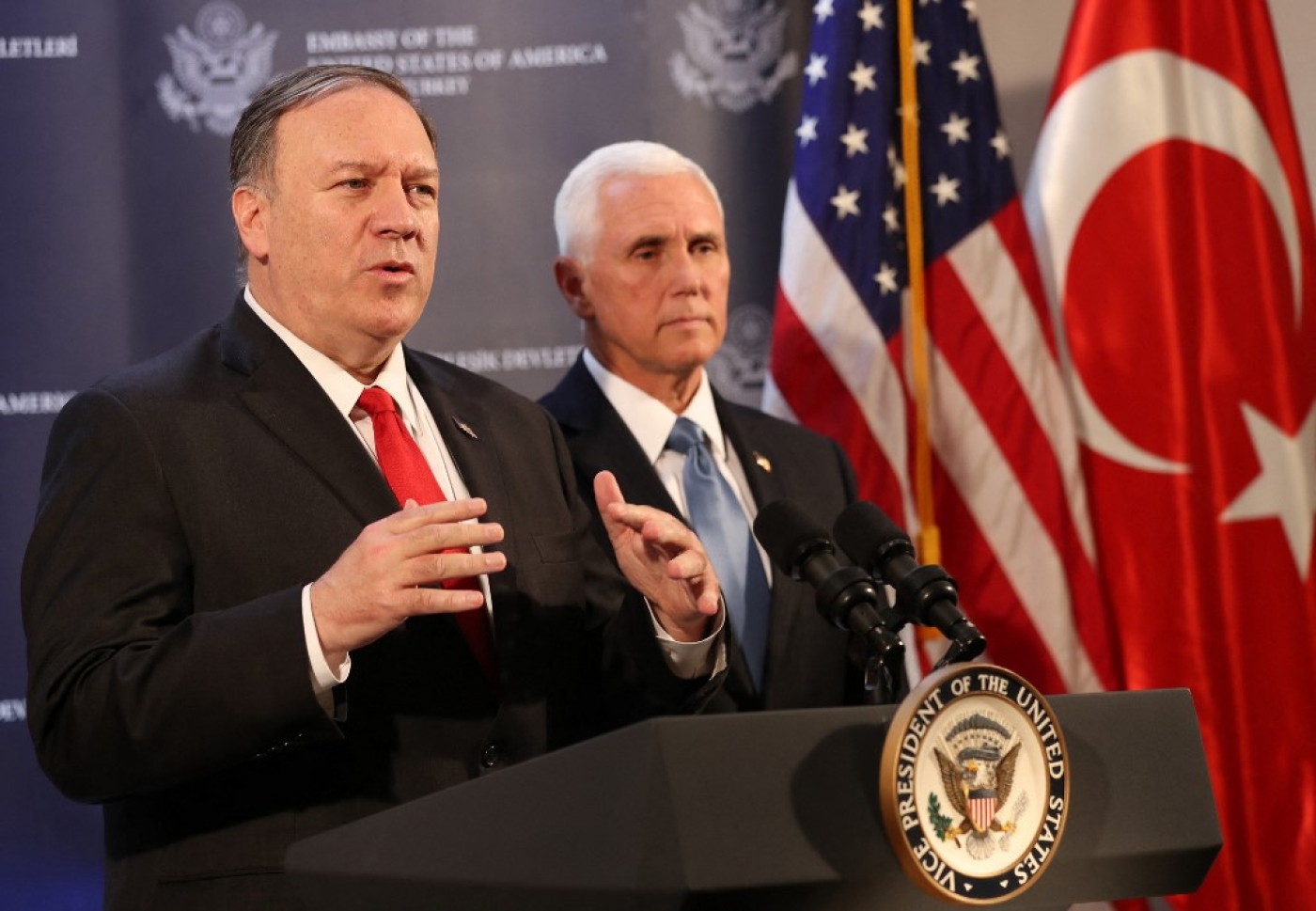 Former US Secretary of State Mike Pompeo tried to “break through” a locked door in Ankara's presidential complex to reach then-Vice President Mike Pence, who was having a longer-than-expected tete-a-tete with Turkish President Recep Tayyip Erdogan.

In his memoir Never Give an Inch: Fighting for the America I Love, released on Tuesday, Pompeo explains how the Trump administration in October 2019 convinced Erdogan to sign a ceasefire deal in northern Syria following a Turkish military operation to seize areas formerly controlled by the US military.

Donald Trump ordered a withdrawal from Syria after he was convinced by Erdogan that the Islamic State group (IS) was defeated and Turkey could guard the areas evacuated by the Americans.

However, the Turkish military offensive angered the American public, along with Pentagon and US security elites, who pushed the US president to dispatch Pence and Pompeo to Ankara to discuss a way out.

“When we arrived at Erdogan’s palace, he asked for a one-on-one meeting with the vice president for 'a few minutes.' After about half an hour, I told our hosts that I needed to see the vice president. No dice,” Pompeo writes.

“Another twenty minutes went by, and now I was determined. Without permission, I walked down the hall and tried to push open the door of the room that Erdogan and the vice president were meeting in. It was locked. I then told my counterpart that we were going to break through the door.” 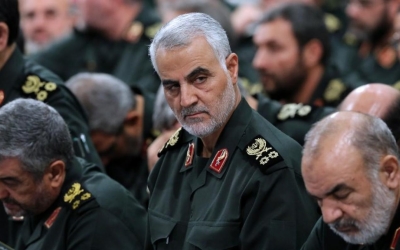 Pompeo: ‘Only’ civilians on plane at risk in ‘Rembrandt’ Soleimani’s killing
Read More »

Pompeo says he was worried that Pence was being subjected to the same three-hour video of the 2016 Turkish coup attempt that he had been forced to watch on his first visit to Turkey as CIA director in 2017.

“The video was so long and so obnoxious that I considered it a mental health issue!” he says. Pompeo’s actual effort to break down the barrier scared his security team who thought Turkish guards would react aggressively. But Turkish security quickly let him through and US officials joined Erdogan’s meeting with Pence.

Pence adds that parties reached a temporary cease-fire deal that allowed Turkey to access much of the border region in Syria that the Americans had controlled.

In 2016, immediately after the coup attempt in Turkey, he tweeted on his now-deleted official account: “[email protected] & #Iran govt about as democratic as that of @RT_Erdogan - both are totalitarian Islamist dictatorships.”

Pompeo, in the book, also delves into the 2017 negotiations between the Trump administration and senior Turkish officials to create a roadmap to seize northeast Syria's Raqqa from IS.

Pompeo says Washington had two options: working with the US's Kurdish allies, the Syrian Democratic Forces (SDF), or working with the Turkish military. Ankara views SDF as part of PKK, an armed group designated as a terrorist organisation by the US, EU, and Turkey.

“Erdogan and [Turkish intel chief Hakan] Fidan called me repeatedly to stress how the PKK—a US-designated terrorist organisation—was no different from the SDF. They claimed that if the United States supported the SDF, it would rupture our relationship with Turkey,” Pompeo writes.

But the Pentagon wasn’t convinced that Turkish-trained Syrian forces had enough strength to defeat the Islamic State, so they chose the latter option.

“Now came the diplomatic piece of breaking the news to the Turks. The meeting went poorly,” he recalls.

“I’ve never seen such anger erupt so quickly in a room. [Chief Advisor to Turkish President Ibrahim] Kalin and Fidan exploded and then left quickly. It wasn’t great for the relationship.”

Pompeo's memoir has also discussed the 2020 US killing of Iranian general Qassem Soleimani, who he compared to a Rembrandt painting, and the assassination of Saudi journalist Jamal Khashoggi, which he claimed was an overblown crisis.