For years, Kafranbel was a symbol of defiance to the Syrian government. Its recent fall to Assad's control has dealt a blow to rebels and activists 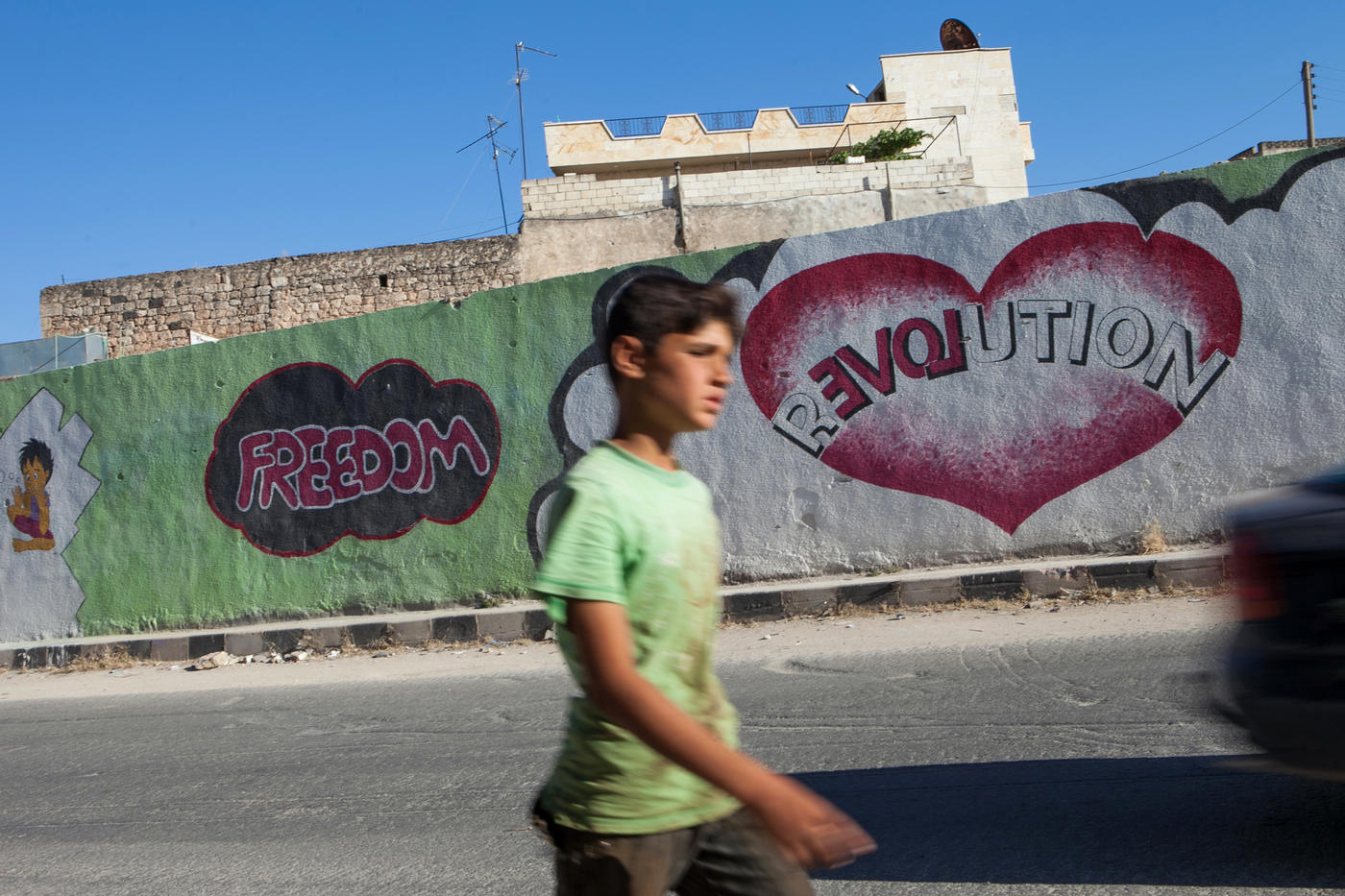 For many years, the town of Kafranbel in Idlib province was a centre for displaced Syrians fleeing government forces from different parts of the war-torn country.

But now the residents of Kafranbel have become displaced once again after President Bashar al-Assad’s forces took control of the small town earlier this week, destroying many of its homes during the fiercest escalation in the northwest of the country. Kafranbel was one of the largest revolutionary strongholds where anti-Assad demonstrations began at the start of the Syrian uprising in 2011. Images of its residents holding up witty banners were seen across the world.

The town's symbolic status has made it more vulnerable to revenge.

The Syrian army invaded the town with tanks in 2011 seeking to suppress popular unrest and prompting activists and civilians to flee, but Syrian rebels gained control of the town in late 2012.

Following a series of successive defeats since December, rebels have lost the town of Kafranbel along with other strategic revolutionary areas such as Khan Sheikhoun, Maaret al-Numan and Saraqeb.

Under Russian air cover and with the help of Iranian, Lebanese and Iraqi militias, Syrian government forces have launched continuous attacks to retake the Idlib province, the last stronghold of the rebels.

'Our homes are yours'

Omar Nuzhat, a displaced activist from the outskirts of Damascus, remembers the moment he arrived in northern Syria in late 2016, when the people of Kafranbel welcomed his family and helped him settle into a furnished home.

'Kafranbel is my second home. The people of the town greeted us with great generosity, to the point that I did not feel like a stranger or displaced'
- Omar Nuzhat, activist

Nuzhat was displaced alongside other civilians and fighters who refused to surrender to Syrian government forces when the latter regained control of various suburbs of Damascus.

"Kafranbel is my second home. The people of the town greeted us with great generosity, to the point that I did not feel like a stranger or displaced," Nuzhat told Middle East Eye.

"The people told us: ‘Our homes are yours. You can stay in them for years until you return to your cities without paying any rent’," he said.

The escalation in northern Syria has forced nearly a million civilians out of their homes towards the border with Turkey. Most of them live in the open and in difficult conditions, according to the United Nations.

An incubator for revolutionaries

As one of the birthplaces of Syrian revolution activists, Kafranbel was home to mass demonstrations for years due to its geographical location.

The town was the meeting place for demonstrators from northern Hama and the villages of Jabal al-Zawiya, south of Idlib. It was also where banners bearing revolutionary phrases in several languages were created. The banners were written by Raed Fares, a student of medicine who became a prominent local activist and a symbol of solidarity for rebels across the country, drawing the attention of the outside world to the violations taking place in Syria.

Fares also established Kafranbel Radio Fresh, which became the first local Syrian radio station to broadcast from an opposition region. It continues to operate today despite having lost its main office.

The town’s residents often disagreed with Islamist rebels, who have accused Radio Fresh of letting men and women interact at its headquarters, and argued that broadcasting women's voices on the radio should be prohibited. Fares in retaliation began to broadcast the sounds of birds and animals on the radio.

Fares and fellow activist Hamoud Jneed were gunned down by unknown assailants in November 2018, at a time when Tahrir al-Sham, al-Qaeda’s former Syrian branch in Idlib, was gaining influence.

"It is one of the most important locations of the revolution in Syria," said Mahmoud, who moved from Kafranbel to Turkey and then France after his father was killed. “Kafranbel brought the voice of the revolution to the whole world, but the world has abandoned it, and now Idlib is described as a stronghold of terrorism.”

"In normal circumstances, people live in cities, but Kafranbel is the compassionate town that lives in the hearts of people and the sons of the revolution," he added.

During the initial years of the Syrian revolution, a large number of soldiers defected from the Syrian state army, as they rejected the idea of invading cities and arresting protesters.

In cooperation with the residents of Kafranbel, many former soldiers established the Knights of Justice Battalion, one of the first battalions of the Free Syrian Army (FSA).

“The Battalion expanded, increased the number of members in its ranks, and participated in the battles of the countryside of Hama, Aleppo and Homs,” Tariq al-Nahar, one of the battalion’s founders, told MEE. The battalion later became known as the Northern Division.

"The sons of Kafranbel fought against the Islamic State [group]," Nahar added.

"The town was the centre of export of national thought for the Syrian revolution, so it has been subjected to continuous air strikes for seven years," he said

But the rebel fighter remained determined to fight for Kafranbel.

"We lost the town previously and then regained control of it, and we will regain control of it again, God willing." 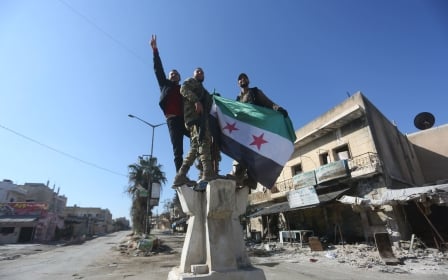 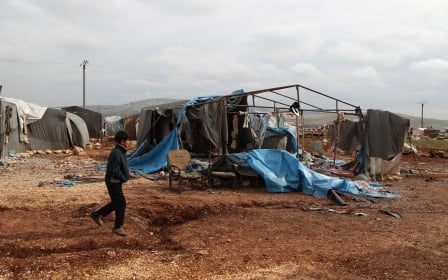