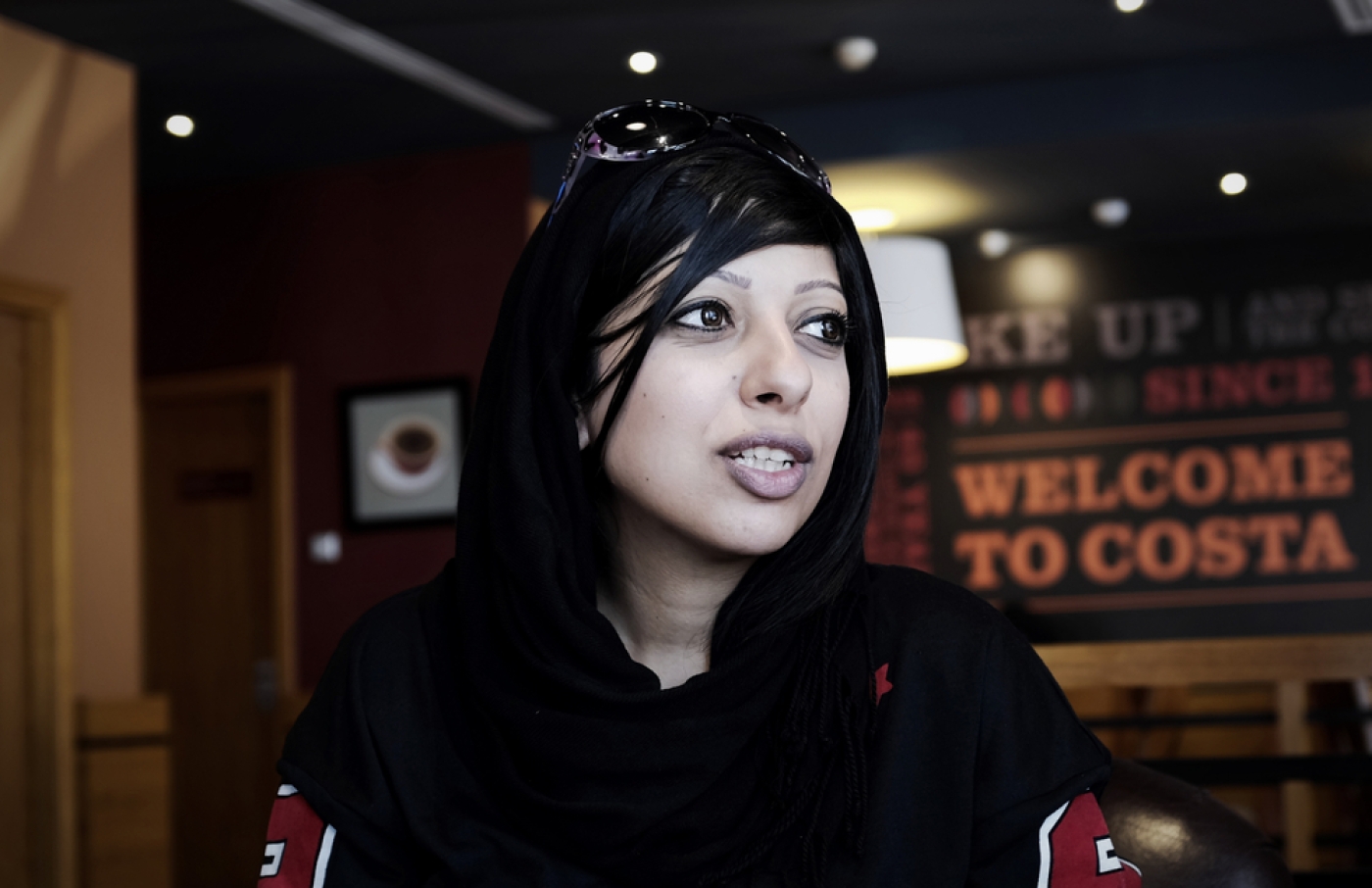 Bahraini authorities burst into the house of prominent human rights activist Zainab al-Khawaja on Monday, and proceeded to take her and her 15-month old baby into custody.

According to her sister Maryam al-Khawaja, the co-director of the Gulf Centre for Human Rights, 15 police vehicles arrived at Zainab’s house in the capital Manama and blocked off the entire street. Zainab, along with her son Abdul-Hadi was taken to the al-Hoora police station, before being transported to the Isa Town women’s prison.

“Zainab Al-Khawaja and her family have been relentlessly targeted by Bahraini authorities for speaking out against human rights violations,” said James Lynch, deputy director of Amnesty International’s Middle East and North Africa programme.

Police have broken into house of Bahraini pro-democracy activist Zainab al-Khawaja and taken her and her 1yo child pic.twitter.com/486bfjT4HY

Zainab’s father, Abdulhadi Al-Khawaja, a leading activist and prisoner of conscience, has been serving a life sentence since 2011. Upon finding out about her arrest, he said, "I feel sorry for the ruler who thinks that his power will remain by imprisoning women and tearing them apart from their children."

This is not Zainab’s first arrest. Since the short-lived uprising against the Bahraini monarchy in February 2011, a total of 13 court cases have been brought against her. She was sentenced to over one year in prison in 2012 for a number of charges related to freedom of assembly, her human rights work, and due to her tearing up pictures of Bahrain’s King Hamad bin Isa al-Khalifa in protest at repression.

She was then sentenced in December 2014 to three years in prison and fined 3,000 dinars (around $8,000) after being convicted of insulting the king by ripping up a photograph of him.

An appeals court last October reduced her term to one year behind bars, while upholding the fine.

She had informed Amnesty International back in October that if she was jailed again, she would be taking her son with her.

“The absurd charges against Zainab Al-Khawaja are not recognised under international law, and demonstrate the lengths the Bahraini authorities will go to in order to silence freedom of expression and peaceful dissent,” said Lynch.

"This is a terrible development," Brian Dooley of the Washington-based Human Rights First said in a statement. "Taking her back into custody only deepens Bahrain’s political crisis."

Bahraini officials did not immediately comment on the detention.

“Her convictions are for nothing more than tearing up photos and seeking to visit her father in prison,” Lynch stated. “If this arrest means the start of her prison sentence, she will be a prisoner of conscience, jailed solely for peacefully exercising her right to freedom of expression.”