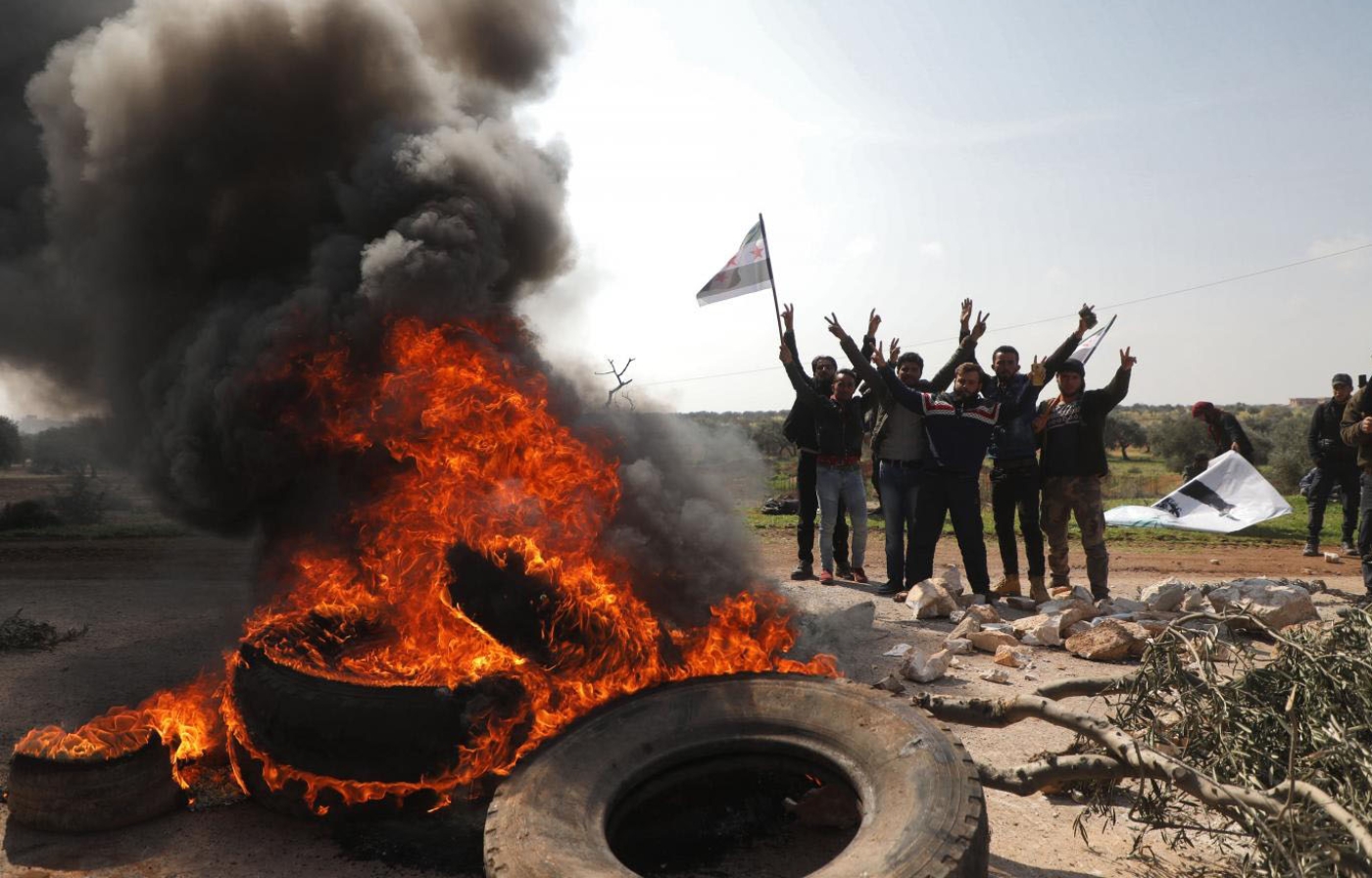 Billows of smoke are rising from tyres that protesters have burned on the strategic M4 highway.

Huge mounds of dirt, rocks, and scrap metal have been erected to keep vehicles from travelling along the road. The once smooth roadway is now one long stretch of obstacles placed there by the protesters to send a message that Russian patrol forces are not welcome.

According to the ceasefire arrangement signed between Russia and Turkey less than two weeks ago, the M4 corridor, which runs across opposition-held Idlib from east to west, was slated to be an area that is patrolled jointly by both Turkish and Russian troops. However, the M4 cuts into the lower third of the ever-shrinking territory still under Syrian opposition control. The deal places the area south of the highway under Russian control, effectively handing it over to forces loyal to Syrian President Bashar al-Assad.

While many people in Idlib welcomed the intervention by Turkish forces to halt the advance by Syrian government forces, many of them are confused as to why the agreement was signed and say they will not abide by any terms that will lead to Russian patrols in the area.

On Sunday, the first attempted joint patrol was abandoned because of the protesters' efforts to block the road.

"Russia has the blood of a million Syrians on its hands. We will never allow them to step foot on this territory. We have no place to go," said Umm Sayyid, who attended the protest rally.

"Giving up this highway would be a free gift to the regime. These territories are not under siege and no one has the right to give them away," shouted another protester amid the crowds gathered on the highway.

Also, posted in the olive tree groves along the road were armed fighters with RPG weaponry.

Their role is clear: fire upon any Russian vehicles that try to cross the line. “This highway would strengthen the regime and our refugees will be forced to stay in awful camps, hungry and suffering. We will never surrender this territory without a fight,” said one fighter carrying his shoulder-mounted grenade launcher. 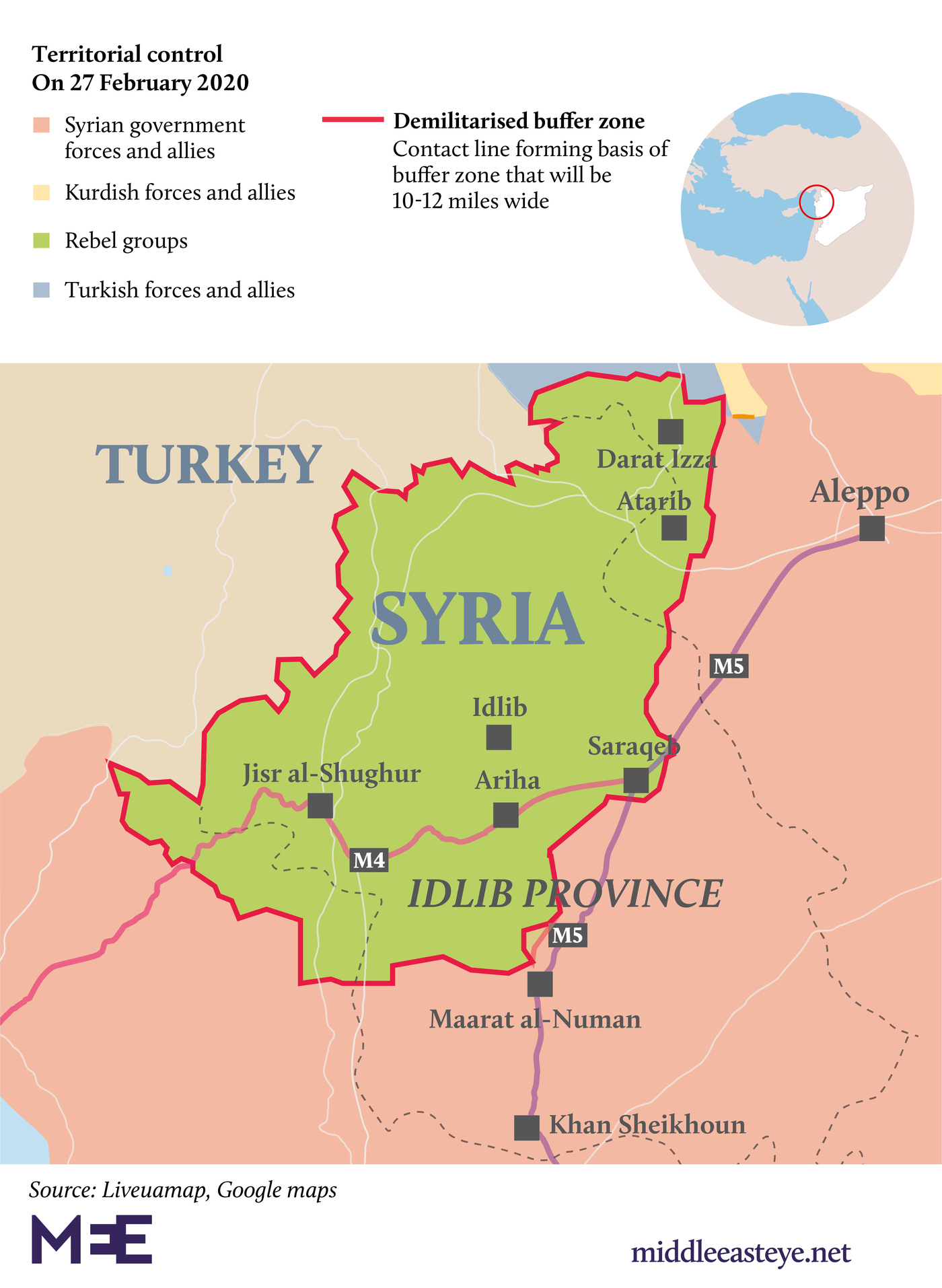 Middle East Eye also travelled to the nearest points where rebel fighters had been fighting government forces in the Jabal al-Zawiya region, just off the M4 highway. If the M4 highway fell into government hands, this entire region would be in danger of being besieged.

"No one has asked us to leave these territories, nor would we leave if they did," said Abu Ahmad, who now leads all rebel forces in Jabal Zawiya.

"We have been working hard to fortify our positions and prepare ourselves for what everyone knows will come next," predicting that a breakdown of the ceasefire and a resumption of hostilities was likely to happen sooner rather than later.

On Sunday, the Russian Ministry of Defence stated that Turkey has been granted additional time to clear the M4. Russian Foreign Minister Sergey Lavrov has accused rebel groups in Idlib of not sticking to the terms of the ceasefire deal.

In addition to that, some shelling of the Kabanah mountain range, on the western fringes of opposition-held territory, has been taking place as well.

Both sides also appear to have been re-arming and redeploying troops for the fight ahead.

Turkey has brought several new columns of heavy weapons and armament into Syrian territory since the signing of the agreement.

Iranian forces have also been seen bringing in large numbers of vehicles and heavy weapons, fortifying pro-government positions in the contested city of Saraqib, which sits on the north-south M5 highway to the southeast of Idlib City. Syria War
Turkey will not abandon its military stations in Idlib, Erdogan says 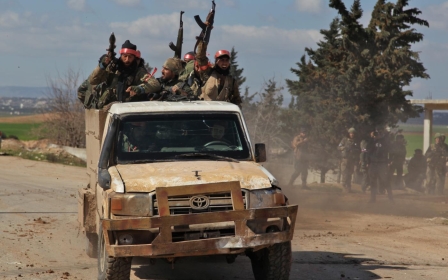