Government proposed reforms in recent weeks but demonstrators have brushed them off as too little, too late in country ranked world's 12th most corrupt 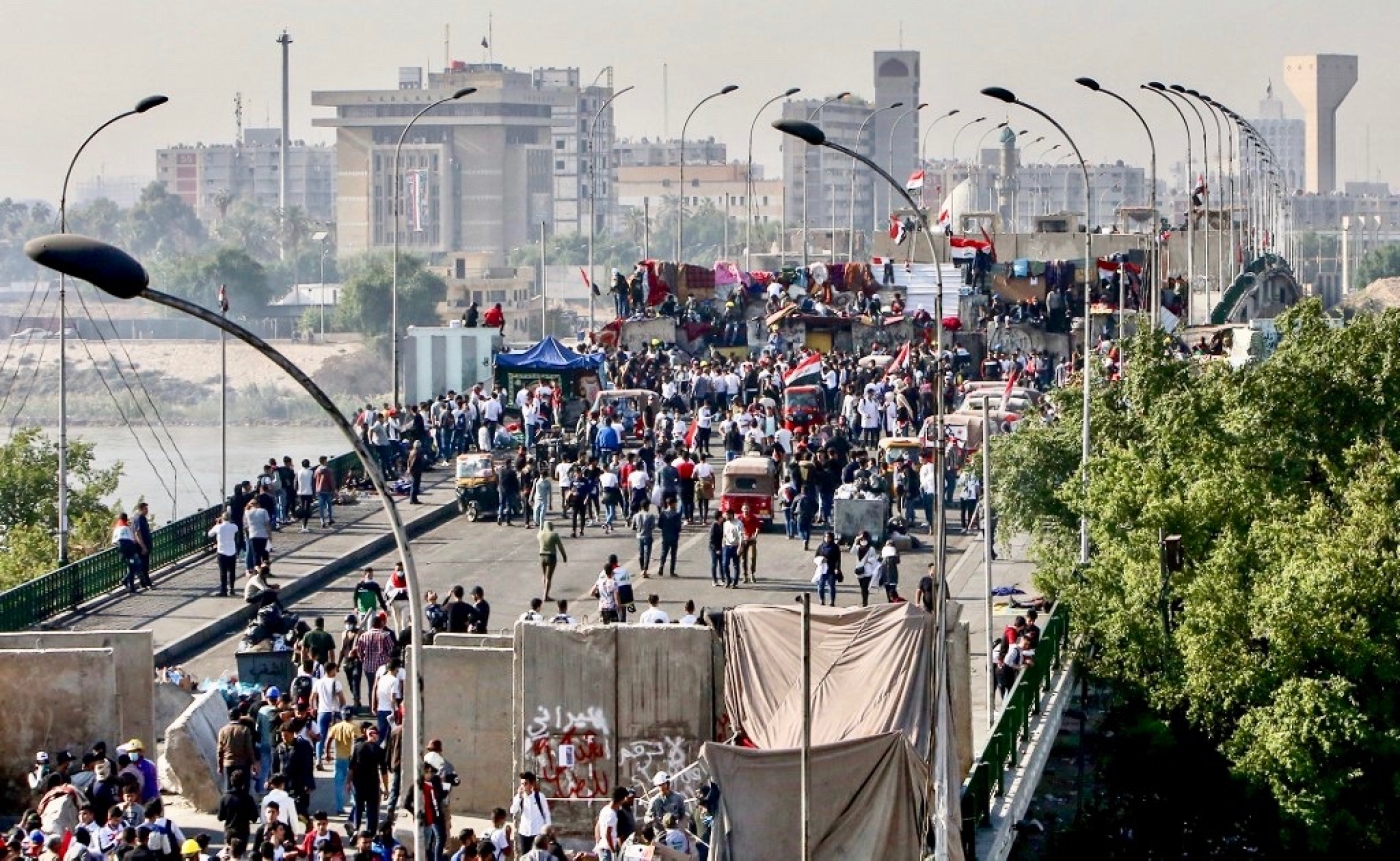 Protesters gather on Sunday near barricades on Baghdad's Sinak Bridge, which was retaken the previous day (AFP)
By
MEE and agencies

Security forces used tear gas and stun bombs to prevent protesters from getting across Ahrar Bridge in central Baghdad, in part of a weeks-long attempt to disrupt traffic and reach the Green Zone that houses government ministries and embassies.

Protesters made a barricade of cabinets, trash bins and metal sheeting on the bridge while security forces took positions behind blast walls installed to prevent protesters from crossing to the other side. Protesters who choked on the tear gas were evacuated by tuk-tuk, a Reuters cameraman said.

Sit-ins have become a go-to tactic for rallies that erupted in early October in fury over corruption, a lack of jobs and an out-of-touch political class, AFP said. Protesters have resisted efforts by security forces to stifle the gatherings, and on Sunday thousands came out across the country after activists called for a general strike. Hundreds of students skipped class to gather in Baghdad’s Tahrir Square, the beating heart of the protest movement. "No politics, no parties, this is a student awakening!" read one banner carried by a young Iraqi with a rucksack.

"We students are here to help the other protesters, and we won't retreat a single step," said a teenager wearing thick black-framed glasses.

In Hillah, south of Baghdad, students and other activists massed in front of the provincial headquarters.

"We'll keep up our protest and general strike with all Iraqis until we force the government to resign," said Hassaan al-Tufan, a lawyer and activist.

On Saturday, Iraqi demonstrators had reoccupied part of Baghdad's Sinak Bridge and a nearby tall building that security forces had pushed them away from a week earlier. They have held a third bridge, Jamhuriya, since 25 October.

More than 300 people have been killed since the beginning of mass unrest in Baghdad and southern Iraq in early October, the largest demonstrations since the fall of Saddam Hussein in 2003.

In the southern hotspots of Kut, Najaf and Diwaniyah, schools and government offices were shut as swelling crowds hit the streets.

Protesters burned tyres to block roads in the oil-rich port city of Basra and outside Nasiriyah, prompting security forces to send reinforcements. The unrest has shattered the relative calm that followed the defeat of the Islamic State group in 2017.

The protesters’ push onto Baghdad’s Ahrar Bridge was met with gunfire as well as tear gas, witnesses there told AFP. A medical source said one protester died of a trauma wound from a tear gas canister, and more than 40 others were wounded.

Iraqi security forces have come under heavy criticism for their use of live rounds - including machine gun fire - and firing of heavy-duty tear gas canisters in response to protests.

They have been accused of firing tear gas at point-blank range, leading to "gruesome" deaths and injuries when canisters pierce protesters' skulls or lungs.

On Sunday, the outgoing chief of NATO's Iraq mission told AFP the violence was "an absolute tragedy".

"While the events of the last six weeks are an absolute tragedy, NATO continues to urge restraint to the government of Iraq," said Major General Dany Fortin.

The government has proposed a laundry list of reforms in recent weeks but demonstrators have brushed them off as too little, too late in a country ranked the 12th most corrupt in the world by Transparency International.

"These steps, these reforms are just an opiate for the masses. Nothing more, nothing less," another protester said on Sunday, pointing across the Tigris to the Green Zone.

"There are so many capable young people in Iraq who are deprived, and unfortunately those are the guys who rule us," he said. 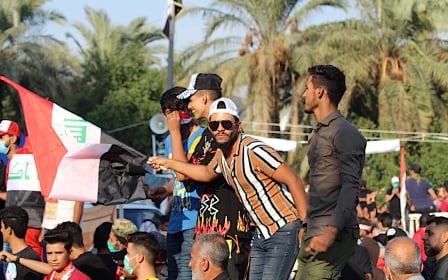 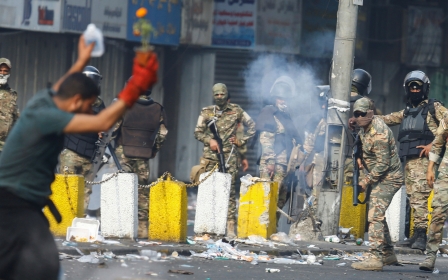