At least 16 people have been killed since protests against unemployment, power shortages and corruption began in Basra 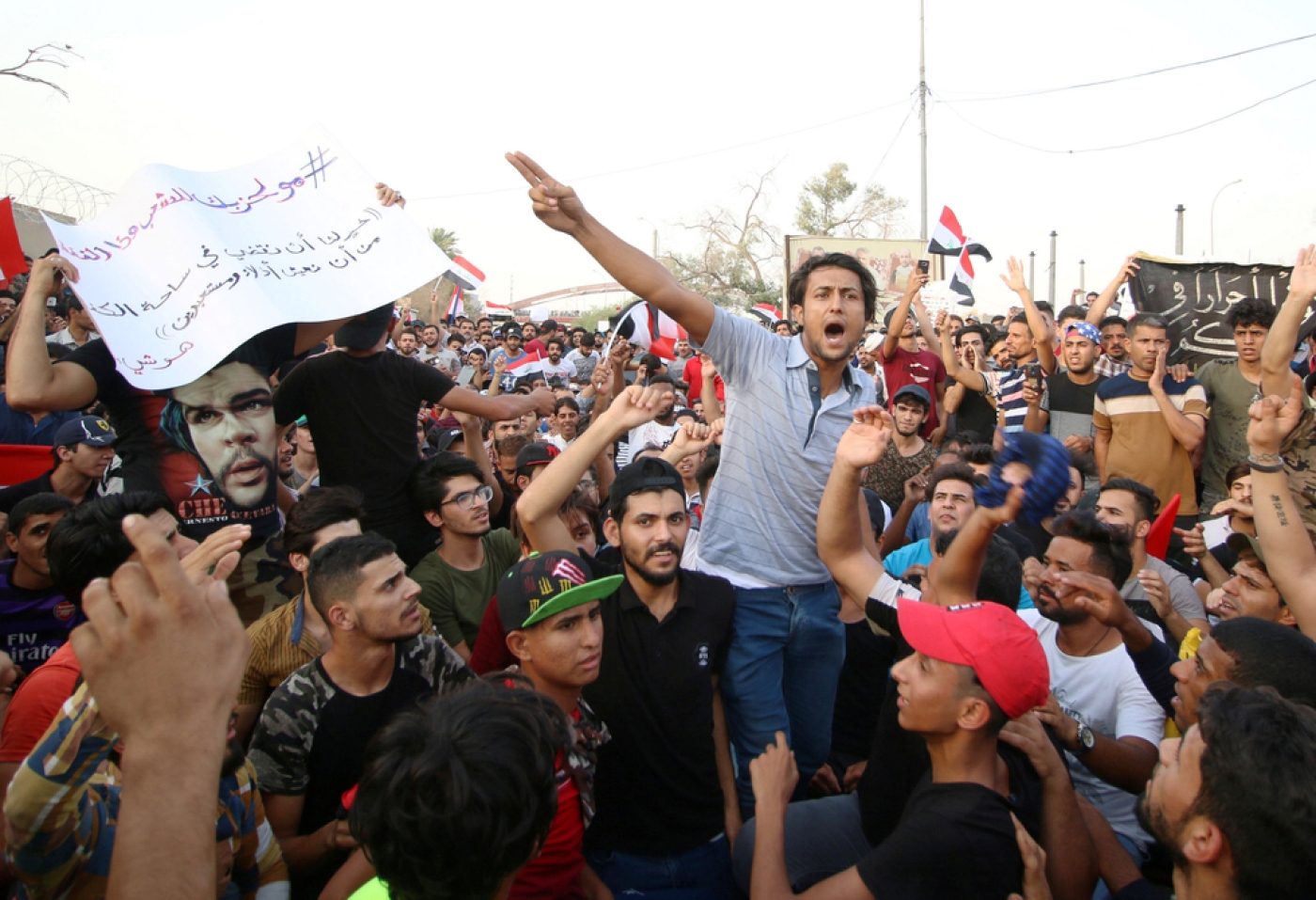 Major protests were set to take place across Iraq on Friday as anger continued to mount over power cuts, unemployment and water shortages in the south, as well as the heavy-handed government response to demonstrations.

Protesters attempted to gather in Baghdad's Tahrir Square, as well as in public spaces across the country, as a mounting death toll and reports of arbitrary arrests by security forces and militias stoked resentment.

Thousands gathered in Nasiriyah, Dhi Qar province, which has been a hotspot for protests in the south. Placards and Twitter hashtags referred to a "hunger revolution".

At least 16 people have been killed and hundreds wounded and arrested since protests began less than two weeks ago in Basra over power cuts and high water salination.

Some activists have put the death toll much higher, but repeated government shutdowns of the internet have made documenting the violence difficult. The Ministry of Defence has claimed that 274 security personnel have been injured.

In a statement on Friday, military spokesperson Brigadier General Yahya Rasool said that the "right to peaceful protest is guaranteed by the Iraqi constitution" and that Prime Minister Haider al-Abadi had "instructed the security forces to facilitate and protect peaceful protests".

However, the Iraqi High Commission for Human Rights said on Friday that 336 people had been arrested and then released during the protests in the south.

Protesters are no longer interested in political slogans, promises, or religious interference in the state. People want change and if they can’t 'see it or touch it,' if it’s not tangible, then people will not go home - they will remain on the streets

Amnesty International quoted sources in Baghdad saying that protesters were being "beaten and killed" under the cover of the internet blackouts.

"Deliberately disabling the internet is a sinister restriction to the right to freedom of expression and strongly indicates that the authorities have something to hide," said Lynn Maalouf, Amnesty International’s deputy director for the Middle East and North Africa, in a statement on Thursday.

"We fear this blackout is deliberately designed to give carte blanche to the security forces to repress peaceful activists without being recorded and held accountable."

On Thursday, the influential Shia cleric Muqtada al-Sadr, whose political alliance won Iraq's disputed 12 May election, said there should be no new government formed until the demands of protesters were met.

Politics has been deadlocked in Iraq since 12 May when the Sairoun Alliance, which includes Sadr's supporters and the Iraqi Communist Party, won the largest number of votes in a poorly attended election. The results have since been subject to a recount after reports of voter fraud.

"The winning political parties in the election have to suspend all political dialogues for forming coalitions and until they meet protesters' rightful demands," Sadr tweeted.

In addition to complaints about corruption, poor public services and a lack of jobs, many have directed their anger towards Iran, which is seen as holding overwhelming power in the country, supporting a number of armed groups.

A protest in Baghdad on Thursday evening saw protesters chanting "Not Sunni, not Shia, secular, secular!" and then stamping on the flags of Iran and the Hashd al-Shaabi, powerful militias backed by the Islamic Republic which have been accused of sectarian abuses against Sunnis:

Here is a protest in Baghdad, the protesters chant: "neither Shi'ite nor Sunni, secular..secular": pic.twitter.com/Yxt8Z4QWeK

The protests have seen the entrances to oil fields blockaded and Najaf airport has temporarily suspended its flights.

Abadi has promised the creation of 10,000 government jobs and to pump $3bn into Basra, but his promises have so far been unable to quell the unrest.

Southern Iraq is responsible for the largest bulk of Iraq's oil production, but locals have been angry that so little of the wealth generated has gone to their region.

Duaa Malik, a Washington-based analyst, said the protests were a sign of despair on the part of Iraqis that after 15 years they had seen no substantial improvements in their lives.

"Protesters are no longer interested in political slogans, promises, or religious interference in the state. People want change, and if they can't 'see it or touch it,' if it's not tangible, then people will not go home, they will remain on the streets," she told Middle East Eye.

"People in Iraq feel like they have nothing to lose, so they are willing to risk their lives to remove all politicians from public service permanently."

Former prime minister Nouri al-Maliki, who oversaw the fall of Mosul to the Islamic State (IS) group in 2014 and has been accused of helping to entrench corruption in the government, tweeted his support for the protests but was greeted by a less than positive response from some people:

@nourialmalikiiq: A message to the youth of the country, I greet you respectable guys and I salute the high patriotic spirit in you when you carried the weapon in defence of your dear Iraq and achieved victory over the criminal gangs of ISIL, you are the heart of Iraq and today you are the leaders of this movement demanding services and a free life. 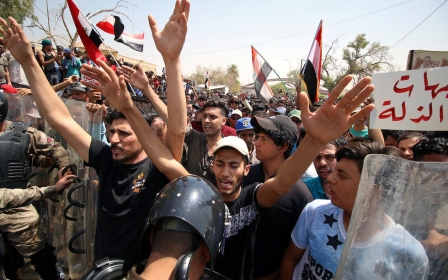 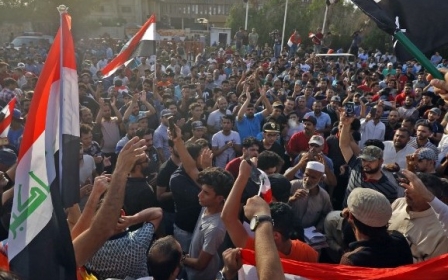 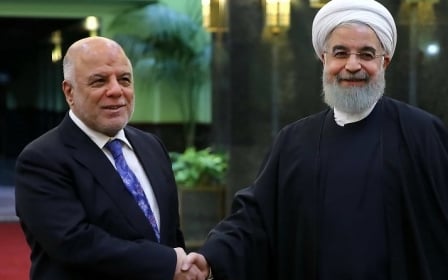