After failed negotiations and a UN resolution, Palestinian leadership says the ICC will deter Israeli crimes 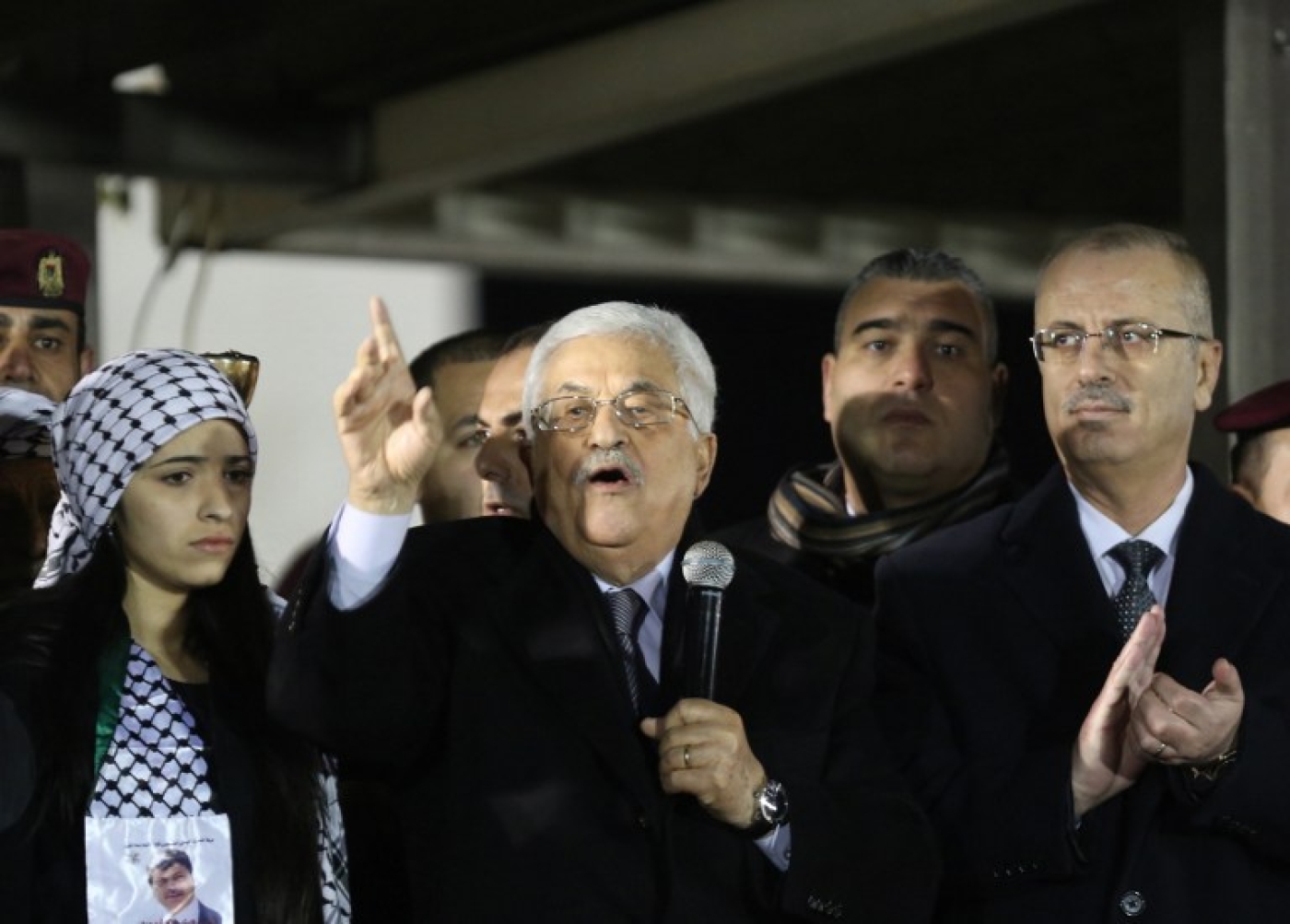 Palestinian president Mahmud Abbas signed the Treaty of Rome Wednesday night as a first step to joining the International Criminal Court, after the UN Security Council rejected a resolution to end the Israeli occupation.

The signed statute was submitted on Thursday to UN Secretary General Ban Ki Moon for his consideration as a formality for the application to join the ICC. To become a party to the court, the Palestinians must sign then ratify the treaty.

This move allows Palestinians to sue Israeli military and government officials for war crimes in the occupied territories. The ICC can prosecute individuals accused of genocide, crimes against humanity and war crimes, committed since 1 July 2002, when the court's founding treaty, the Rome Statute, came into force.

Palestinian officials affirm that the push to join the ICC is a step in the right direction and is part of a wider plan to fulfil the aspirations of the Palestinian people.

“This is part of a strategy that attempts to create a new dynamic and change the course of action that has allowed Israel to unilaterally destroy chances for peace,” said Hanan Ashrawi, member of the PLO executive committee.

“The basis of any moves from now will have to be through international law which is all part of new phase and a new era,” Ashrawi told MEE.

The application was signed at Abbas’s West Bank headquarters in Ramallah, less than 24 hours after the Security Council failed to pass a Palestinian-drafted resolution. The resolution had set a 12-month deadline to reach a final peace deal and demanded a full Israeli withdrawal from the occupied territories by the end of 2017.

Palestinian officials say the failure of the Security Council resolution was their last attempt to reach out for a negotiated peace process before turning to international legal bodies.

“We tried 20 years of negotiations with the Israelis, but these negotiations have been used by them as a smoke screen,” said Ashraf Khatib, an official in chief PLO negotiator Saeb Erekat’s office.

“After the failure in the political negotiation process last year during John Kerry’s engagement and the failure of the UN resolution, it became clear that Israel wasn’t serious about negotiations,” Khatib said.

From now on, Palestinian leadership says that negotiations will have to be set according to agreed terms.

“We have not abandoned the negotiations, it has always been part of our wider strategy. We will continue to call for peaceful negotiations but on a clear terms of reference,” said Khatib.

According to Mahmoud al-Habbash, Abu Mazen's advisor on religious and Islamic affairs, these terms dictate that: “Israel must be clear about accepting a Palestinian State with the 1967 borders, establishing a timeline for the negotiations, and accepting a deadline for Israel to pull out of Palestinian lands.”

In 2012 the UN accepted Palestine as a non-member observer state. The Palestinians' next step was the UN bid to set a timetable for an Israeli withdrawal from the West Bank and east Jerusalem, lands seized in the 1967 Arab-Israeli war.

Habbash believes that while the Palestinian leadership managed to receive UN recognition in 2012 for a Palestinian state along the 1967 borders, they must now translate this recognition to a reality on the ground.

To him, the Palestinian strategy involves a three-tier process based on negotiatiations that will now work in parallel with diplomatic - United Nations resolutions, and legal – joining the ICC – mechanisms, to establish this change.

As well as the Rome Statute, Abbas also signed a raft of other international conventions, sources said.

“Apart from the Rome Treaty, we joined another 18 international treaties and conventions, all of which including treaties on the protection of rights to the Dead Sea and women’s issues,” said Khatib.

The move drew a sharp reaction from the US State Department and a derisive response from Israel.

"We will rebuff this attempt to force diktats on us just as we repelled the Palestinian appeal to the UN Security Council," Israeli Prime Minister Benjamin Netanyahu said late on Wednesday, insisting that the Palestinians had more to fear from the court than Israel.

State Department spokesman Jeffrey Rathke said Washington was "deeply troubled" by the attempt to join the ICC, warning it would only "push the parties further apart."

"Today's action is entirely counterproductive and does nothing to further the aspirations of the Palestinian people for a sovereign and independent state," he said on Wednesday.

Rathke said the Palestinians' ICC request "badly damages the atmosphere with the very people with whom they ultimately need to make peace.

But while US and Israeli officials condemned the step, threatening to take action against the Palestinian Authority, Palestinian leadership says they are ready to face any consequences.

“The Palestinians have been threatened by Israel and the US and we don’t take these threats lightly," said Ashrawi.

“There will be consequences…[and] although it might make life difficult for us, it is time this disastrous course of actions shifts,” she told MEE referring to a raft of financial and economic threats made against the Palestinians.

But while the Palestinian Authority is now hopeful of change, Abbas had threatened to join the ICC on previous occasions, leaving many observers critical of the effectiveness of this step.

“While the PA [has] signed to join the ICC, Abbas will be satisfied with merely joining the body. It is unlikely that he will take serious steps against Israel,” said Jamal Juma, coordinator of the Stop the Wall Campaign.

“The PA is not interested in anything that could potentially put it into conflict with the US and Israel,” Juma told MEE on Wednesday.

“The Palestinian leadership has always been vague about it’s decisions because it has no real power to implement them,” said Qassem.

“Although the PA may join the ICC, they will not actually take the steps necessary to take Israel to court or hold it accountable for its crimes,” he added.

Chief negotiator Saeb Erakat said that the applications to join these organisations would go into effect in the next 90 days. He vowed that the Palestinians would return to the United Nations Security Council and would continue to advance other plans for Palestinian statehood recognition in international bodies.

The court can only pursue an individual if crimes were committed on the territory of a state party - one that signed and ratified the Rome Statute - or by a citizen of such a state.

The Palestinians in 2009 asked the ICC's prosecutor's office to investigate alleged war crimes and crimes against humanity committed by the Israeli military in Gaza. Israel has signed but not ratified the treaty, making the prospect of investigating crimes on territory it controlled extremely difficult.

Since Israel launched its military assault in early July, both Hamas and Israeli officials have accused the other of committing war crimes. If Palestine were to join the ICC, its various factions would become liable for possible prosecution.

Despite the potential for Hamas to be subject to prosecution should Palestine join the ICC, the group has been pressuring Abbas to push the process forward, MEE reported exclusively in August.

Hamas on Wednesday denounced president Abbas for the "failure" to push through a UN resolution: "This was a unilateral decision taken by Abu Mazen [Abbas] who has taken the Palestinian decision-making process hostage," Hamas spokesman Fawzi Barhum told AFP, describing it as a "new failure" by the Palestinian leader.

According to various analysts and commentators, the Palestinians had hoped to secure nine votes, needed to pass the resolution, and to push the US to use its veto power if they could not secure a yes vote or an abstention.

“Although we didn’t have high expectations of the Security Council resolution passing, this step was necessary as a diplomatic step before taking up legal mechanisms,” said Habbash.

“We can now say that we tried to negotiate peace through the UNSC, but failed. Joining the ICC is necessary to complete this goal and to protect the Palestinians from Israeli crimes,” Habbash told MEE. 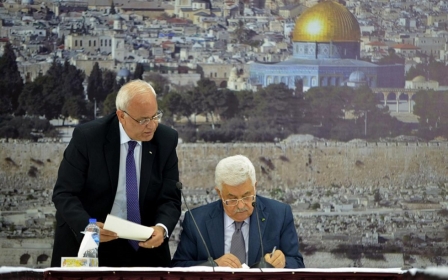 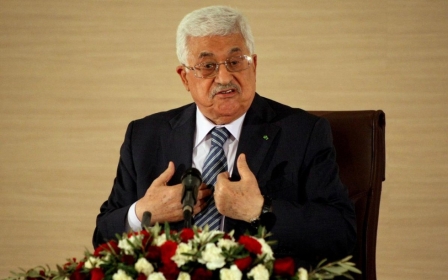 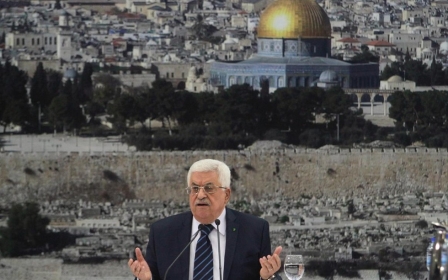