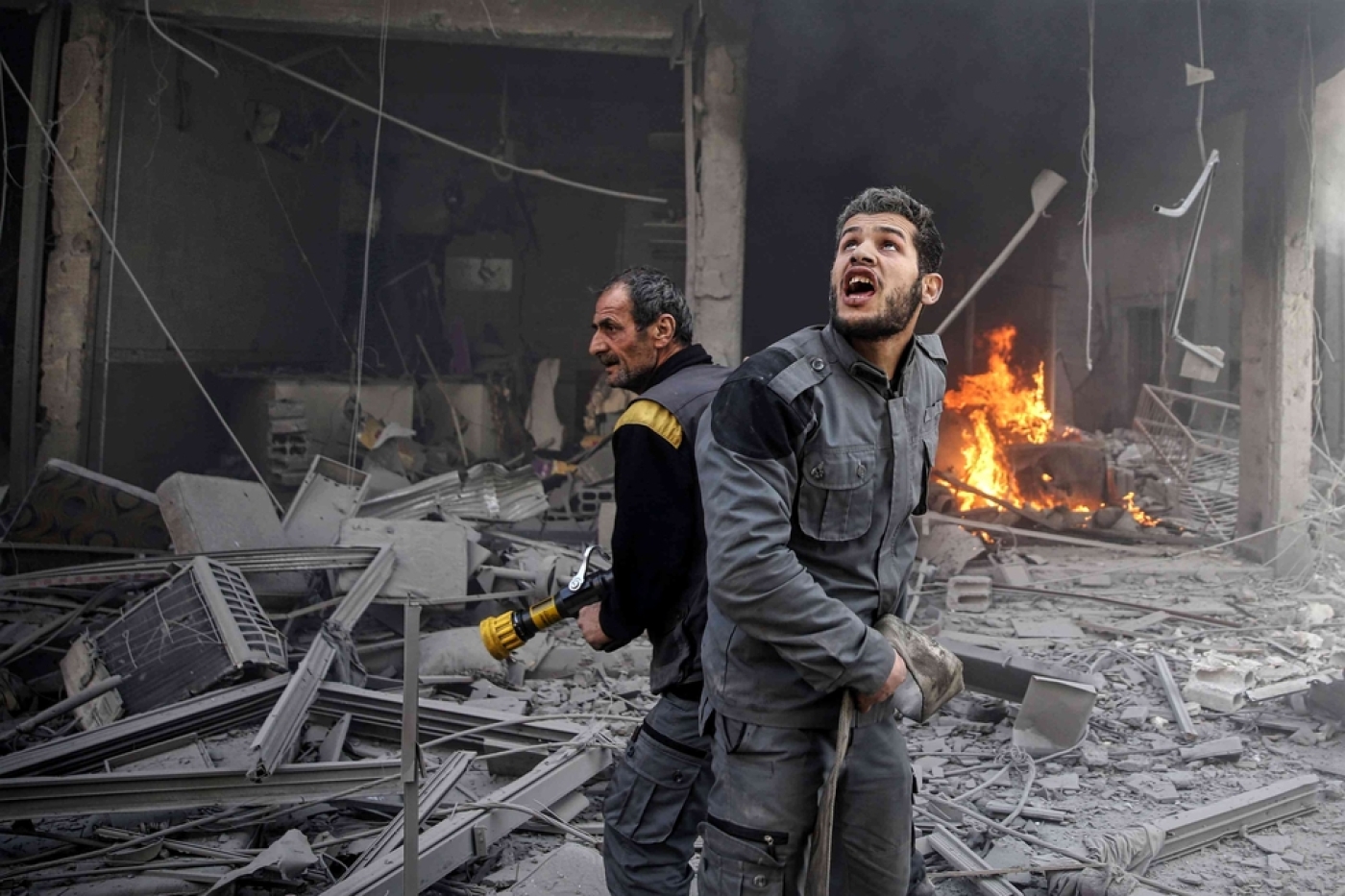 "On the instructions of the Russian president, with the goal of avoiding civilian casualties in Eastern Ghouta, from 27 February - tomorrow - from 9.00 to 14.00 there will be a humanitarian pause," Defence Minister Sergei Shoigu was quoted as saying by Russian agencies.

The announcement comes after fresh bombardment by the Syrian government on Monday killed at least 10 in Eastern Ghouta, including nine members of the same family, a monitor said.

Air strikes destroyed a building in Douma, the main town in the Eastern Ghouta area east of Damascus, and buried alive an entire family, the Syrian Observatory for Human Rights said.

The strikes come as desperate civilians trapped in one of the most ferocious assaults of Syria's civil war awaited aid and medical help on Monday after government air strikes pounded Eastern Ghouta despite UN ceasefire demands.

Meanwhile, UN Secretary-General Antonio Guterres on Monday demanded that a Security Council resolution for a 30-day ceasefire in war-ravaged Syria be "immediately implemented and sustained".

More than 500 people have been killed in a major bombing campaign by President Bashar al-Assad's forces that has hammered the enclave on the edge of Damascus for over a week.

The resolution had raised hopes of stemming the bloodshed, but after clashes continued on Sunday it was unclear when or how broadly the ceasefire would be implemented.

Russia is a key ally of Assad's government. In a phone call on Sunday, German Chancellor Angela Merkel and French President Emmanuel Macron urged President Vladimir Putin to use his influence to reach a truce.

They called on Russia "to exercise maximum pressure on the Syrian regime to achieve an immediate suspension of air raids and fighting," Merkel's office said.

In Douma, the main town in Eastern Ghouta, fresh air raids and artillery strikes could be heard on Sunday, an AFP correspondent said.

On Sunday, air strikes on the last pocket of Islamic State militants in eastern Syria also killed at least 25 civilians, including seven children, a monitor said on Monday.

The strikes were conducted around the village of Al-Shaafah, north of the former IS bastion of Albu Kamal near the border with Iraq.

The head of the Britain-based Observatory, Rami Abdel Rahman, said the air strikes were carried out by the US-led coalition.

"Twenty-five civilians, including seven children, were killed in the village of Al-Shaafah and in surrounding desert areas in coalition strikes all through Sunday," he said.

"This village is in the last pocket controlled by IS in the east of Syria," he said of Al-Shaafah, which lies on the eastern bank of the Euphrates River.

Air strikes against militant forces holding out in remote areas of Deir Ezzor province have killed dozens of civilians in recent weeks, many of them relatives of the fighters.

At least 14 civilians including three children were killed in strikes on Sunday, said SOHR, bringing the total number of dead in the week to 530, among them over 130 children.

A child died and at least 13 other people suffered breathing difficulties after a suspected chemical attack on Sunday in a Syrian rebel enclave under intense regime bombardment, said the Observatory and a medic who treated those affected.

The Syrian American Medical Society, which supports a hospital in the besieged area, posted pictures on Twitter of small children using breathing apparatus.

"We confirm that 16 patients, including six children & four women, suffering from symptoms indicative to exposure to chemical compounds were treated" at the facility, it said.

Russia's defence ministry said "leaders of armed groups are preparing a provocation to use toxic substances to accuse the regime of using chemical weapons," in a statement that also said the situation in Eastern Ghouta "continued to worsen".

An aid worker in Douma, quoted by British charity Save the Children, said a brief pause in bombing had prompted people to emerge after a week sheltering in basements.

"Some people had no food to eat for two or three days," the unnamed aid worker said.

Observatory chief Rami Abdel Rahman said there appeared to be fewer air strikes but that fighting had intensified on the ground.

The Britain-based group uses a network of sources across Syria to monitor the country's conflict.

Mohamed Alloush, a key figure in Jaish al-Islam, tweeted that the rebels were "resisting" bids by regime forces to enter the region.

Eastern Ghouta, home to some 400,000 people, is surrounded by government-controlled territory and its residents are unwilling or unable to flee.

The two main rebel groups controlling the enclave - Jaish al-Islam and Faylaq al-Rahman - welcomed the Security Council demand, but vowed to fight back if there were renewed attacks.

UN diplomats say the resolution was watered down to ensure it was not vetoed by Russia, which has provided diplomatic and military support to Assad's government.

Language specifying that the ceasefire would start 72 hours after adoption was scrapped and the term "immediate" was dropped in reference to aid deliveries and evacuations.

In another concession, the ceasefire would not apply to operations against the Islamic State group or Al-Qaeda, along with "individuals, groups, undertakings and entities" associated with the groups.

The head of the army in Iran, another key Assad ally, said the Syrian military would continue to target "terrorist groups" in Eastern Ghouta.

Assad's government and its allies routinely describe all opposition forces as "terrorists".

"The zones on the periphery of Damascus... are not covered by the ceasefire and the offensives and clearing operations by the Syrian army will continue," said Mohammad Bagheri, according to the official IRNA news agency.

Guterres, who has described Eastern Ghouta under the bombardment as "hell on Earth," said the ceasefire must be "immediately" implemented.

In the enclave, news of the UN vote made little impact.

"I don't think this decision will be implemented. It will be respected neither by the regime nor Russia," said Douma resident Abu Mazen.

"We can't trust Russia or the regime. We are used to their betrayals."

Rebels in Eastern Ghouta have also been firing into Damascus.

Around 20 people have been killed in eastern districts of the capital since 18 February, according to state media.

More than 340,000 people have been killed and millions driven from the homes in Syria's war, which next month enters its eighth year with no diplomatic solution in sight. 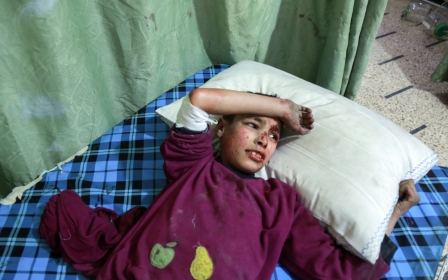 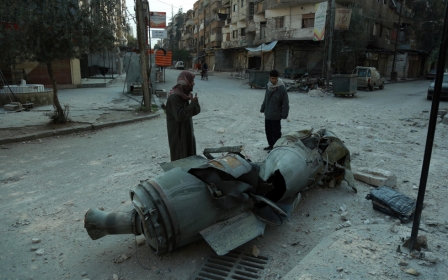 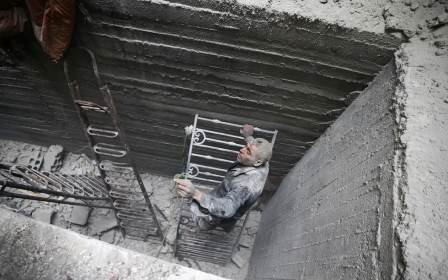