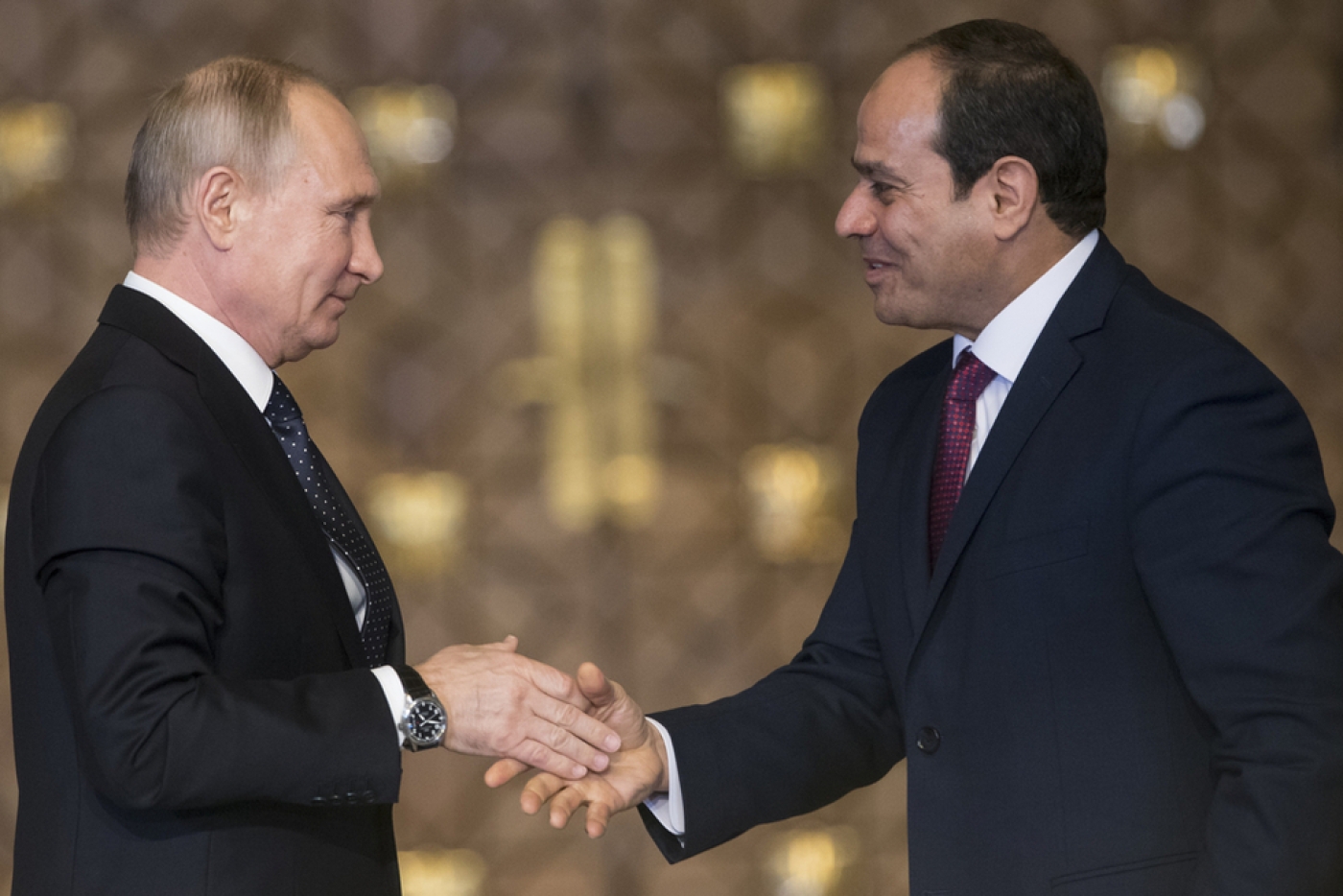 Following his whistle-stop trip to Syria, Russian President Vladimir Putin arrived in Egypt on Monday, where the two countries signed an agreement on nuclear power.

Before landing in Egypt to meet with Egyptian President Fateh Abdel al Sisi, Putin briefly visited a Russian base in Syria where he ordered Russian forces to start withdrawing from the country after a two-year military campaign.

During the visit to Cairo, Egypt and Russia signed an agreement to start work on Egypt's Dabaa nuclear power plant, state television showed.

They were also to discuss the resumption of Russian flights to Egypt as soon as possible, a presidential spokesman told MENA state news agency.

Neither Washington nor Moscow: Egypt plays both sides but so does Russia
Alexey Khlebnikov
Read More »

Moscow halted civilian air traffic to Egypt in 2015 after militants bombed a Russian Metrojet flight leaving from the tourist resort of Sharm el-Sheikh, killing all 224 people onboard.

Russian state nuclear company Rosatom said on Monday the Dabaa nuclear station it will build in Egypt will have four reactors and cost up to $21bn, with construction expected to finish by 2029.

Moscow and Cairo signed an initial agreement in 2015 for Russia to build the plant, with Russia extending a loan to Egypt to cover the cost of construction.

The high-level Russian visit comes after the US government in August decided to deny Egypt $95.7m in aid and to delay another $195m because of its failure to make progress on human rights and democratic norms.

Russia launched a military operation to support Syrian President Bashar al-Assad in September 2015, and there are signs Moscow is keen to expand its military presence in the region further.

In November, Russia's government published a draft agreement between Russia and Egypt allowing both countries to use each other’s airspace and air bases for their military planes.

Putin has been steadily building relations with Egypt. In 2015, during his first visit to Cairo, he was the first leader of a major power to meet with Sisi after the former Egyptian army commander ousted President Mohamed Morsi in 2013.

That prompted Washington to cool relations with Egypt, and the US government suspended some military aid.

Since then, the two leaders have increased cooperation, reviving the historical alliance between Egypt and the Soviet Union of the 1970s.

Cairo had moved closer to the United States when Washington brokered a peace deal with Israel in 1979.

Libya is a particular interest, where Egypt and Russia have both backed commander Khalifa Haftar who has become one of the most influential leaders in the country since it fell into factional fighting after a 2011 uprising.

US officials also said in March that Russia had deployed special forces in Egypt near the border with Libya, at the Sidi Barrani base.

Egyptian sources said another base was also in use this year. Moscow denied those claims.