Greece has begun its forced deportations of migrants to Turkey. The EU says the deal will prevent deaths, critics say it compounds misery 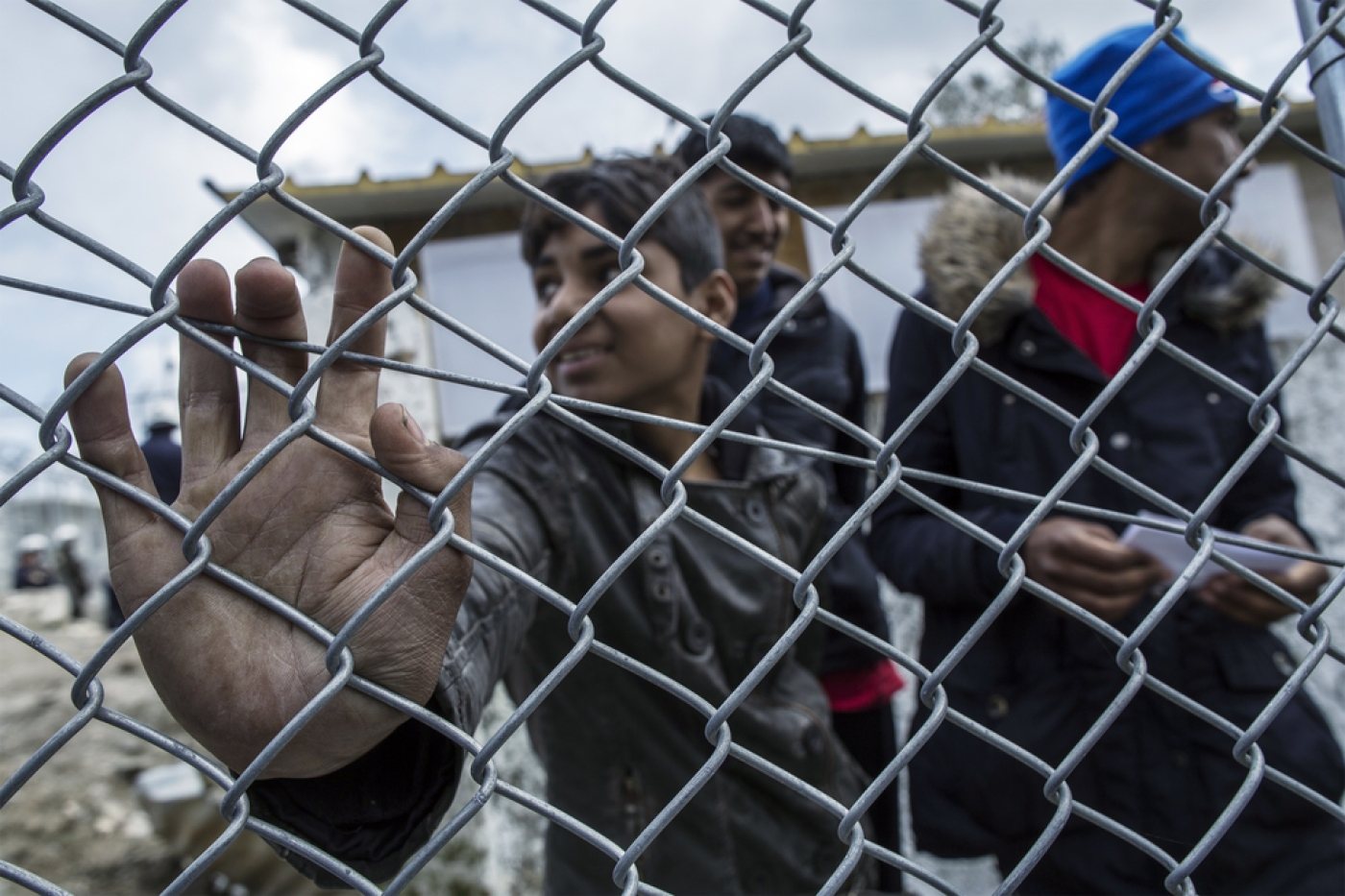 Boys stand inside the Moria camp, on Lesbos (AFP)
By
MEE

What is the deal?

Anyone arriving illegally in Greece after 20 March will be sent back to Turkey if their asylum application is rejected, or if they fail to apply at all.

The EU has said that people found to be “requiring international protection” will be accepted if they apply for asylum through the official channels.

In exchange for every person returned, the EU will resettle one Syrian refugee stuck in camps across Turkey. Priority will be given to those who have not previously tried to enter the EU illegally.

The EU has said the deal is aimed at slowing the uncontrolled, dangerous and deadly journeys people have been undergoing to reach the European mainland.

A statement from the EU called the deal "a temporary and extraordinary measure which is necessary to end the human suffering and restore public order".

What does Turkey get?

In exchange for accepting those who are returned, Turkish nationals will soon have access to the EU’s passport-free Schengen Zone, allowing them visa-free travel around European countries that are part of the zone. This will probably begin in June this year.

The EU has also pledged $3.3bn in aid to Turkey to help with the refugee crisis. This includes working with Turkey along the border with Syria to “improve humanitarian conditions”.

Finally, both sides have agreed to increasing talks about Turkey’s bid to join the EU, with discussions due to begin in July.

What does the EU get?

Under the agreement, Turkey is obliged to “take any necessary measures to prevent new sea or land routes for illegal migration opening from Turkey to the EU”.

The hope is that the current crisis facing Greece will be eased by increased co-operation from Turkey.

In order to qualify for EU membership, the deal obliges Turkey to “take the necessary steps to fulfil the remaining requirements” for membership. This is thought to be a reference to Turkey’s questionable human rights record.

What happens to the people caught in the middle?

Anyone arriving in Greece illegally or who has their asylum application rejected will be sent back to Turkey.

The EU has said people will still have the applications processed individually.

According to the UN, thousands of people are now being held in a state of limbo on the Greek islands as they await their fate.

The agency said conditions are becoming increasingly poor as people are not being allowed to continue their journeys.

When did it start?

The deal came into effect on 20 March, meaning any Syrian refugees arriving in Greece after this date would fall under the ‘one-in-one-out’ agreement.

Returns began on 4 April, with reports that at least two boats carrying refugees and been seen leaving Greece for Turkey that morning.

Who does it affect?

The resettlement part of the deal only applies to Syrian refugees because Afghans, Pakistanis and other nationalities are not deemed entitled to European protection.

These nationalities could be sent back to Turkey under a different part of the agreement, but this will not lead to anyone being resettled in Europe.

Iraqis also have a chance of being settled in Europe under international protection, and it is not clear what their return would mean for the one in one out deal.

How have people reacted to it?

There has been anger, protests and violence in both Greece and Turkey over the deal.

On Chios, a Greek island where many asylum seekers land, clashes around a registration prompted migrants and refugees to walk out and a medical charity extracted its staff because of the risk.

Refugees on Lesbos said they would jump in the sea if they were sent back to Turkey.

In the Turkish port of Dikili, where many of the boats will arrive, there were demonstrations against the setting up of a refugee camp.

Protests were held on Monday at the Greek port of Mytilene, from where the first people were being deported.

Three days before the returns were due to begin, hundreds fled from the Greek camp in which they were being held, while others tried to sail from Greece to Italy.

How many people has this affected so far?

About 500 people are due to be returned to Turkey by Wednesday, but Turkey is currently hosting 2.7 million Syrian refugees, many of whom want to be resettled in Europe.

The EU has capped the resettlement numbers at 72,000, meaning the deal will be restructured after this number is reached.

Since the deal was announced, about 4,000 people have been stuck in Greece waiting to have their applications for asylum processed.

Why are human rights groups against the deal?

Rights groups, including Amnesty International and Human Rights Watch, have criticised the deal as breaking EU law, and also being a breach of the UN refugee convention.

The convention bans mass expulsions of any people under any circumstances; something rights groups argue is going to be the upshot of this agreement.

The EU argues that they will be assessing claims individually, but the recent classification of Turkey as a safe third country for refugees, a status that is being used to justify the return deal, it is likely many people will be sent there en masse.

What is a safe third country, and is Turkey one?

If a country is not going to keep an asylum seeker in situ while their application is being processed, they need to be sent on to somewhere that is safe for them to remain while the paper work is being assessed.

This means that their life and well-being can not be in danger in the country they are sent to by the country processing their application.

Turkey has not previously been designated a safe third country, in part because it is not a full signatory of the UN refugee convention.

Turkey has granted temporary protections to Syrian nationals, including temporary work visas and access to healthcare and education.

Rights groups, however, argues that the reality is quite different, with many Syrians being denied work and living in poverty. Non-Syrians have no protected status, and therefore even fewer rights.

A recent report by Amnesty International said that Turkey was illegally expelling about 100 people each day, forcing them back across the border to Syria, something Turkey has denied.