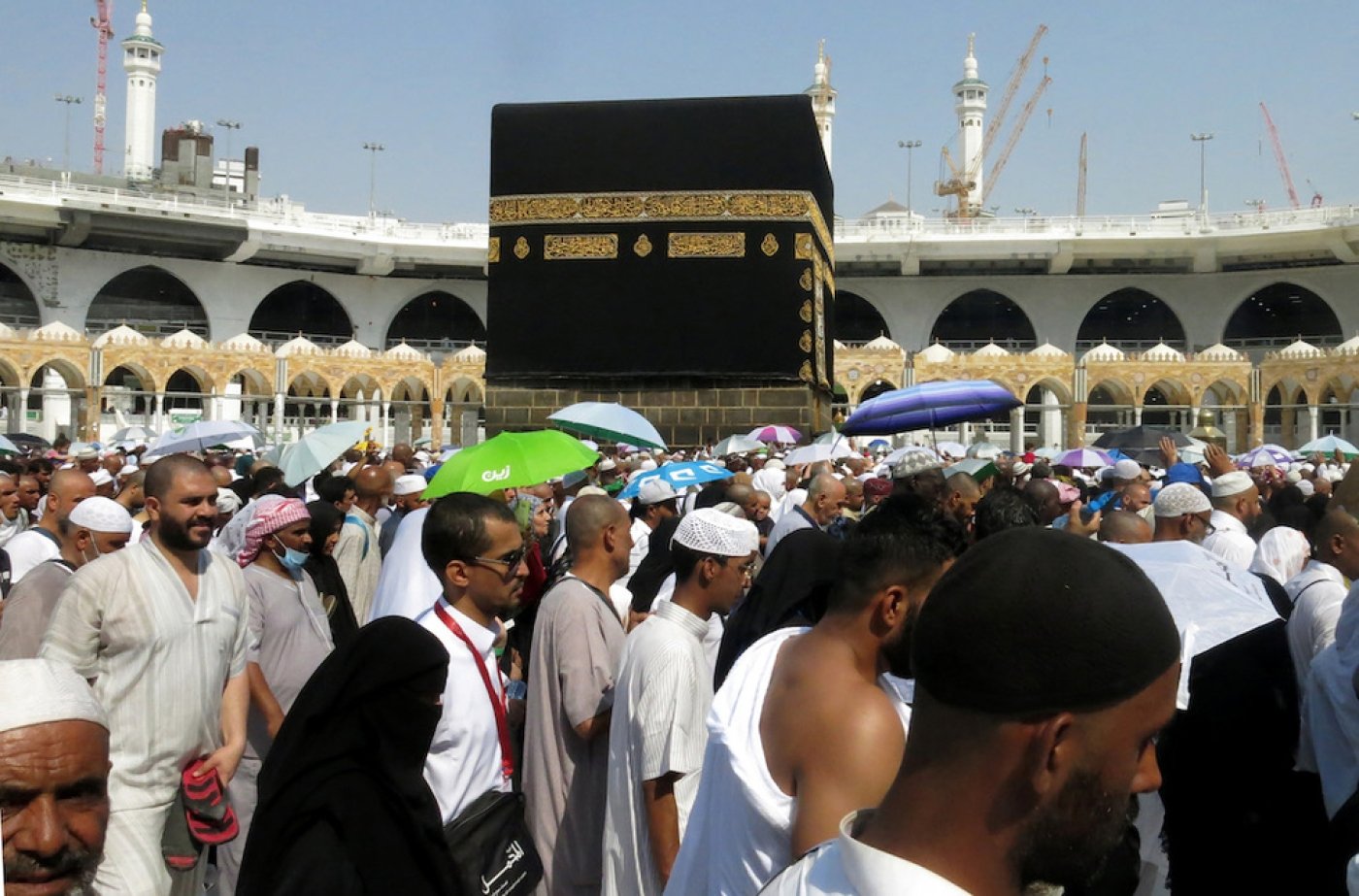 Muslim pilgrims from around the world circle the Kaaba at the Grand Mosque, in the Saudi city of Mecca on 14 September 2016 (AFP)
By
MEE and agencies

Qatar has attacked as "politically motivated" a decision by Saudi Arabia to add restrictions on Qatari citizens travelling to the kingdom for Hajj.

The state-backed National Human Rights Council (NHRC) said on Saturday that Qataris citizens were being told that they could only enter Saudi through two airports and that they would have to travel via the Qatari capital of Doha to be allowed in.

The NHRC said in a statement that it was "extremely concerned over [Saudi Arabia] politicising religious rituals and using [Hajj] to achieve political gains".

"The Saudi authorities have allowed the Qatari pilgrims to enter Saudi Arabia only through two airports via Qatar only, thus any Qatari citizen located outside Qatar must first return to Qatar then travel to Saudi Arabia," it said.

According to Al Jazeera, the NHRC said it had filed a complaint with the UN special rapporteur on freedom of belief and religion over the restrictions, which it said were in "stark violation of international laws and agreements that guarantee the right to worship".

Qatar's foreign minister on Thursday accused Arab states of violating international law in their boycott of the country and described the UN as the "right place" for Doha to seek options to overcome measures imposed against it.

Saudi Arabia, Egypt, the United Arab Emirates (UAE) and Bahrain severed relations with Qatar on 5 June, accusing the major gas-exporting Gulf state of financing terrorism and cosying up to their arch-rival Iran. Doha denies the charges.

The four states have cut air and sea links with Qatar and sanctioned dozens of groups and individuals. The UAE said on Saturday that Qatar needed to change its policies before a dialogue could take place.

"The state of Qatar is not going to spare any effort in order to overcome those violations and try to solve it through the right channels. The United Nations is the right platform to start from," he said without giving further details.

"We hope to see a diplomatic solution at the regional level through genuine engagement from their side," she told Reuters, adding that the United Nations has an important role to play in countering terrorism and that the countries would keep Guterres and the Security Council updated.

In June, Qatar asked the Montreal-based UN aviation agency to intervene after its Gulf neighbours closed their airspace to Qatar flights.

Egypt last week accused Qatar of adopting a "pro-terrorist" policy that violated UN Security Council resolutions and described it as "shameful" that the 15-member body has not held Qatar accountable.

Any push to impose UN sanctions would likely be difficult as it needs either consensus approval behind closed doors by the Security Council or a vote on a resolution, which would need nine votes in favour and no vetoes.

Efforts by Kuwait to mediate in the dispute have so far yielded little progress.