An Airbus A330 of Saudia airline company, also known as Saudi Arabian Airlines, lands in Toulouse (AFP)
By
MEE and agencies

Saudi Airlines said it had not been given permission by Qatar to transport pilgrims from Doha to Mecca for the annual Hajj pilgrimage, according to Saudi state news.

According to Al-Arabiya, the airline said it had so far been unable to schedule flights to transport Qatari pilgrims from Hamad International Airport in Doha due to a lack of permission from the latter's side.

"Saudi Arabian Airlines director general Saleh al-Jasser has said that the airline has thus far been unable to schedule flights to transport Qatari pilgrims from Hamad International Airport in Doha as Qatari authorities have not allowed the aircraft to land," read a report on the SPA news agency.

More than 20,000 Muslims from Qatar have applied for visas for this year’s Hajj, but Qatar has only been given a quota of 1,600.

On Thursday, Saudi reopened the blockaded land border with Qatar for pilgrims, in a move that Doha welcomed but saw as "politically motivated" as regional tensions simmer.

The Salwa border crossing, a key passage for Muslims on the annual Hajj pilgrimage, has been closed since June in a diplomatic crisis that saw Riyadh and its regional allies cut relations with Doha over allegations that the emirate supported Islamist extremists.

Qatar has denied the charge and in turn accused Riyadh of politicising the Hajj by restricting its citizens from making the pilgrimage to Mecca, the holiest site in Islam that is located in western Saudi Arabia.

Around 120 Qataris entered Saudi territory on Thursday through the Salwa border, also known as Abu Samrah, Saudi state television reported, after King Salman called for the border to be opened for pilgrims without electronic permits.

Qatar welcomed the decision but also lashed out at what it called Riyadh's politicisation of religious freedoms.

"Regardless of the manner in which pilgrims from Qatar were banned from the pilgrimage, which was politically motivated ... the government of Qatar welcomes the decision and will respond positively," Qatari Foreign Minister Mohammed bin Abdulrahman al-Thani told reporters on a visit to Stockholm.

"What matters to us is the bottom line, which is that our citizens now have a way to attend the Hajj, and we uphold our demand that Hajj be spared politicisation."

Dr Ali Bin Samikh al-Marri, the chairman of National Human Rights Committee in Doha, has warned that the lives of Qatari pilgrims on Hajj were being endangered by claims in the Saudi media that Qatar is behind attempts by the Houthis and Iran to bomb Mecca.

Marri told Middle East Eye in early August that the claims amounted to “hate speech" and were making an already difficult situation for the Hajj pilgrims from Qatar worse.

“These claims are coming from the official media in Saudi. They are saying that Qatar, the Houthis and Iran are planning to bomb Mecca. What do you think the reaction of ordinary Saudis will be when they hear this? This is hate speech and its not safe for Qatari citizens to go to Hajj this year," he said.

He added that Qatar had asked for assurances the Hajj pilgrims would not be treated in the same way as pilgrims on Umra (pilgrimage to Mecca outside the Hajj period), who were deported two days after the blockade was announced. It had not get them.

The Hajj, a pillar of Islam that capable Muslims must perform at least once, is to take place this year at the start of September and it is expected to draw around two million Muslims from around the world. 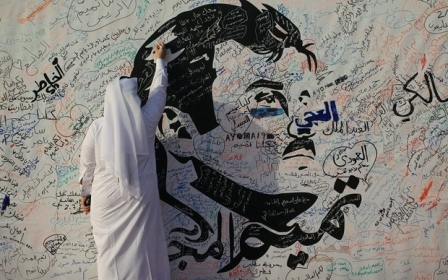