Qatar to boost gas output as it faces diplomatic crisis 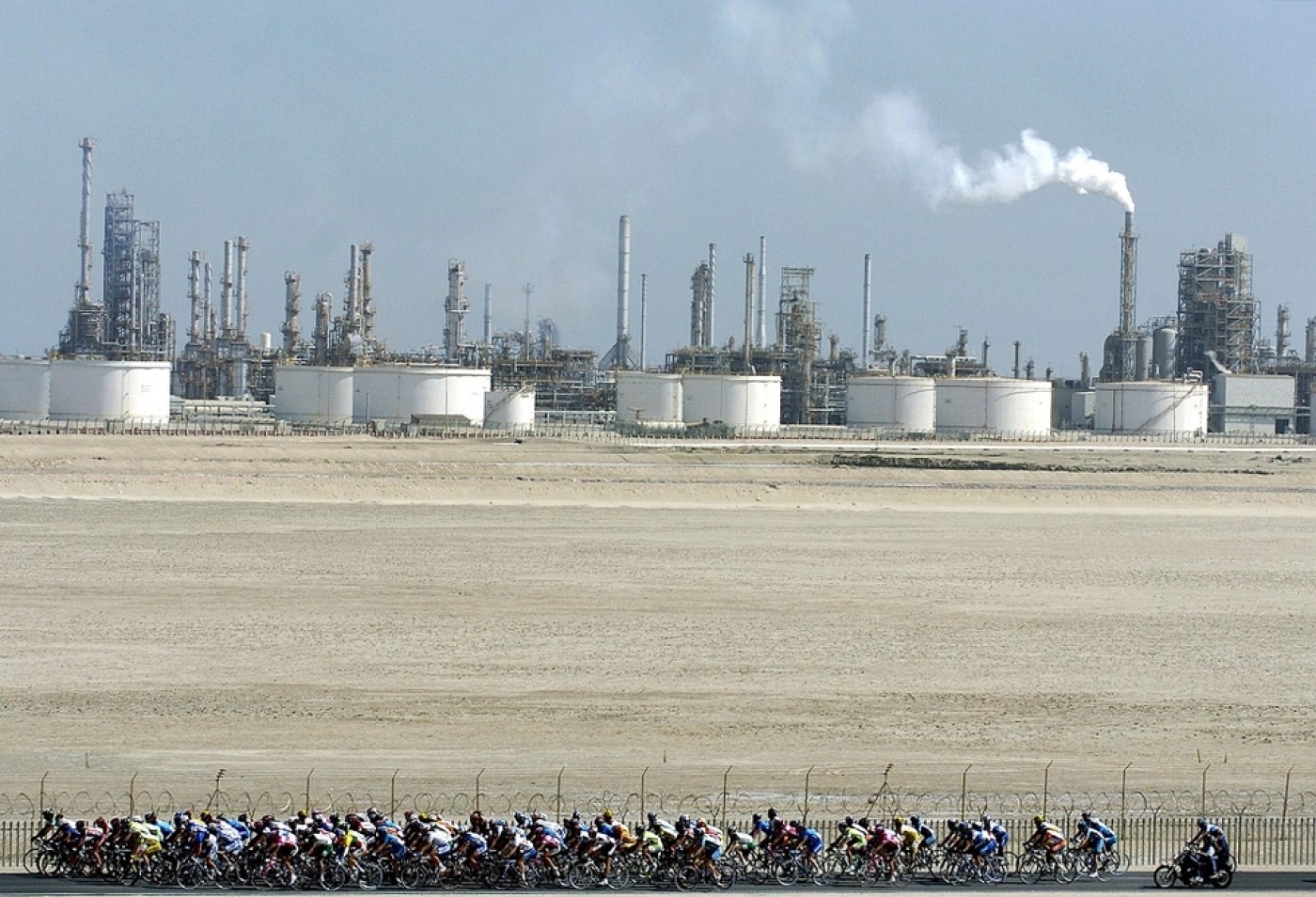 Cyclists ride past a Qatari industrial site near Doha. Qatar said it would boost production of LPG to 100 million tonnes a year by 2024 (AFP)
By
AFP

Qatar said on Tuesday it plans to increase natural gas production by 30 percent over the next several years, as it faces pressure from its neighbours in a diplomatic crisis.

State-owned Qatar Petroleum said it would go ahead with the output boost regardless of whether or not Saudi Arabia and its allies maintain a sweeping embargo they imposed last month.

The company's head, Saad Sherida al-Kaabi, said the emirate intends to raise production to 100 million tonnes a year by 2024 by doubling the size of a project in the world's largest gas field.

Kaabi said the decision to expand production by the equivalent of six million barrels of oil per day would cement the country's position as a world leader in the gas industry.

Qatar Petroleum had already said in April that it was lifting a self-imposed ban on development in the huge offshore North Field, which it shares with Iran and where the additional output will come from.

The timing of the latest announcement is likely to be seen as much political as economic as Qatar is locked in the Gulf's worst diplomatic crisis in years.

On Monday, the emirate gave its response to a 13-point list of demands its neighbours made for lifting their sanctions.

Kaabi said Qatar wanted the production increase to be carried out through a joint venture with international companies.

But he added that the emirate would still go ahead with it even if Saudi Arabia and its allies made good on their threat to sanction any international firm working with Qatar if it failed to meet their demands.

"We have absolutely no fear of having the embargo in place," he said.

"Regarding the... possibility of embargo countries asking some of the international companies or contractors not to work with us, we absolutely do not have any issue with that.

"The companies that choose not to work with us - that's fine, that's their choice.

"If we run out of companies that will join us... if there are no companies willing to work with us, we will go to 100 million, 100 percent."

One of the richest countries in the world, Qatar's vast wealth has largely been built on gas production.

In 1997, when its first shipment of LNG sailed to Japan, Qatar's exports were valued at around $5bn.

That figure had reached $125bn by 2014, according to trade data site the Observatory of Economic Complexity. Gulf Tensions
ANALYSIS: A quandary for Qatar, and a global crisis in the making