More than 300,000 Egyptians work in Qatar - but many are afraid of what may happen to them as the Gulf crisis shows no signs of abating 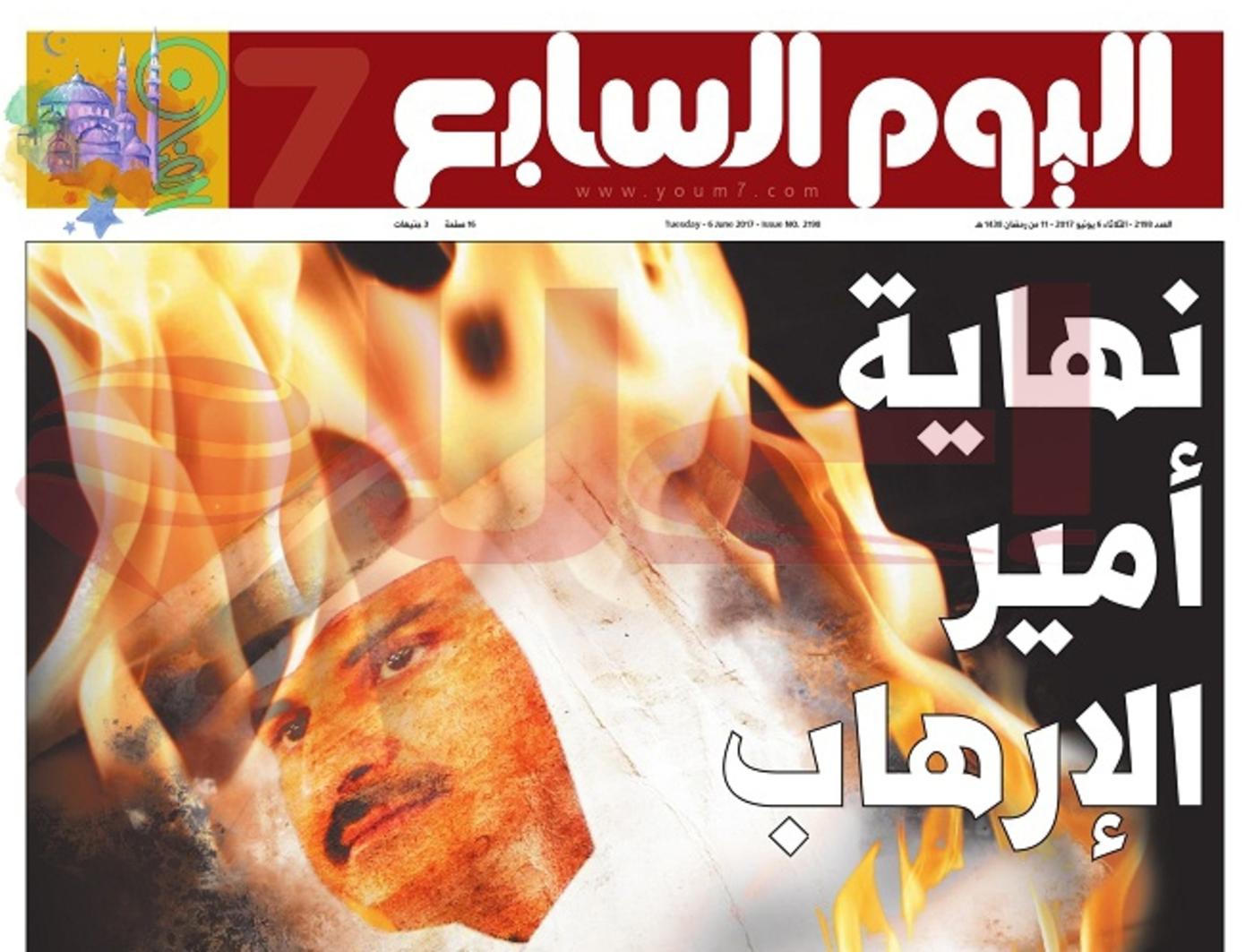 For the first time in nine years, Awad, an Egyptian science teacher working in Qatar, didn’t spend Eid as usual with his family back in Alexandria.

He was afraid to fly back to Egypt, after several Arab and Gulf states, including the Egyptian government, imposed a boycott on the emirate three weeks ago.

“It is not safe going back now,” says Awad who, like many of those interviewed by Middle East Eye, asked that his real name not be used for fear of reprisals.

“I booked my ticket months before, but it is not worth the risk of travelling and not coming back. As much as I want to see my family, I don’t want to lose the income I have here.”

Around 300,000 Egyptian nationals work in Qatar. They regard it as an escape from the economic troubles plaguing their country, as well as offering a better lifestyle and more political freedom.

'It is not safe going back now... As much as I want to see my family, I don’t want to lose the income I have here'

But Cairo has been lobbying against the emirate and is one of the strongest advocates against Doha, along with Saudi Arabia and UAE. It accuses Qatar of supporting terrorism and specifically the Muslim Brotherhood, which has been outlawed by the government of Egyptian President Abdel Fattah Al-Sisi since he came to power in July 2013.

Since then thousands of supporters of the Brotherhood have been killed in protests, raids and clashes. Many members of the group escaped the crackdown and fled to Qatar, from where they have mounted opposition to the Sisi government.

The Egyptian government says that the boycott will not impact its expats living in Qatar. Mohamed Saafan, minister of labour, told Egyptian media that the “Qatari market cannot withstand the departure of Egyptian labour, otherwise it will collapse,” adding that the country “welcomes its sons if they want to return.”

And Nabila Makram, minister of expatriate affairs and migration, said that “whoever wants to return we can offer them a job.”

But Saed, a restaurant worker currently working in Qatar, told MEE:  “I wish she was telling the truth. If there was a job waiting for me with a decent, or let’s say humane, income, I will take my family and return to Egypt."

Egypt has been here before, albeit on a smaller scale. In February 2015 Cairo carried out air strikes in Libya after the deaths of 20 Coptic Egyptians, forcing its nationals to cross back over the border.

“After Egypt started to intervene in Libya, my brother and hundreds others were harassed and lost their contracts and had to return home,” said Saed. “Plus, they were interrogated by the state security.”

Mohamed, a computer engineer who is originally from Giza, said that expecting all Egyptians to be given work if they return home is unrealistic.

“This is a typical statement from an Egyptian official in a time of crisis. I would be very interested in knowing how the government, which just raised the price of sugar to 10 EGP, will accommodate all these returning thousands.

“Most of the people here are not cheap labour. Egyptians occupy very diverse types of professions, from judges and professors to labourers and factory workers."

The fact is, Egypt needs the cash of its expats. In 2016, remittances from Egyptians abroad topped $1bn. The majority of professions occupied by educated Egyptians in Qatar are with academic institutions, multi-national companies and government.

'If you declare a country as a terrorist supporter, then you might as well detain nationals in it as terrorism affiliates. Who knows?'

Mohamed echoes the fears of many in the expat community: that their Qatari work contracts will be terminated; or they will be harassed by Egyptian security on their return lest they have links to the Brotherhood. No cases have been reported – but the paranoia remains.

Metwally, a medical representative for a pharmaceutical company in Doha, said:  “If you declare a country as a terrorist supporter, then you might as well detain nationals in it as terrorism affiliates. Who knows? They did this in Iraq after the invasion. Hundreds were interrogated in the state security apparatus.”

Egyptian media has taken a celebratory and aggressive tone against Qatar during the boycott.

The pro-government newspaper Al-Youm Al-Sabe, owned by businessman Ahmed Abu Hashima, published a picture of Qatar's ruling emir, Sheikh Tamim bin Hamad al-Thani, with the headline, “The end of the prince of terrorism.”

The website Egypt Today, also owned by Abu Hashima, illustrated Tamim surrounded by the Al Jazeera logo and the emblems of militant groups.

Before the crisis, journalist Khaled Salah, editor in chief of Al-Youm Al-Sabe, called for military action against Qatar “for them to feel terrorism”. And talk show host Wael Al-Ibrashi said “the dignity and security of nations have a price. Every Egyptian is willing to pay that price.” He also argued that the Egyptian state was willing to present this “sacrifice”.

But this “sacrifice” is what bothers Ahmed, a physics teacher at a preparatory school, who has lived in Qatar since 1996.

“People don't understand that [working] relations here are professional," he said. "They need professional labour, we come here and get paid well for that. It is not like other Gulf countries, where abuse takes place between workers and managers or business owners.”

Ahmed didn't fear any action by his Qatari employers: he recalls that nothing happened during similar diplomatic disturbances in 1996, when Qatar accused Egypt, Saudi Arabia and Bahrain of complicity in a coup attempt.

'Some Egyptians even apologised to their Qatari counterparts, explaining that the Egyptian media does not represent all Egyptians'

Instead, his concern is more the risk of overnight escalation from the Egyptian government which, he said, “doesn't really care about the people as much as about the publicity."

Sajda, who works as an economic analyst for an auditing company, told Middle East Eye: “Egyptians have to understand that what is said on TV in official statements is one thing, and what is taking place in business is another. For example, around 200 Qatari companies are still working in Egypt, offering thousands of jobs, while some companies of so-called ‘allies’ have withdrawn or stopped dealing with the Egyptian market.”

Tamer, who works as mechanical engineer in Qatar, added: “Unlike in Saudi Arabia, where the kafala system is still in place and lets people control the fate of other people, we are obliged to work by our contracts. To be honest, in my own circles, no Egyptian national has been harassed or threatened to leave his work.” Politics, he said, are not discussed at work.

Many Egyptians, Tamer added, felt obliged to explain to Qataris that the political decisions were “stunts by the regime rather than well-thought out decisions. Some Egyptians even apologised to their Qatari counterparts, explaining that the Egyptian media does not represent all Egyptians.”

Has Qatar crisis proved a distraction?

Not all Egyptians in Qatar are against going home.

Moataz, an information technology officer for a bank, told Middle East Eye that he doesn't share the pessimism of his compatriots.

“I am not concerned with the Egyptians in Qatar,” he says. “I am concerned about the Egyptians in Egypt whose economic conditions are worsening day after day. Egyptians want to feel and believe that their country was the spearhead in this manoeuvre, and not just following the desires of the kingdom of Saudi Arabia and UAE."

He also said the Gulf crisis had distracted the Egyptian public from another issue. On 13 June, the Egyptian parliament approved Cairo’s sale of two Red Sea islands to Riyadh, despite an earlier court decision which annulled the agreement.

“While the media were inciting against Qatar, the government sold the two Islands of Tiran and Sanafir to Saudi Arabia and the parliament approved the deal," said Moataz.

But most Egyptians in Qatar take a different tone. Not all are political - but they are critical and fear what Cairo is doing could hurt their benefits and interests.

Tamer has lived with his family in Qatar since 2012. They left Egypt after the massacre at Rabaa in 2013, which left at least 800 people dead.

He says that “Qatar is not heaven” and has its own share of hardships. “But what is guaranteed here is some basic rights, which makes it suitable to live and prosper. Some people say that because you live in Qatar, then you are a Brotherhood member, which is not true.

“My family was against Morsi and his government, including me. Things have changed now, as the new military-minded regime is failing to achieve anything.”

Tamer said that the boycott “will not put bread on the table” of a lower-class Egyptian family, that the majority of Egyptians will not benefit or lose. “The only loss will be the [Al Jazeera] beIN sports channels subscription.” 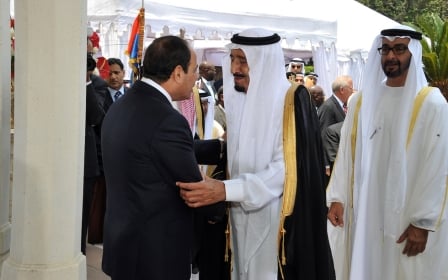