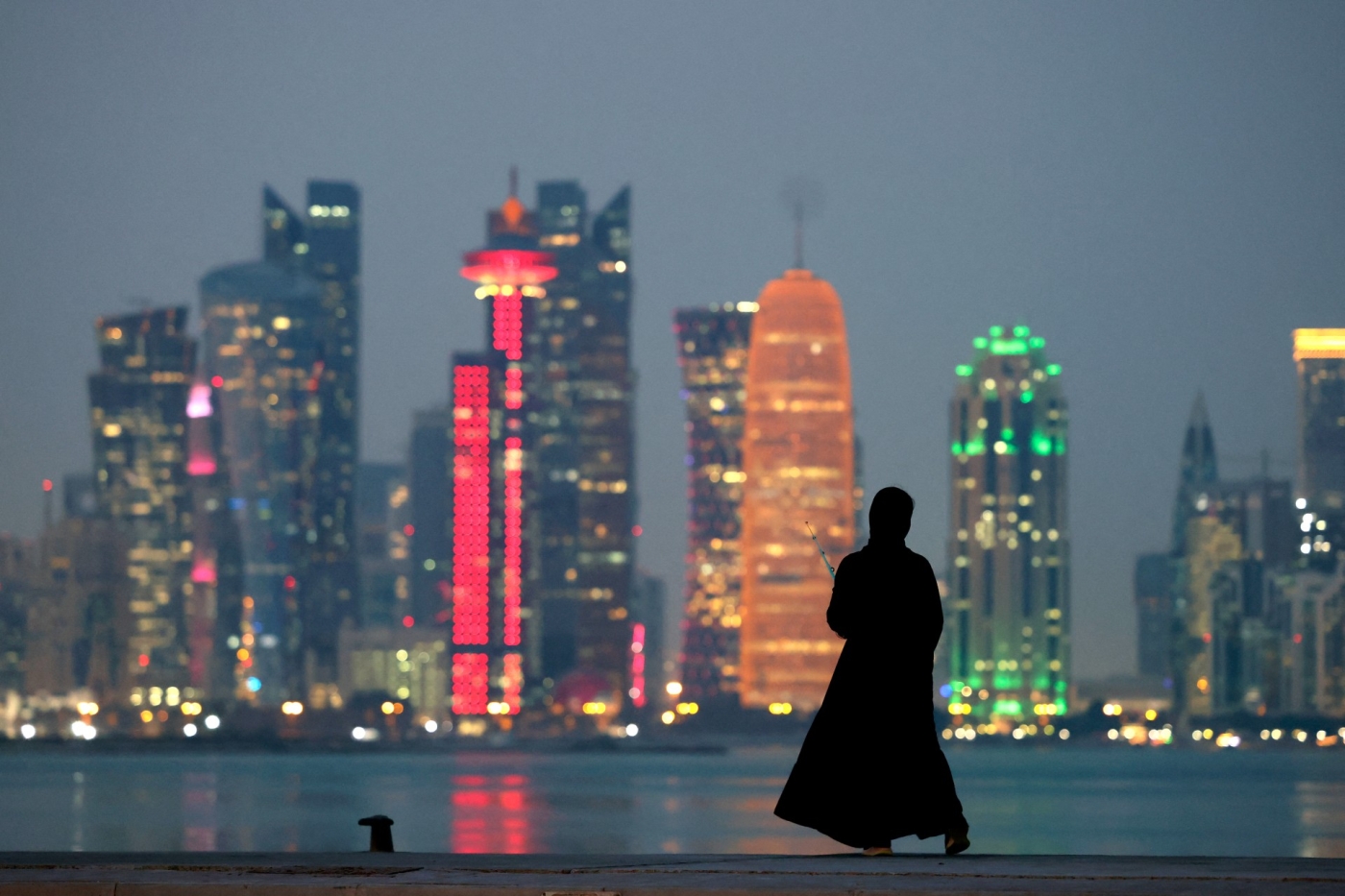 When it was announced 12 years ago that Qatar would host the 2022 World Cup, residents wondered how a small Gulf emirate would be able to cope with an estimated 1.2 million visitors over the course of five weeks.

In the ensuing years, the country embarked on a massive modernisation, construction, and greening project of the otherwise dusty capital, Doha. The total bill for those decade-long efforts has ballooned beyond $229bn, but as the November start of the tournament grows nearer, foreign residents are starting to feel the pinch.

Over the last few weeks, more and more foreign residents have started to open up about the efforts of hotels and property managers to exponentially increase rents, halt renewals of rental agreements, or outright cancel contracts with tenants. 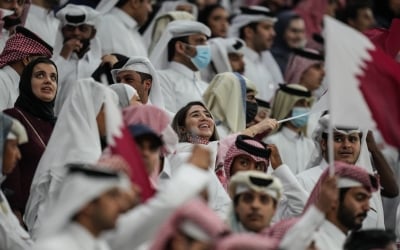 Though most of the conversations are still relegated to phone calls and WhatsApp messages, the concerns have slowly started to make it to social media, with Deux Moi-style anonymous posts about overly aggressive landlords and management companies trying to squeeze tenants out.

“There’s a brewing anxiety here,” one resident told Middle East Eye of the increasing number of landlords trying to pressure people out of their homes in the lead-up to the World Cup.

Residents told MEE they started receiving warnings about changes to their rental agreements as early as last September. The first warning signs were the annual rent increases. Traditionally, residents can expect a 10 percent bump, but this year, they have received alerts that their rents would increase by anywhere from 20 to 35 percent.

This includes high-profile residences like The Pearl-Qatar, an artificial island development that is home to the likes of Versace, Hermes, and Ferrari, where rents for a one-bedroom apartment usually range between $1,600 and $2,500 a month.

The residents said they suspect that if tenants move out, property owners are hoping to double the rent for any potential tenant from October to December 2022. With Airbnb rentals currently ranging between $31,200 and more than $300,000 (in The Pearl) for the 28 days of the games, the worried residents said landlords will likely feel emboldened to keep hiking up rental prices during the World Cup.

These reports coincide with warnings from real estate analysts. Johnny Archer, head of research and consulting at Cushman & Wakefield, an international commercial real estate firm, said last month that anticipation for the games has led to the first rental increases in Qatar since 2015.

“We expect to see further upward pressure in apartment rents as availability becomes scarcer ahead of the World Cup," Archer said. "Landlords are increasingly likely to demand two-year contracts to capitalise on the rental inflation and lessen the impact of reduced demand in 2023.”

'They’re making us leave our homes'

That assessment matches up with the experience of residents spoken to by MEE, who said that they are being asked to sign two-year contracts at increased prices, at best, or being told to vacate, at worst.

“Everyone knows the World Cup is coming and there's a shortage in accommodation," a resident at The Pearl-Qatar told MEE. "That’s why they want to increase the price by 20 percent for two years. After the World Cup demand will decrease.”

The Pearl-Qatar resident said she was not given the option to renew, even at hiked-up prices, and was instead told her contract, which was not due to expire until later this year, was coming to an end.

She said several of her neighbours were given the same order. “They’re making us leave our homes.”

Football fans are the priority

A recent Reuters report corroborated this, saying that many new apartment and villa developments are being allocated specifically for World Cup fans, who will need in excess of 64,000 rooms. In April, Qatari local media reported that in the last quarter of 2021, rental listings in Doha and its surrounding areas saw increases of between 36 and 45 percent.

She said residents suspect that the property owners will furnish their semi-furnished apartments, knowing “they can easily get $500 per night per bedroom” throughout the course of the World Cup.

In response to a tweet by a local news source, one anonymous account said simply, “landlords are gouging tenants” for the tournament, a practice they see as a form of “extortion”.

Another anonymous user echoed the sentiment, saying “greedy” property owners are “exploiting” foreigners and that currently “everyone just wants to squeeze all the money” from people.

On the World Cup’s own accommodation website, a basic apartment in an older area of town runs at just under $600 a night, and a container cabin goes for a nightly rate of $207. Residents said property and hotel owners are also encouraged by both the two-night minimum stay imposed by local authorities and reports from as far back as late 2021 that all hotels in the smallest country to ever host the World Cup have been fully booked.

An aid worker whose employer has put her up in a hotel says most hotels have already stopped taking bookings beyond September. “If you call any hotel here, it doesn’t matter which one, they’ll just say there’s no room,” she says.

A researcher currently living in the city agrees: “If you go back over all of Qatar's past promises of how many hotel rooms they'd have ready for the Cup they've fallen far short of every benchmark."

Qatari authorities have promised approximately 5,000 new hotel accommodations ahead of the November kickoff. This is in addition to the fact that in 2016, the gas-rich emirate allocated 18 percent of its GDP to infrastructure projects.

One property company also operating in The Pearl-Qatar has reportedly changed the minimum length of a new rental contract from one year to two months, residents told MEE.

With most employers not raising wages or accommodation allowances, residents whose companies have not yet provided alternative housing fear they will be priced out of any other places to live for anywhere between one to three months in the late autumn and early winter.

“If you aren’t able to secure your lease now, then there’s a real dread of whether there will be available apartments in your price range at all,” a media worker said about the growing fear among residents.

'If you aren’t able to secure your lease now, then there’s a real dread of whether there will be available apartments in your price range at all'

The researcher currently based in the country said these practices are not without precedent.

When infrastructure and development projects took off in earnest in 2011, there were major plans for the areas around the Souq Waqif, a reconstructed historical market that sits in the location of a traditional bazaar, and the Msheireb neighbourhood, which has been completely redeveloped from a grubby, forgotten part of the city to a gleaming “metropolitan” quarter at a cost of $5.5bn.

To make room for this modernization, the researcher said foreigners looking for cheaper rents than the West Bay neighbourhood, home to gleaming glass and metal skyscrapers, had to be pushed out.

Landlords did this “first by increasing the rent and then by shutting off the electricity and water and finally by bulldozing the housing,” said the researcher.

A media worker currently based in Europe, said the housing worries are “the only thing” her friends still in Doha talk about.

Fear of speaking out

Doha’s inability to keep up with demand may in fact be a boon for its more glamorous neighbours, who are more used to housing foreign visitors, especially those looking for the luxury experience.

Real estate managers in Dubai, less than an hour by plane, said they have seen a noticeable uptick in short-term rentals in the emirate, including some that are going for as high as $410,000 for the month of the World Cup.

In Qatar itself, fear of repercussion by employers, property managers, and possibly the government, has left many residents hesitant to speak too freely or publicly about their growing concerns. MEE spoke to several residents in the Qatari capital, but all requested anonymity in fear of retribution. 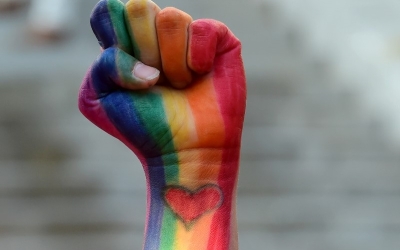 “That fear is definitely a big part of the story,” said a foreign journalist who has been living in Doha for more than five years. Though Qatar allows for peaceful assembly, residents were still hesitant to go on the record with their fears, even when posting online.

This worry is not without reason. Last year, Malcolm Bidali, a Kenyan security guard and workers’ rights activist, was detained, placed in solitary confinement, and fined more than $6,800 under charges of spreading “false news with the intent of endangering the public system of the state”.

Only a few months later, seven men protesting at a perceived exclusion of certain tribes from local elections were arrested and accused of “using social media to spread false news and stir up racial and tribal strife”. Last week, four of them were sentenced to prison over the demonstrations, two for life.

Given such cases, the journalist said residents likely fear that posts and public discussions of efforts to displace them could be seen as being “part of an organised protest” which could then lead to an adverse response.

“The anxiety is made all the more real by people facing these imminent evictions,” said the journalist. 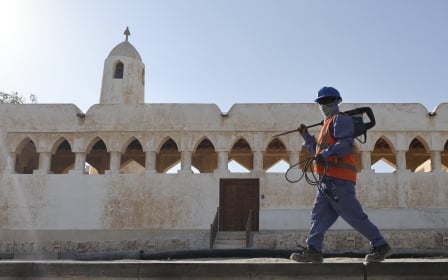 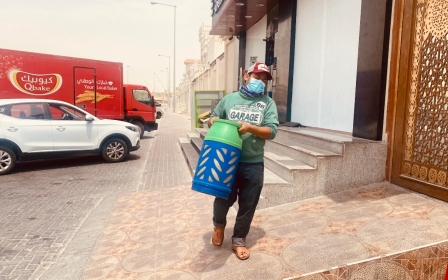 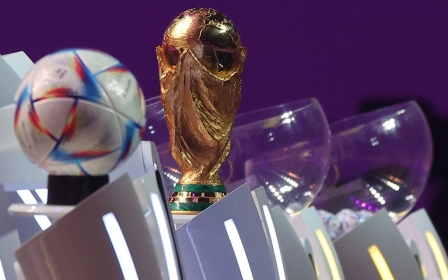