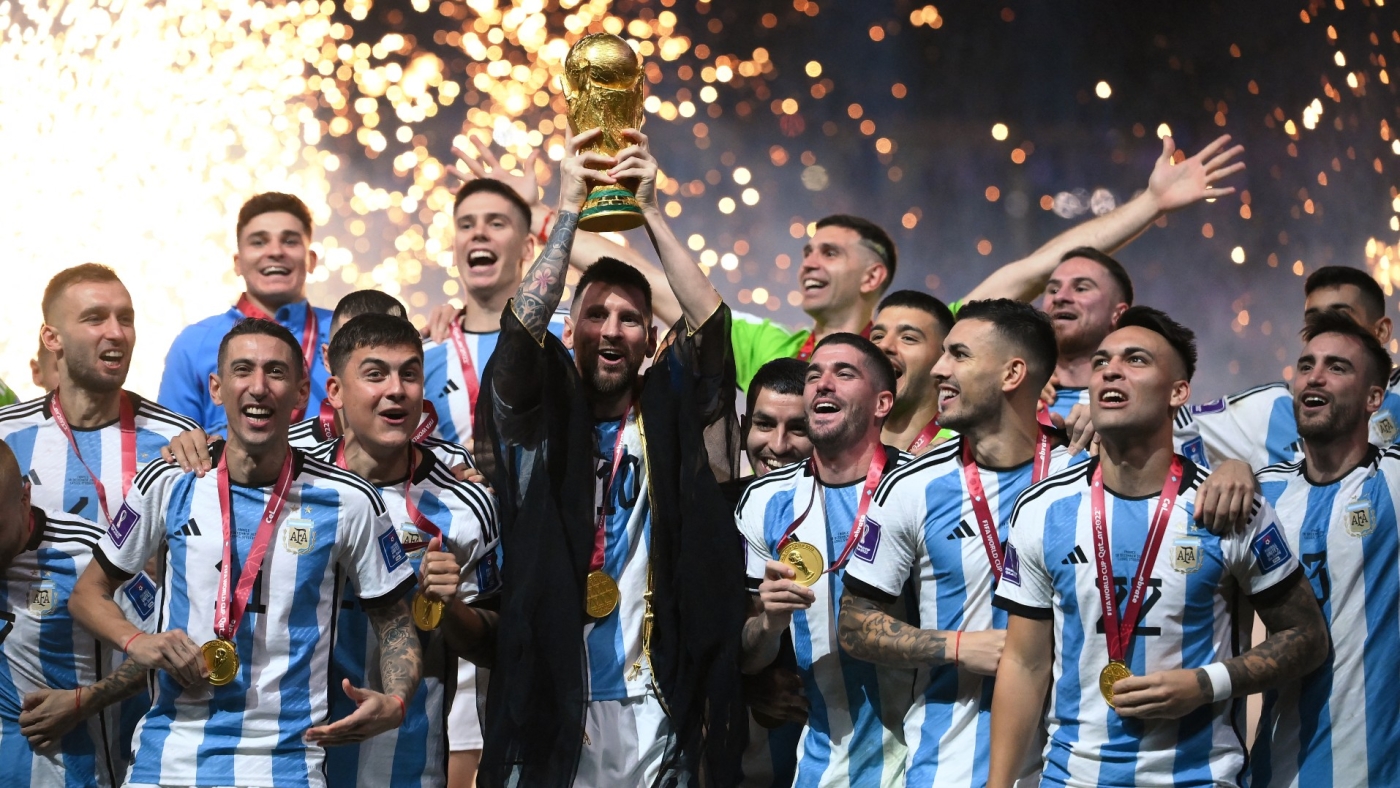 It was the biggest moment in Lionel Messi’s illustrious career, the crowning glory, the triumph in the one major trophy that had evaded the legend after four previous attempts.

Arguably the world’s greatest ever player, “the GOAT”, captained Argentina to winning the World Cup after a pulsating final against France in Qatar’s Lusail Stadium on Sunday.

And just before he lifted the trophy, he was offered a bisht, a traditional Arab cloak, by Qatari Emir Tamim bin Hamad al-Thani.

Messi obliged, putting his arms through the cloak, and lifting the most important trophy in his career whilst wearing a regional gown.

An already iconic moment, the defining image of this World Cup, became even more talked about and unique.

Was it an example of Qatari “sportswashing” - an attempt to once again use football to improve its image on a global stage, or was it an innocuous and spontaneous display of cultural appreciation?

Social media went into overdrive on the topic, with a mixture of pride, criticism and unsavoury (often later deleted) remarks.

The bisht, also known as the mishlah, aba, or abaya, is not unique to Qatar, and can be found in different forms across the Middle East. 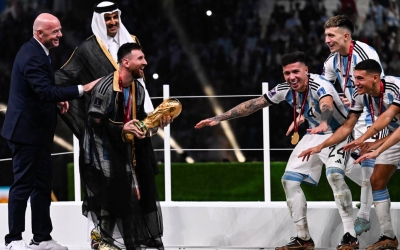 Qatar World Cup 2022: What is the bisht? Its origins and what it represents
Read More »

Originally worn in colder months by Bedouins to protect from the winter chill, it’s now saved for important occasions. Most notably it is worn by a groom on his wedding day, or by royalty on formal occasions, and can be even worn at funeral receptions.

The decision to hand the garment to Messi - who scored two goals as Argentina and France drew 3-3 before the South Americans won in a dramatic penalty shootout - was initially condemned by some commentators.

“A shame they’ve covered his shirt,” said BBC presenter Gary Lineker, to which pundit and former Argentina player Pablo Zabaleta replied “Just why? There’s no reason to do that?”

A number of journalists made insulting comments about the bisht, before deleting their tweets.

ESPN senior writer Mark Ogden lamented the pictures being “ruined by someone making him wear a cape that looks like he’s about to have a haircut”.

All three comments were subsequently deleted, and roundly criticised, with some describing them as "racist".

The Telegraph, in a now amended headline, called the wearing of the gown “A bizarre act that ruined the greatest moment in World Cup history”.

Perhaps not bizarre enough to “ruin the World Cup”, though.

Pundits: the greatest embarrassment on the podium was the traditional arabic garment being placed on Messi’s shoulders. https://t.co/SWKtYkeDba

Many fans, particularly those of Arab backgrounds, were filled with pride at the world’s best footballer wearing a traditional garment.

“I think it’s a charming gesture and adds to the historical significance of the moment on many levels,” said one social media user based in Iraq.

Dear European & American sports journalists. An Emir or head of state making you wear a bisht is a big honour, it’s like he’s symbolically knighting you. Educate yourselves on what the bisht is & keep whining cause this moment will remain an iconic moment in sports history. pic.twitter.com/b5UAN8xbpI

In Argentina itself, the reactions were mixed.

A Buenos Aires based fan, who preferred to remain anonymous, told Middle East Eye: "People were kind of pissed off... because he looked disguised with something that has nothing to do with Argentina in a historic moment."

But on social media, Argentinian commentators were generally praiseworthy about the moment, sharing information about the celebratory and honorific nature of the garment.

“Might fit the hosts, but unusual for a World Cup final, and can fairly be described as one last piece of sportswashing,” said the Independent’s Miguel Delaney.

“Something a little strange about Messi being dressed in Bisht… before lifting the World Cup. Qatar wants this to be its moment as much as it is Messi’s and Argentina’s,” added New York Times’ Tariq Panja.

Messi draped in Emir of Qatar’s shawl for trophy lift, ensuring Qatar’s imprint will always be on his triumph

But many pointed out that this wasn’t the first time a sports star had adorned local attire: Brazilian football legend Pele donned a sombrero after celebrating winning the 1970 World Cup in Mexico.

Athletes also wore olive wreaths on the podium at the 2004 Olympics in Athens, in homage to the prized headwear used in the ancient version of the games. Several sports stars have even worn bishts while visiting the Middle East.

Notably, though, Pele’s donning of the hat came after the trophy lift, and the Athens olive wreaths were a pre-agreed novelty used throughout the tournament.

Pelé wearing a Sombrero Mexican hat after winning his 3rd FIFA World Cup in 1970. What are you all mad about? pic.twitter.com/KXfheE9rfh

Whether Messi was told beforehand that he would be offered the bisht, or whether he felt obliged to wear it after being spontaneously offered it, remains unknown.

Middle East Eye has asked Fifa and Qatari officials for comment on whether it was pre-arranged, but did not hear back at the time of publication.

Hassan al-Thawadi, secretary-general of Qatar’s World Cup organising committee, said: “It is a dress for an official occasion and worn for celebrations. This was a celebration of Messi.

“The World Cup had the opportunity to showcase to the world our Arab and Muslim culture. This was not about Qatar, it was a regional celebration.” 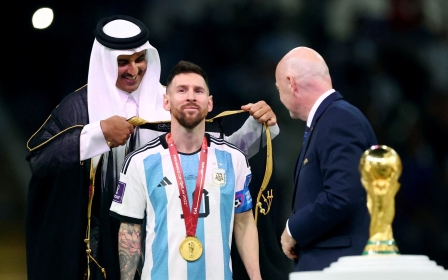 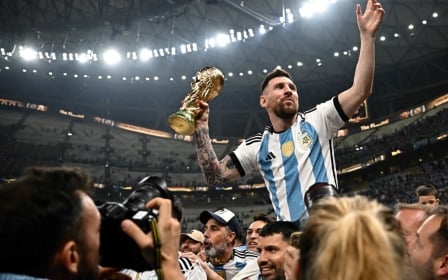 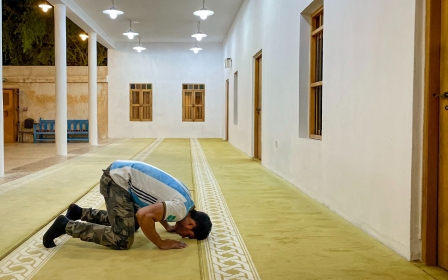