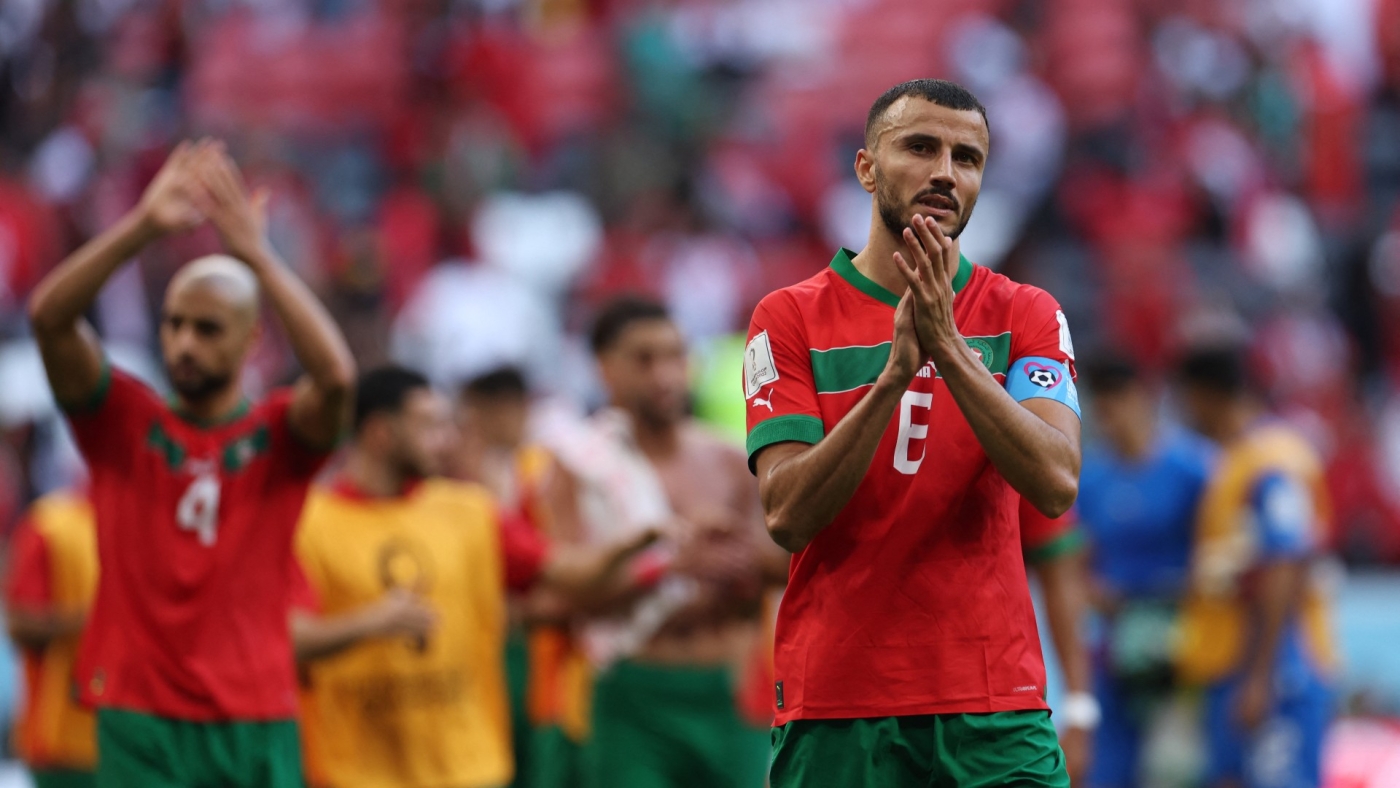 Morocco defender Romain Ghanem Saiss applauds after the 2022 World Cup match against Croatia at the Al-Bayt Stadium in Al Khor, north of Doha, on 23 November 2022 (AFP)
By
MEE staff

Morocco opened their World Cup campaign with a hard-fought 0-0 draw against Croatia, who were runners-up in the 2018 tournament.

In a game of few clear-cut chances, Croatia dominated possession but failed to break down the North African team’s defence.

The best opportunity fell to Croatian midfielder Nikola Vlasic, whose late first-half effort was saved by the legs of Morocco's goalkeeper Yassine Bounou.

The Atlas Lions, ranked 22nd in the world, 10 places below their opponents on Wednesday, were cheered on by a raucous crowd made up mostly of Morocco fans at Al-Bayt Stadium in Al-Khor, north of the Qatari capital, Doha.

Morocco’s next match will be on Sunday against Belgium, followed by the final group game against Canada on 1 December.

The result adds to a strong start for Arab teams at the first-ever tournament to be held in the Middle East, after Saudi Arabia beat Argentina 2-1 in one of the biggest shocks in World Cup history.

The Gulf kingdom declared a national holiday following the stunning victory, with all employees in the public and private sectors getting a day off work.

Tunisia also secured a crucial point after an inspiring display in a 0-0 draw with Denmark. 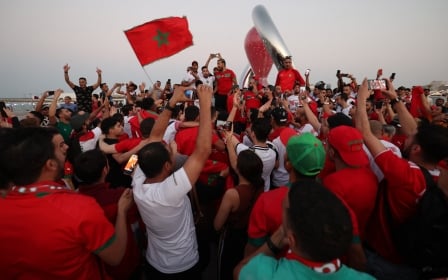