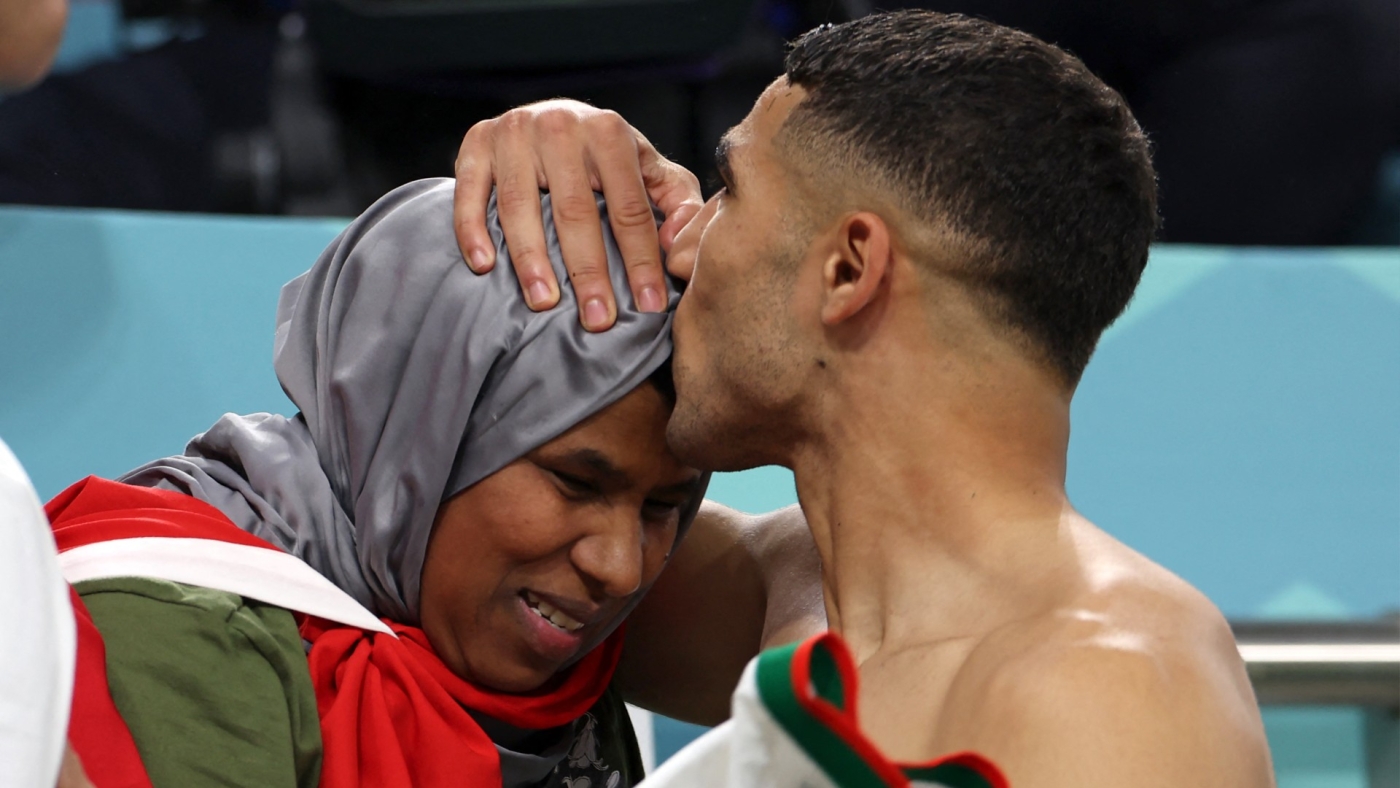 Morocco's Achraf Hakimi is greeted by his mother at the end of the World Cup Group F match against Belgium at Al-Thumama Stadium in Doha, on 27 November 2022 (AFP)
By
Rayhan Uddin

After scoring the winning penalty for Morocco against Spain, it wasn’t long before Achraf Hakimi went rushing over to his mother.

“I love you Mum,” he tweeted in Arabic following that game, with a heart emoji.

Photographers were once again primed to capture Mouh kissing her son after his team’s sensational World Cup victory on Tuesday.

Moroccan player Achraf Hakimi gets a kiss from mom after eliminating Spain from the World Cup. pic.twitter.com/cwsJ2y3ZjR

Morocco played out a tight goalless draw at Education City stadium in Doha against the winners of the 2010 World Cup, resulting in a penalty shootout.

Spain failed to score any of their first three penalties, leaving Hakimi to send them packing with a delightfully placed “Panenka” chip spot-kick.

The visibility of the Morocco team's family members has been a source of joy and inspiration for fans around the world, and has been deemed an ingredient in their historic success.

Before the tournament, Morocco’s football federation decided, in cooperation with coach Walid Regragui, that family members of the squad would be flown out to Qatar for an all-inclusive trip.

That meant that as well as having the support of tens of thousands of fans in stadiums, at the first World Cup ever to be held in an Arab country, the Atlas Lions were joined at their base in Doha’s West Bay area by their loved ones, too.

Among those to take up the opportunity to fly out to Qatar was Fatima, the mother of coach Regragui himself. 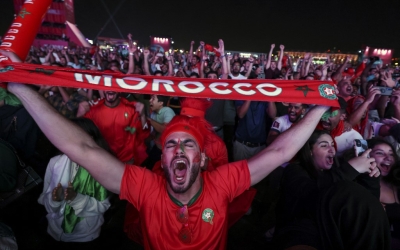 “I’ve been living in France for more than 50 years now and this is the first competition that I left Paris for,” she told Moroccan sports broadcaster Arriyadia.

“[Walid] is going to make everyone who is watching proud. Help him and he will help you,” she said to Al-Mountakhab.

“I brought him up to have [Islamic] excellence… may God bring him and everybody else ease and comfort.”

After the famous victory over Spain, several Moroccan players climbed into the stands to celebrate with friends and family.

Among them were striker Youssef En-Nesyri, who was filmed emotionally hugging and kissing his father.

"What's getting lost in the jubilation over the Morocco win is the tactical naivete of the Spanish. Enrique failed to bring Arab moms who believe their sons are the best thing on earth no matter what," joked writer Omar D Foda.

In a video widely shared online, the mother of Morocco's heroic goalkeeper Yassine "Bono" Bounou prays for her son's success before he faces a penalty from Spain's Sergio Busquets - which is then duly saved by the Moroccan.

After Bono and his teammates' exploits, they will now face Portugal in the quarter-finals on Saturday, becoming the first Middle East and North Africa team in the last eight since Turkey in 2002.

A mother’s prayer is worth more than gold, this is Bono’s mother praying for him😂❤️ pic.twitter.com/TATwlMMULw

Hakimi, whose parents migrated from Morocco to Spain before his birth, captured the imagination of supporters around the world.

The Hakimi family are part of the Moroccan diaspora in Spain, who are the largest ethnic minority in the country, with over 800,000 inhabitants. 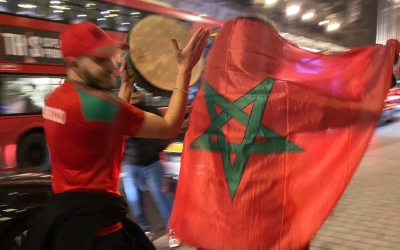 “My mother was a cleaning lady and my father was a street vendor,” he said on the Spanish TV programme El Chiringuito. “They gave up their lives for me. They took many things away from my siblings in order for me to succeed. Today, I play for them.”

The Paris Saint-Germain defender, widely regarded as one of the best right-backs in the world, was called up for Spain’s youth team, but declined the opportunity.

“I felt it was not the right place for me, I did not feel at home. It was not for anything in particular, but it was not how I lived at home, which is the Arab culture, being Moroccan,” he told Marca earlier this week.

Ayoub, a Moroccan living in London who joined huge celebrations in the British capital on Tuesday, said that the overwhelming support for Morocco in Doha was an ingredient in the team’s unprecedented success.

“This is what our coach Walid Regragui was asking for. He really wished to hear [Moroccan chants] in the stadium, and all the fans were doing that,” he told Middle East Eye.

“Thank you, Moroccans. Thank you to my mum for your pride, thank you my dad,” he added. 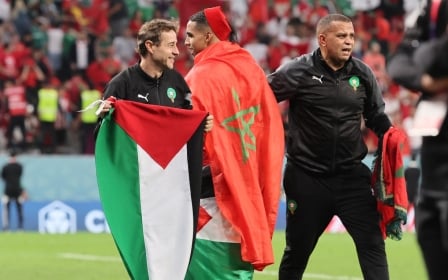 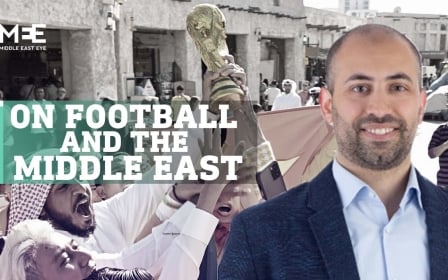 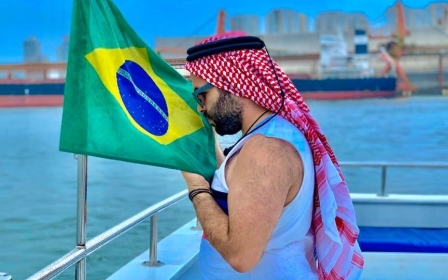