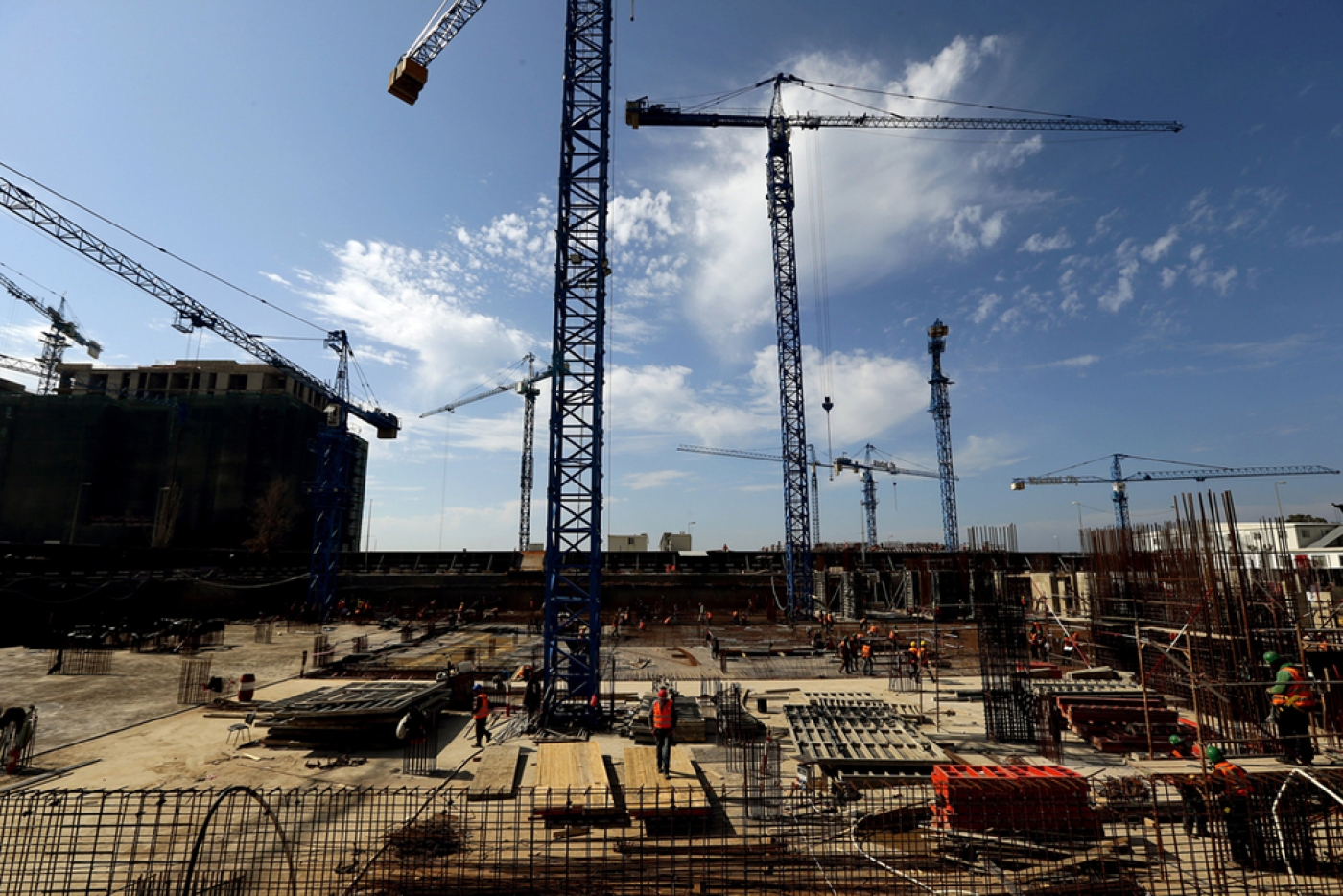 Workers at a construction site in the area of Dbayeh, north of Beirut (AFP)
By
MEE and agencies

Migrants and refugees working in the construction industries in Jordan and Lebanon are suffering from a severe lack of labour protections, according to a study released on Monday by an international human rights group.

The Business and Human Rights Resource Center (BHRRC), which has offices in London and New York, said dozens of construction companies working on projects funded by international donors in the two Middle Eastern countries had no clear policies to keep their workers safe.

As a result, the workers - a significant number of whom are refugees from neighbouring, war-torn Syria - can face low pay, "rip-off" recruitment fees and dangerous working conditions, the BHRRC said.

Migrants and mainly Syrian refugees make up the lion's share of construction workers in Jordan and Lebanon and are particularly vulnerable to exploitation as they often do not have the right to work, the Thompson Reuters Foundation reported, citing the study.

“The profound inequality of power between employer and employee in this sector is alarming and dangerous, especially in light of the lack of enforcement of labour laws that might provide some redress,” the BHRRC said in its report.

More than half of the 38 companies surveyed in the report worked on projects funded by international organisations.

That includes the World Bank's International Finance Corporation (IFC), the European Bank for Reconstruction and Development (EBRD) and the US Agency for International Development (USAID), the Thompson Reuters Foundation reported.

"Investors such as the multilateral banks must ensure the jobs created by their construction projects create decent, safe work with a living wage, rather than abuse and poverty," the BHRRC's executive director, Phil Bloomer, said in a statement.

These international donor organisations did not respond to requests for comment from the Thompson Reuters Foundation.

The profound inequality of power between employer and employee in this sector is alarming and dangerous, especially in light of the lack of enforcement of labour laws

The BHRRC said in its report that organisations should require construction companies to "adopt and publicly disclose human rights due diligence and remedy policies" to be eligible for donor money.

Some 650,000 Syrian refugees have registered with the United Nations in Jordan since fleeing their country's seven-year war, Middle East Eye reported in June.

The Jordanian government says the actual number of Syrian refugees in the country is closer to 1.3 million people, however, and it says it has spent more than $10bn hosting them.

In Lebanon, more than 951,000 Syrians are registered as refugees with the UN, though the government there also estimates the real number to be much higher.

The UN High Commissioner for Refugees also recently reported that around 37,000 Syrian refugee children are involved in child labour in Lebanon.