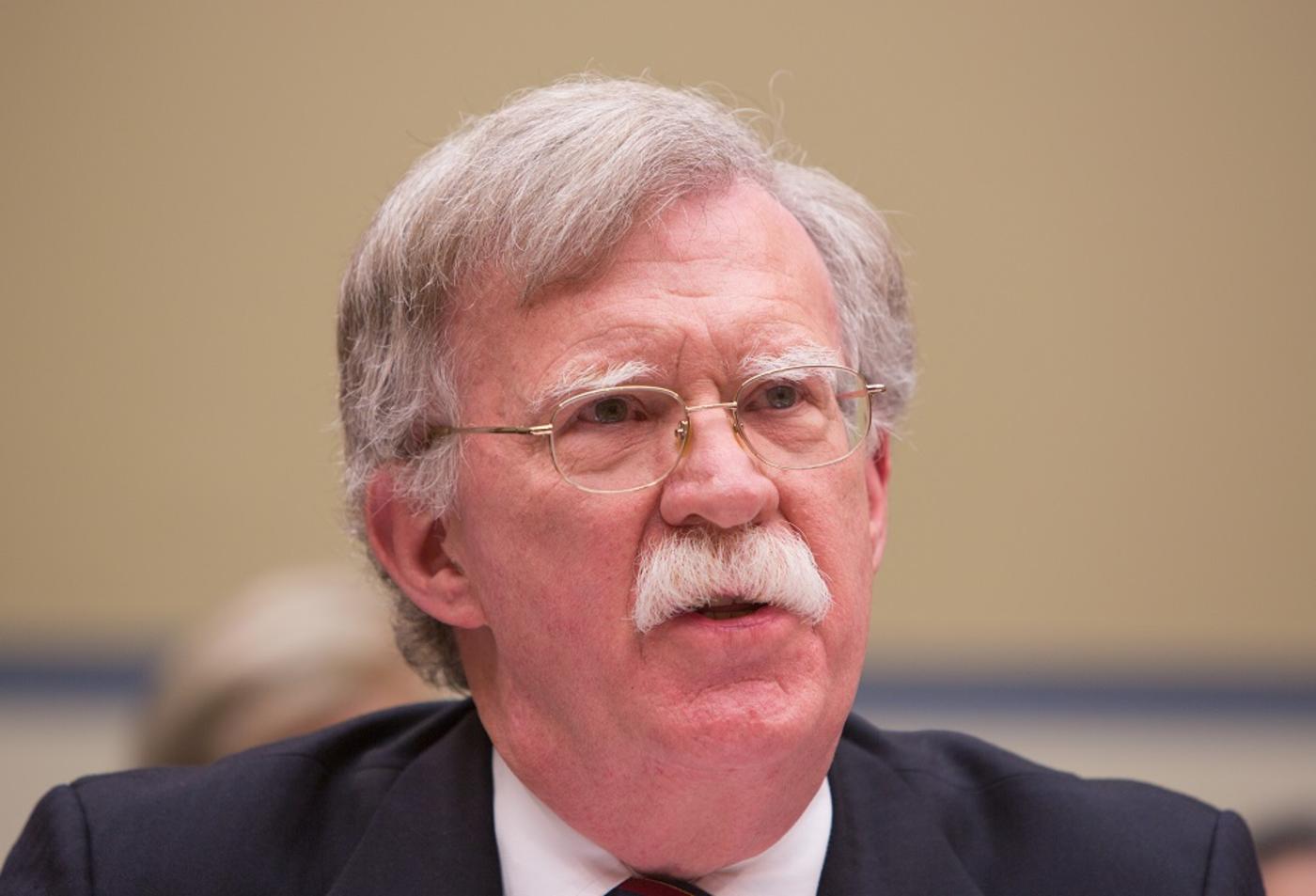 'What we want is massive change in the regime's behaviour,' Bolton told reporters (AFP)
By
MEE and agencies

Sanctions that the US reimposed on Iran have been more effective than expected, though regime change there is not part of Washington's policy, President Donald Trump's national security adviser said on Wednesday.

The Trump administration renewed a set of sanctions this month after withdrawing from the 2015 international nuclear deal with Iran, which Washington regards as insufficient for denying Tehran the means to make an atomic bomb and as a spur for its meddling in neighbouring Middle East countries.

'Just to be clear, regime change in Iran is not American policy. But what we want is massive change in the regime's behaviour'

Iran has taken a defiant stance to the US turnaround, rattling other world powers where some businesses have been debating whether to divest from the country.

“Let me be clear, the reimposition of the sanctions, we think, is already having a significant effect on Iran's economy and on, really, popular opinion inside Iran,” National Security Adviser John Bolton told Reuters during a visit to Israel.

At a news conference in Jerusalem on Wednesday, Bolton was asked whether the United States had discussed any plans with Israel on how to capitalise on economic protests in Iran and if the demonstrations posed any tangible threat to the Tehran government.

“Just to be clear, regime change in Iran is not American policy. But what we want is massive change in the regime's behaviour,” Bolton said.

The Iranian economy has been beset by high unemployment and inflation and a rial currency that has lost half its value since April. The reimposition of sanctions could make matters worse.

A second tranche of sanctions on Iran's banking and energy sectors, set to be imposed in November, is expected to have an even bigger impact on the country's economy.

Thousands of Iranians have protested in recent weeks against sharp price rises of some food items, a lack of jobs and state corruption. The protests over the cost of living have often turned into anti-government rallies.

“I think the effects, the economic effects certainly, are even stronger than we anticipated,” Bolton said.

The strait is a strategic waterway for oil shipments which Iran's Revolutionary Guards have threatened to block in response to Trump administration calls to ban all Iranian oil exports.

The sanctions which Washington imposed earlier this month target Iran's trade in gold and other precious metals, purchases of US dollars and its car industry.

Germany called on Tuesday for Europe to set up payment systems independent of the US if it wants to save the Iran nuclear agreement.

European powers have been scrambling to ensure Iran secures enough economic benefits to persuade it to stay in the deal. This has proven difficult, with many European firms wary of far-reaching financial penalties levied by the Trump administration. French oil group Total announced this week it has pulled out of a major gas project in Iran.

“So we will see what plays out in November. But the president (Trump) has made it very clear - his words - he wants maximum pressure on Iran, maximum pressure, and that is what is going on.”

He added: “There should not be any doubt that the United States wants this resolved peacefully, but we are fully prepared for any contingency that Iran creates.”

During an interview this week with Reuters, Bolton also said:

Claims that Palestinians are the only refugees to pass on their status to their descendants have been disproved, as UNHCR allows for dependants of refugees to obtain derivative refugee status, and other populations, such as the Sahrawi, also inherit refugee status from generation to generation if they have not been granted citizenship by their host country.