Return to Aleppo: 'I never expected such destruction'

Many families who fled war are returning to formerly rebel-held eastern Aleppo to find homes, schools, mosques and churches in ruins 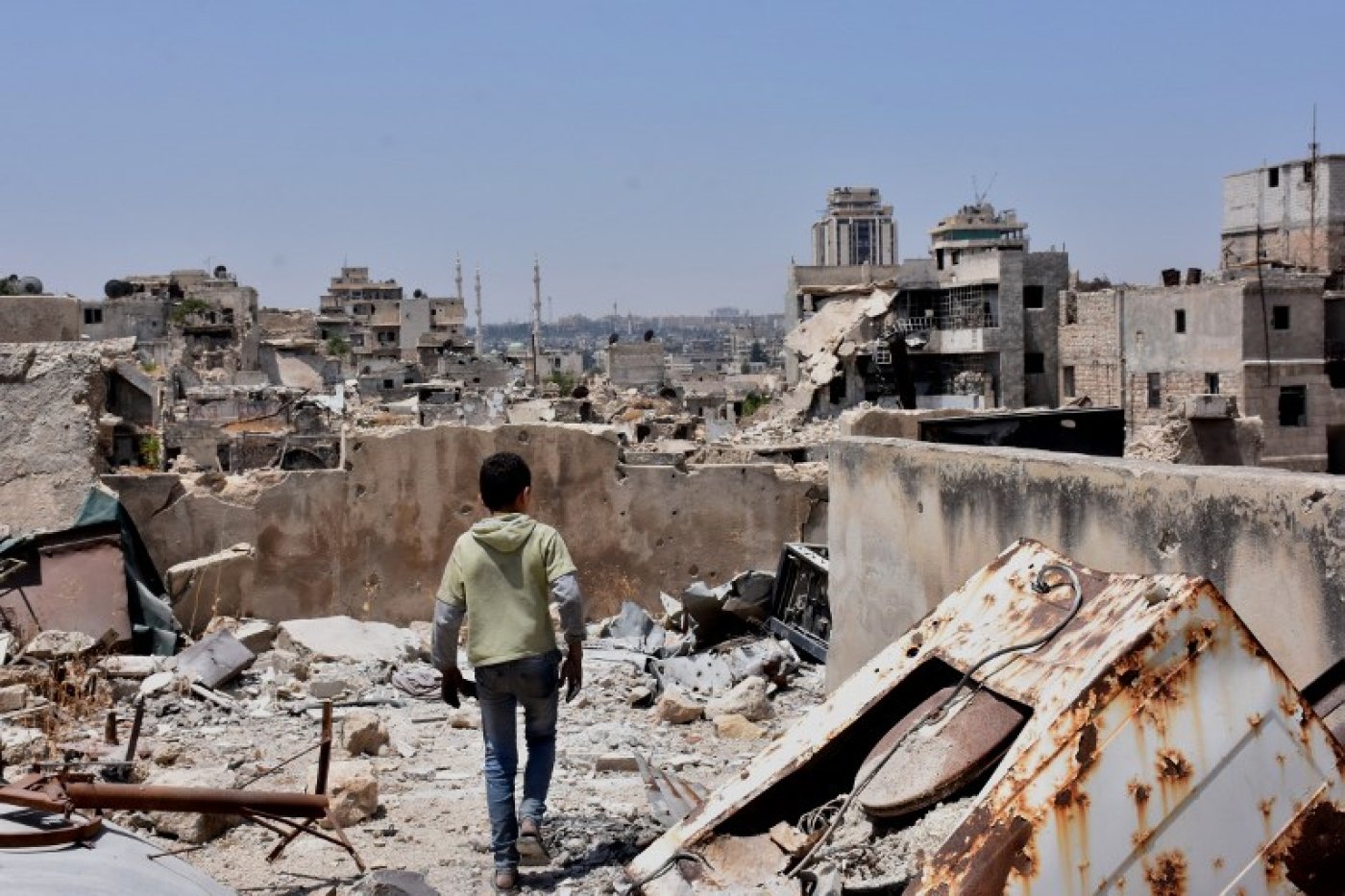 ALEPPO, Syria - Every evening, as cool returns to the streets, residents of Aleppo make their way to the city’s ancient citadel to take selfies or snaps of each other.

The nearby buildings, including the Great Omayyid Mosque, are heavily damaged or, like the vaulted souks, once the largest in the Middle East, they are in total ruin. The area was fought over for much of Syria’s war.

But the citadel, the city’s symbolic centre, remains relatively unscathed, the stone steps on the steep entrance ramp still accessible.

Almost 290,000 people have returned to eastern Aleppo since January, according to officials from the UN High Commission for Refugees

The Syrian army managed to retain control here even though its garrison was surrounded and remained under siege for months. The only tenuous link to government-held western Aleppo was by underground tunnels.

The inner part of the citadel is still out of bounds to civilians but soldiers allow visitors to climb the steps above the grassed-in moat as far as the monumental 12th-century Ayyubid gateway at the top.

“I don’t know what to think. I never expected such destruction. We never imagined this would happen to our city or to Syria,” said Um Hamed, a middle-aged woman who was snapping her three daughters on the steps. All four women wore black abayas. They had left the western, government-held part of Aleppo several years ago and only just returned to the city, they said.

Nearby on the plaza below the citadel and in front of a huge sign saying #Believe_In_Aleppo, another woman, Um Zakariyeh, was pushing a baby buggy in the company of her two married daughters.

No country for young men

“Their husbands are in Turkey. They can’t come back to Aleppo as they would have to go into the army,” she said. Her comment explained one of the most dramatic aspects of today’s Syria. It has become no country for young men. In cafes, restaurants, and on the streets young men in civilian clothes have almost disappeared. The choice for most is army service or exile.

Um Zakariyeh lives in Zahra, the only part of Aleppo city that is still at war. The areas of heaviest destruction are in the eastern half, which the Syrian army and its allies managed to take from rebels in December with the help of three months of relentless Russian bombing.

'Their husbands are in Turkey. They can’t come back to Aleppo as they would have to go into the army'

But Zahra, on the fringe of what was always government-held western Aleppo, is coming under almost daily mortar attack from Hayat Tahrir al-Sham (HTS), the militant group linked to al-Qaeda who have infiltrated from Idlib province.

The rest of Aleppo shows all the signs of a gradual recovery. For three years there was no electricity, forcing people to live from rationed generators in the streets. In August, power was restored after the International Committee of the Red Cross installed submersible pumps to help to repair the electric plant at the Tabqa dam on the road to Raqqa.

Almost 290,000 people have returned to eastern Aleppo since January, according to officials from the UN High Commission for Refugees, which is providing plastic sheeting, blankets, and basic household supplies to people.

Most had fled to the government-held west of the city. Rubble has been cleared from the main streets. Signs in Russian, saying “No mines” have been scrawled on buildings along them. Shops are re-opening.

In the district of Hanano, the largest area once held by the rebels, I found Ahmed Hijab, a retired train driver with his wife and a grandchild in a second-floor flat in a five-storey block. The windows were blown out and there were bullet holes on the walls but the building’s structure appeared sound. The water and sewage systems remain intact.

“Only one other family out of twenty on this staircase has come back so far, but we heard four others are coming back from Turkey soon,” he said.

When the rebels moved into Hanano at the end of 2012, he and his family had left for Daraa in southern Syria, where one of his sons was in the army. After four months they moved to Damascus. When they returned home to Aleppo a few weeks ago, they found their flat was bare, with every item of furniture looted.

He fixed the electric wiring system, which is connected to a generator outside. The UNHCR gave them two fans that provided some relief from the unusual late September heatwave.

Majjid Zammar, the official in the Aleppo governor’s office who is in charge of reconstruction for the historic Old City within the ancient walls, told Middle East Eye that 50,000 of the original 110,000 residents had returned.

“We are trying to repair buildings where possible rather than demolish them entirely. We want to use the original stone. People are asking us to keep it,” he said.

The 850 metres of alleyways in the ancient souk will take between seven and eight years to rebuild, he estimated. The Aga Khan Foundation development agency, which helped to restore the citadel before the war, has promised to help.

In western Aleppo, near what was the frontline, 400 boys and girls have just started the autumn term at the Karen Yeppe College, a secondary school for Armenians.

Rebel mortars had severely damaged both the schools’ teaching blocks, Hagob Kiledjian, the headmaster said as we walked up the stairs in one of them. The classrooms remained in the same grim condition as they were after the mortars landed, with desks and window frames smashed and dust from rubble everywhere.

Pupils had to move to another school in a safer part of the city for three years, where they were taught in shifts because of the overcrowding. The school used to have 1,200 pupils, three times the present number. Until the other 800 return, if they do, the school has time to repair the damaged teaching block provided money comes in from donations.

Many parents fled Aleppo with their children. The Armenian community is well off and many could leave Syria with official visas. Arez Sharian, a 12-year-old girl, spent two years in Armenia during the worst of the bombing.

“We left because of the explosions. Luckily no one in the family was injured and our house is all right,” she said.

George Bebian is an English teacher who used to work as interpreter for the Grand Mufti of Syria, a fact which he is proud to reveal as a sign of Syria’s pre-war religious tolerance.

Bebian took me to the Armenian Orthodox cathedral where he was married and which is now badly damaged. A crater in the floor of the main aisle shows where a mortar landed, sending shrapnel into the wooden pews. Our shoes crunched on broken glass.

Fragments of rockets have been laid out in the courtyard of the nearby Forty Martyrs Armenian church as a grim exhibit of what happened to this and numerous other Aleppo shrines and churches.

IS graffiti had been painted over and a new slogan added: 'Bashar and only Bashar'

While Aleppo city is slowly reviving, nine months after the rebels were driven out, the countryside of eastern Aleppo province has been enjoying peace for only a few weeks. Islamic State (IS) fighters held out until the summer before retreating to Raqqa. But people are also returning here in large numbers: 83,000 according to the UNHCR.

We visited the small town of Deir Hafer, where civilians were allowed back only in August after the Syrian army had cleared mines along the main streets. The town still has no electricity.

My Ministry of Information guide pointed out a series of rooms under a concrete flyover on the main road which IS had apparently used as a makeshift clinic for wounded fighters. IS graffiti had been painted over and a new slogan added: “Bashar and only Bashar”.

In the grounds of the town’s old bakery we found an extraordinary contraption at work. It was a mobile bread oven on the back of a lorry. A machine kneaded dough into balls, which were then flattened and put on a conveyor belt through intense heat, before coming out to be bagged, eight loaves at a time.

The bakery makes an astonishing 45 tonnes of bread every 24 hours, working throughout the day and night, Ahmed Mustafa, a local baker who had just returned to Deir Hafer after four years away, told me excitedly.

He was thrilled by the machine which had been shown at the Damascus International Trade Fair in August. President Assad had ordered it to be brought to Deir Hafer because of the area’s great need, he said.

Inside the old bakery the original machines were charred and destroyed, set on fire by IS before they left. In the town’s main street a few food shops were open, mainly selling locally grown tomatoes and other vegetables.

Abu Naif, with a tray of tomatoes attached to the back of his motorbike, said he was a farmer who had stayed throughout the IS occupation. “They took ten per cent of all my produce,” he said.

In the doctor’s surgery Hilal al-Mousa, 72, said he had served his patients for 40 years and did not want to leave them when IS arrived. “I’m a Muslim but not practising. I haven't been in a mosque since 1962. I told them I have a bad back and can’t pray. They believed me,” he said with a smile.

Al-Mousa had studied in Italy and married an Italian woman. He showed me his Italian passport. The IS men only discovered his Italian connection this summer.

“They asked the wali (head man) for permission to execute me, but he hadn’t given his reply by the time the battle for the town broke out. There were aircraft and artillery shells and mortars. I fled in a convoy of cars to Manbij. Daesh [IS] shot at us. Some people were killed,” he said.

As people try to return to normal life, aid officials say that, apart from rebuilding homes and restoring infrastructure and utilities, the main task is to revive people’s livelihoods. Farmers need seeds and animals. Tens of thousands of sheep were slaughtered during the war.

In Aleppo, once Syria’s commercial capital, it will take a long time to revive the city’s business and industries. Tourism, for years a main source of income, will take even longer. Few of Aleppo’s monuments remain intact. 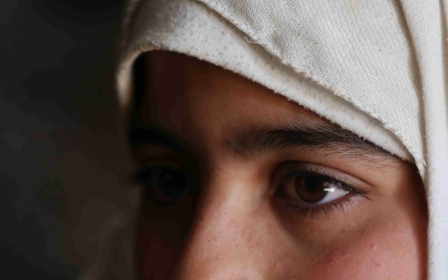 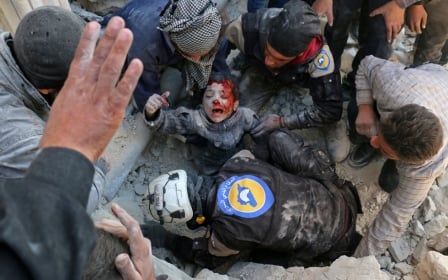 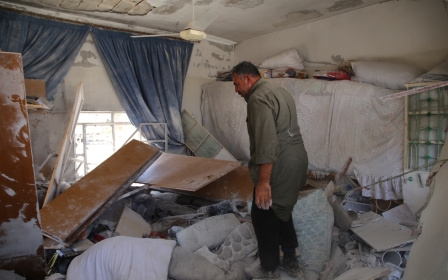