Revealed: How Trump confidant was ready to share inside information with UAE

Emails will be of interest to Mueller investigation, which is looking at whether the UAE and Saudi funnelled payments to Trump’s campaign 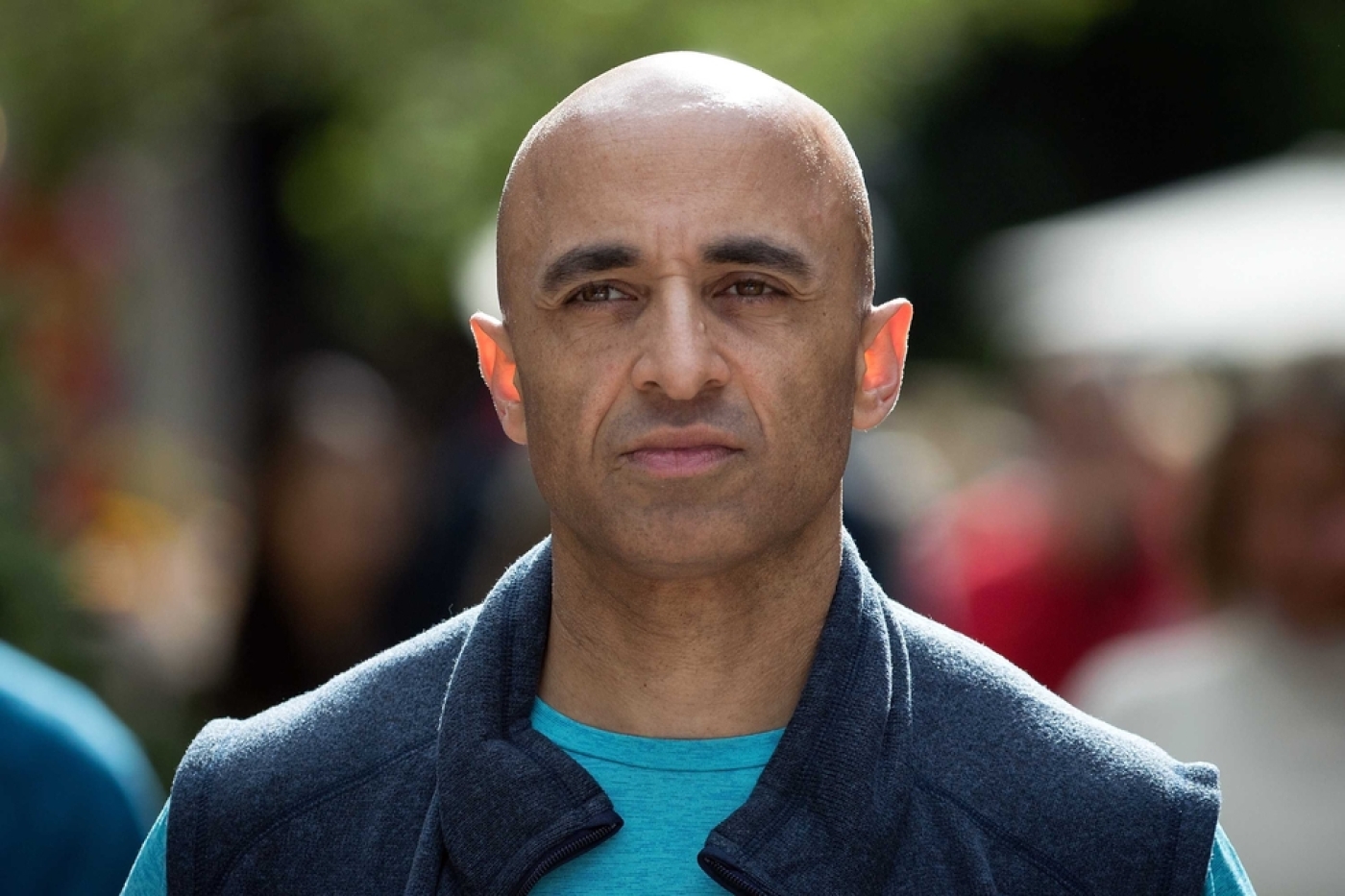 Donald Trump’s closest confidants were willing to exchange inside information about US government appointments with Yousef al-Otaiba, the Emirati ambassador to Washington, a new set of leaked emails has revealed.

The president-elect's advisers also pledged to Otaiba that they would keep his government’s interests at the heart of the new administration’s Middle East policy. The emails reveal that the relationship between the Emiratis and the president’s inner circle was cemented earlier than previously thought.

The correspondence is between Otaiba and Tom Barrack, a longstanding friend of Trump and billionaire fundraiser. It reveals how Barrack offered to bring Trump, then a candidate, to meet the Emirati ambassador for coffee in April 2016; how the Republican platform for 2016 was altered to remove a call for the publication of 28 pages of allegedly incriminating documents from the 9/11 inquiry; and how Otaiba sought information about top appointments from Barrack while Trump was president-elect.

The key emails were written when Trump was still a presidential candidate and at least six months before the key meeting at Trump Tower in December 2016 between Crown Prince Mohammed bin Zayed (MbZ) and Michael Flynn, Trump's former national security adviser, Jared Kushner, his Middle East adviser, and Steve Bannon, his chief strategist, which was reported by the Washington Post.

At the time, Barack Obama, the outgoing president, was vexed by MbZ’s previously unannounced arrival in New York that the names of the people who attended the meeting were released.

The emails will be of interest to Special Counsel Robert Mueller, who has widened the scope of his inquiry into potential Russian meddling in the 2016 US presidential election to include whether the Emiratis and Saudis funnelled payments to Trump’s election campaign. Barrack was questioned by Mueller’s team last December: he himself is understood to not be a target of the investigation.

The close working relationship that developed between the Emirates and Trump’s inner circle when he was still a candidate is coming under increasing scrutiny.

Bin Zayed’s sensitivity to the Mueller inquiry is such that he cancelled a planned visit to Washington last month. He is understood to have sought a written guarantee that neither he nor his entourage would be detained for questioning, the Middle East Eye has previously reported.

How the relationship developed

Contact between Barrack and Otaiba started in 2009 over a property deal in California, but the relationship blossomed when Trump was a presidential candidate in 2016 and his confidant offered to introduce him to the ambassador.

“I am happy to bring him to you for a cup of coffee if you are interested," Barrack wrote on 26 April 2016. Otaiba, who was then in Abu Dhabi, replied that confusion about Trump was “very high” because of his proposed Muslim ban.

Barrack insisted that Trump was not anti-Islam and dangled the following offer: "We can turn him to prudence - he needs a few really smart Arab minds to whom he can confer - u r at the top of that list!”

Throughout their correspondence Barrack, the son of a Lebanese immigrant and an Arabic speaker, referred to “our agenda”, and “our region” and offered to introduce Otaiba to Jared Kushner, the future president’s Middle East adviser, adding: “You will love him and he agrees with our agenda."

Otaiba for his part was keen to introduce the Trump circle to his bosses, starting with Tahnoon bin Zayed, the crown prince’s brother and his national security adviser. On 26 May, Barrack replied: “Youssef this would be the best thing we could do. I promise you we could accomplish so much if you and HH [His Highness] will give me an hour or so with 'the man'."

'If you have any insights about postings to places like state, DOD, CIA and national security adviser, I would be grateful. I would only brief my bosses'

As the November election neared, part of the Republican Party platform for 2016, which was potentially embarrassing to the Saudi government, was removed. The deleted section called for the publication of 28 pages of documents gathered during the 9/11 investigations which implicated members of the Saudi royal family in funding the attackers.

The missing passage had been inserted originally by lobbyists working on behalf of the American Israel Public Affairs Committee, according to an email sent to Barrack by Trump's campaign manager, Paul Manafort.

A week after Trump’s surprise defeat of Democrat presidential candidate Hillary Clinton, Otaiba asked for “any insights” about the people who the incoming president was going to choose for the key positions at the State Department, the Department of Defense and the CIA.

On 16 November, Otaiba wrote: “If you have any insights about postings to places like state, DOD, CIA and national security adviser, I would be grateful. I would only brief my bosses. Any indicators would be highly appreciated."

Barrack replied: “I do, and we’re working through them in real time and I have our regional interest in high profile. When you get a chance let’s talk by phone.”

Five days later, Otaiba attempted to get Fran Townsend, George W Bush’s counterterrorism and homeland security adviser, who he described as a “dear friend” of his, appointed as Trump’s director of national intelligence.

He wrote to Barrack: “I saw her last night and immediately thought she would be huge asset to you. She would make a perfect Director of National Intelligence or DHS secretary. She would hit the ground running on every issue.”

In May 2017 Townsend confirmed that she had been shortlisted for the post of FBI director after James Comey had been sacked. Asked whether she would have accepted had she been offered, Townsend told Politico: "You know what? I learned in the White House I don’t do hypotheticals, but I will say I was quite honoured and quite flattered to be approached.”

Barrack was interviewed by Mueller’s investigators last December, when he was asked chiefly about Paul Manafort, whom he recommended as Trump’s campaign manager. Manafort has since been indicted by Mueller.

In July 2016, one month after he became Trump’s campaign manager, Manafort sent Barrack an email he had received from a Republican Party source about the removal of the reference to the alleged Saudi funding of the 9/11 bombers. The email was then forwarded on to Otaiba, along with Barrack's comment that it was “really confidential but important. Please don’t distribute”.

“Paul. Something you can pass along to your friend Tom Barrack. I made certain that language that was anti the Saudi Royal Family was removed from the platform. It was inserted by AIPAC lobbyists and would have been a part of the 2016 Platform. When I saw the amendment that was passed in the subcommittee, I gave instructions to our political team to remove the language in the full committee."

The sender of the original email is unknown.

Barrack also emerged in the correspondence as the key conduit through whom Saudi Crown Prince Mohammed bin Salman was introduced to the presidential candidate.

Bin Salman attempted to introduce himself to Trump by requesting a meeting with Manafort in New York. There was then a discussion about the best channel for setting up the meeting.

'Something you can pass along to your friend Tom Barrack. I made certain that language that was anti the Saudi Royal Family was removed from the platform'

When the ambassador for Saudi Arabia contacted “a middle level person” at the major investment company Blackstone, Barrack moved quickly to close down this rival avenue of approach.

“Paul called me and will do so if introduced through us ! I would like to align in Donald’s mind the connection between the UAE and Saudi Arabia which we’ve already started with Jared [Kushner]. I think it is important that you are the center pin!”

This email exchange reveals that Trump himself was keen that contact between him and bin Salman should only be arranged through Barrack himself, his most trusted advisor.

Barrack wrote: “The candidate did not want to take the meeting if it was arranged through Blackstone for a number of reasons! If arranged by you and I we will make sure that everything runs smoothly, elegantly and appropriately and the candidate is properly briefed !”

The exchange of emails also show how Barrack and Otaiba became close friends, with their correspondence starting with the formal “Your Excellency” and ending with “Marhaba Habibi”, meaning "hello, my friend" in Arabic.

At one point during the correspondence, the Emirati ambassador asks for a “small favour” - for his wife, Abeer al-Otaiba, to meet Melania Trump’s stylist. “Any chance we can get an introduction to Melania’s stylist for Abeer’s fashion line?” Otaiba wrote.

After a dinner Otaiba arranged with Adel al Jubeir, the Saudi foreign minister, Barrack was obsequious in his praise for his host.

“I have to tell you it was one of the most wonderful and interesting evenings I have had in a long time," he wrote. "Your incredible home, the elegant cuisine, irreplaceable wine and the bevy of the most intelligent and eloquent guests imaginable. Thank you for your generosity and hospitality and including me in such a prestigious group. You’re an amazing man.”

Middle East Eye contacted the Embassy of the United Arab Emirates in Washington, Barrack and Townsend for comment. They had yet to reply at time of publication.

According to the New York Times, Barrack’s company Colony NorthStar has raised more than $7bn in investments since Trump won the Republican nomination, 24 percent of which came from the Gulf. 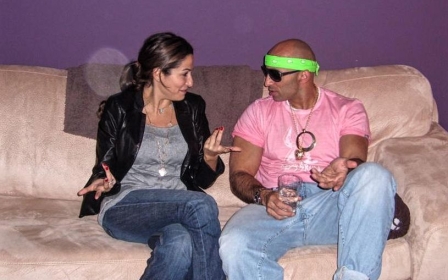