International lawmakers and experts on Tuesday slammed the International Criminal Court's (ICC) refusal to open an investigation into Israeli crimes and unjust policies against Palestinians, despite having substantial documentation and evidence at its disposal.

"Israeli crimes are being met with silence from the international community," said Mohammed Jamil, the director of the Arab Organisation for Human Rights in the UK (AOHR), which hosted an event entitled, "Time for the ICC to Act for Justice in Palestine".

About 400,000 settlers live in the West Bank in 150 official settlements and another 120 so-called “unauthorised” outposts that have been covertly sponsored by the Israeli state since the 1990s. These settlements have jurisdiction over 42 percent of West Bank territory.

At the meeting, the experts raised the issues of Israel’s illegal settlements in the occupied West Bank, which have significantly increased in recent years, and the attacks by Israeli forces against protesters in Gaza that have killed hundreds since the Great March of Return demonstrations started in 2018.

The participants also spoke of the ICC's continuous refusal to open a formal investigation into the case of the raid by Israeli commandos on a flotilla carrying aid to the Gaza Strip a decade ago.

"The crimes committed in Palestine need a court similar to the court that was established to investigate crimes in Yugoslavia and Croatia," Jamil said.

UN investigators have suggested that Israel may have committed war crimes in its heavy-handed response to the Great March of Return protests in Gaza.

In late February, a UN panel report on the killings of Palestinians was handed over to the ICC for investigation. However, despite numerous reports handed over to the ICC, the international court has still not taken the step to move past preliminary examination.

The panel of experts on Tuesday criticised the ICC's latest report in which they still do not make a commitment to open an investigation into the situation of Palestinians.

William Schabas, professor of international law at Middlesex University, said on Tuesday that there is a problem with the selection policies at the ICC.

“The ICC was established to tackle the most challenging and high profile cases like Palestine," Schabas said.

"It is very important for the people of Palestine as well as for the health and future of the court that an investigation be opened.”

Schabas added that while some say an ICC formal investigation against Israel will lead to tensions with Washington, he believes that the case would only strengthen the court.

The group of experts said in a statement that, over the past five years, ICC prosecutor Fatou Bensouda has received substantial evidence and documentation of war crimes committed by Israel against Palestinian civilians, giving her a firm basis to open a formal investigation.

Baroness Helena Kennedy, member of the House of Lords, called on Bensouda to take that step before her term ends as ICC general prosecutor.

Early in December, the ICC decided, for the third time, that it will not open an investigation into crimes committed by Israeli forces during the raid on the Mavi Marmara flotilla in 2010, during which 10 people were killed.

After nearly ten years of considering the case and five years of a preliminary investigation, no conclusion was reached by Fatou Bensouda, the ICC’s prosecutor.

In September, Bensouda was asked by the ICC to reconsider her previous refusals to formally probe the incident.

A month later she repeated her previous claims that "there is not a reasonable basis to proceed because there is no potential case arising from this situation that is sufficiently grave”. 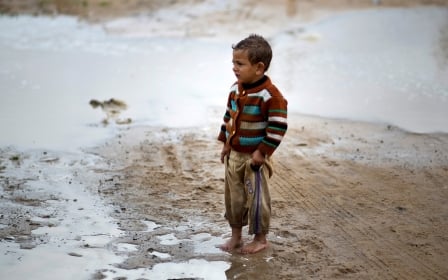