US officials have been discussing a troop withdrawal with Iraq's leaders 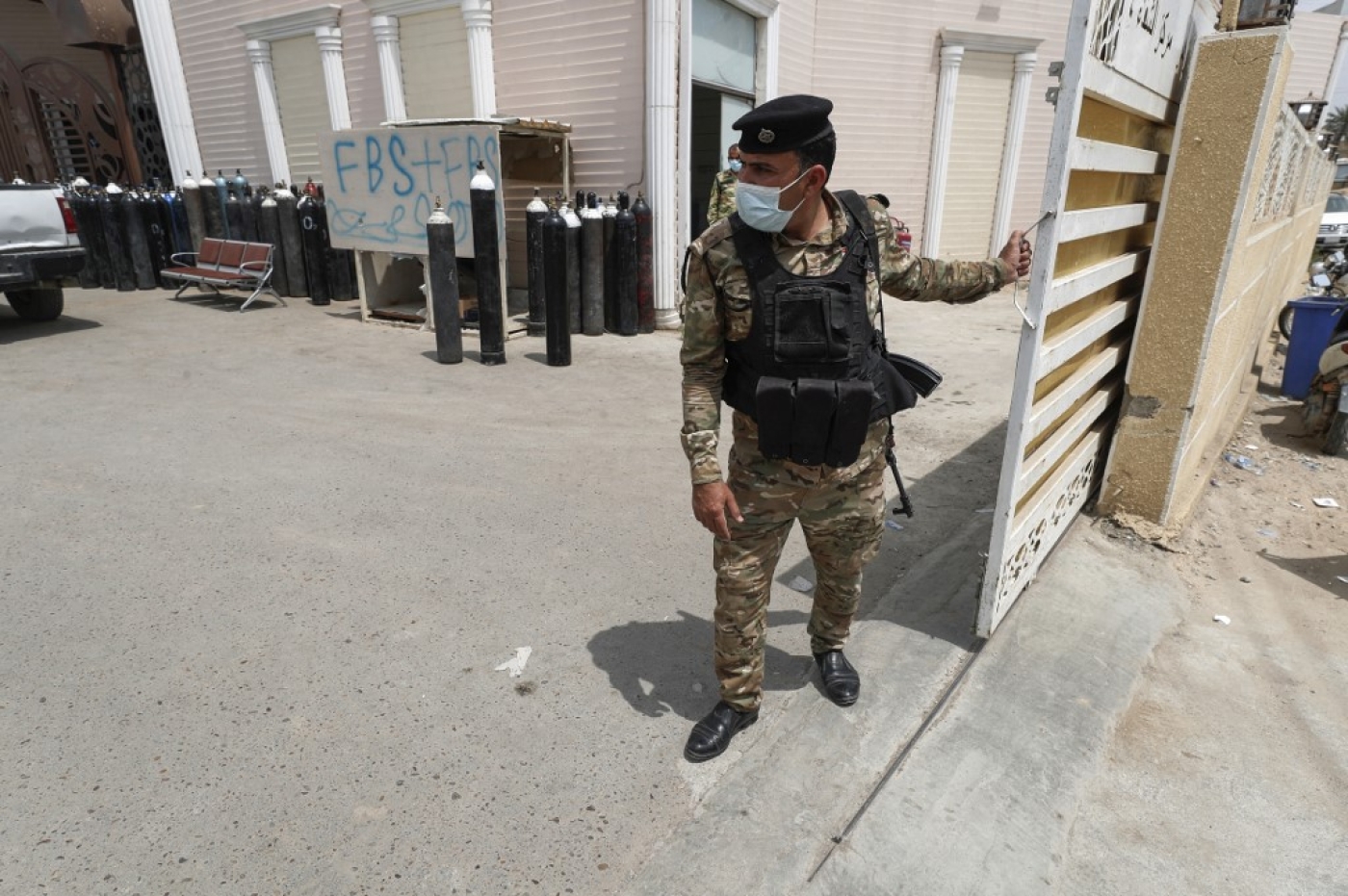 Two rockets were launched at an Iraqi air base hosting Americans on Tuesday - the third such attack to take place in as many days. The attack came as a US government delegation visited Baghdad.

The Iraqi army said the two rockets shot at Ain-al-Assad air base on Tuesday fell on an unoccupied segment of the military base and did not cause any casualties or much damage, AFP reported.

The other two recent attacks targeted Balad air base, which hosts US contractors, on Monday, and Baghdad airport, where US troops are stationed, on Sunday. There were also no casualties reported in those incidents.

'If and when there's a need to respond in a kinetic way, we'll do that'

None of the attacks have been claimed, but Washington routinely blames Iran-linked paramilitary groups in Iraq for such attacks on its troops and diplomats.

The US Department of Defence did not respond to Middle East Eye's request for comment on Tuesday's attack by the time of this article's publication.

Pentagon press secretary John F Kirby said in a news conference on Monday that the Pentagon had received no "credible claim of attribution" for the recent attacks, but said the uptick in bombings was concerning.

"The purpose for the US in Iraq is to continue to prosecute the war against" the Islamic State (IS) group, Kirby said. "We're there to help Iraqi security forces... so any violent attack on them or us is a concern."

Asked whether he thought the US needed to respond to such attacks, or if deterrents in the region were working, Kirby said there was currently no need to respond militarily but warned of US capabilities.

"That you get occasional attacks doesn't mean that all deterrent measures aren't working, obviously you want zero… but if and when there's a need to respond in a kinetic way, we'll do that and we'll do that at a time and a place of our choosing," he said.

Kirby stressed that Iraqi authorities were responsible for carrying out an investigation into the attacks.

"We're going to respect that. We're also going to do whatever we need to do to make sure that we're adequately protecting our troops on the ground and our national security interests there in Iraq," he said.

Calls for US withdrawal

Pro-Iran groups in Iraq have vowed in recent months to ramp up attacks to force out the "occupying" US forces, seemingly against Tehran's wishes.

According to AFP, at least 30 rocket or bomb attacks have targeted US interests in Iraq - including troops, the embassy or Iraqi supply convoys to foreign forces - since President Joe Biden took office in January.

Two foreign contractors, one Iraqi contractor and eight Iraqi civilians have been killed in the attacks. 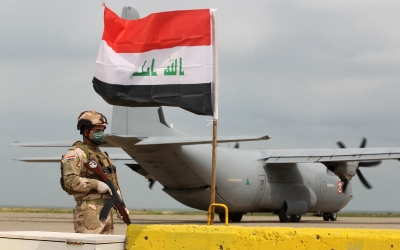 Iraq's Prime Minister Mustafa al-Kadhimi, perceived by pro-Iran factions as too close to Washington, on Tuesday discussed the presence of 2,500 US soldiers based in Iraq with US envoy Brett McGurk.

Kadhimi, who also serves as head of Iraqi intelligence - a position he held before he became premier - worked closely with McGurk during the US official's time as the US-led coalition's representative in Iraq.

The military coalition was set up to fight the IS group, which seized control of a third of Iraq in a lightning 2014 offensive.

Iraq declared victory against the IS group in late 2017, and public pressure for a US troop withdrawal began mounting soon after.

The militant group, however, has not been completely irradicated. Eighteen Iraqis, the majority military personnel, were killed overnight Friday to Saturday in separate attacks by militants. While there was no claim of responsibility for the attacks, an Iraqi security official labelled the incident as an IS operation.

Still, Kadhimi and McGurk are working on drawing up a timetable for the "withdrawal of [US] combat forces from Iraq" amid the uptick in attacks, according to a statement by the prime minister's office.

Last month, an explosives-packed drone slammed into Iraq's Erbil airport, located in the Kurdish autonomous zone, in the first reported use of such a weapon against a base used by US-led coalition troops in the country.

Dozens of other attacks were carried out in Iraq from autumn 2019 during the administration of Biden's predecessor, Donald Trump.

The operations are sometimes claimed by obscure groups that experts say are smokescreens for Iran-backed organisations long present in Iraq.

The rocket attacks come at a sensitive time as Tehran is also engaged in talks with world powers aimed at bringing the US back into the landmark 2015 nuclear deal.

The agreement, which curbs Iran's nuclear programme in exchange for sanctions relief, has been on life support since Trump withdrew in 2018. 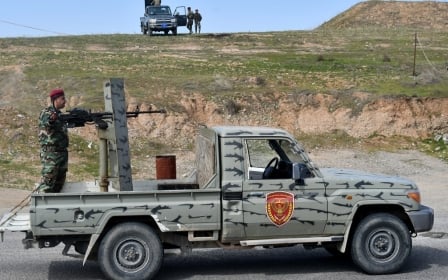 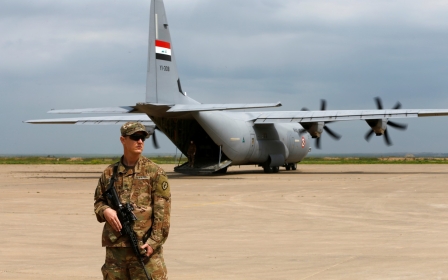