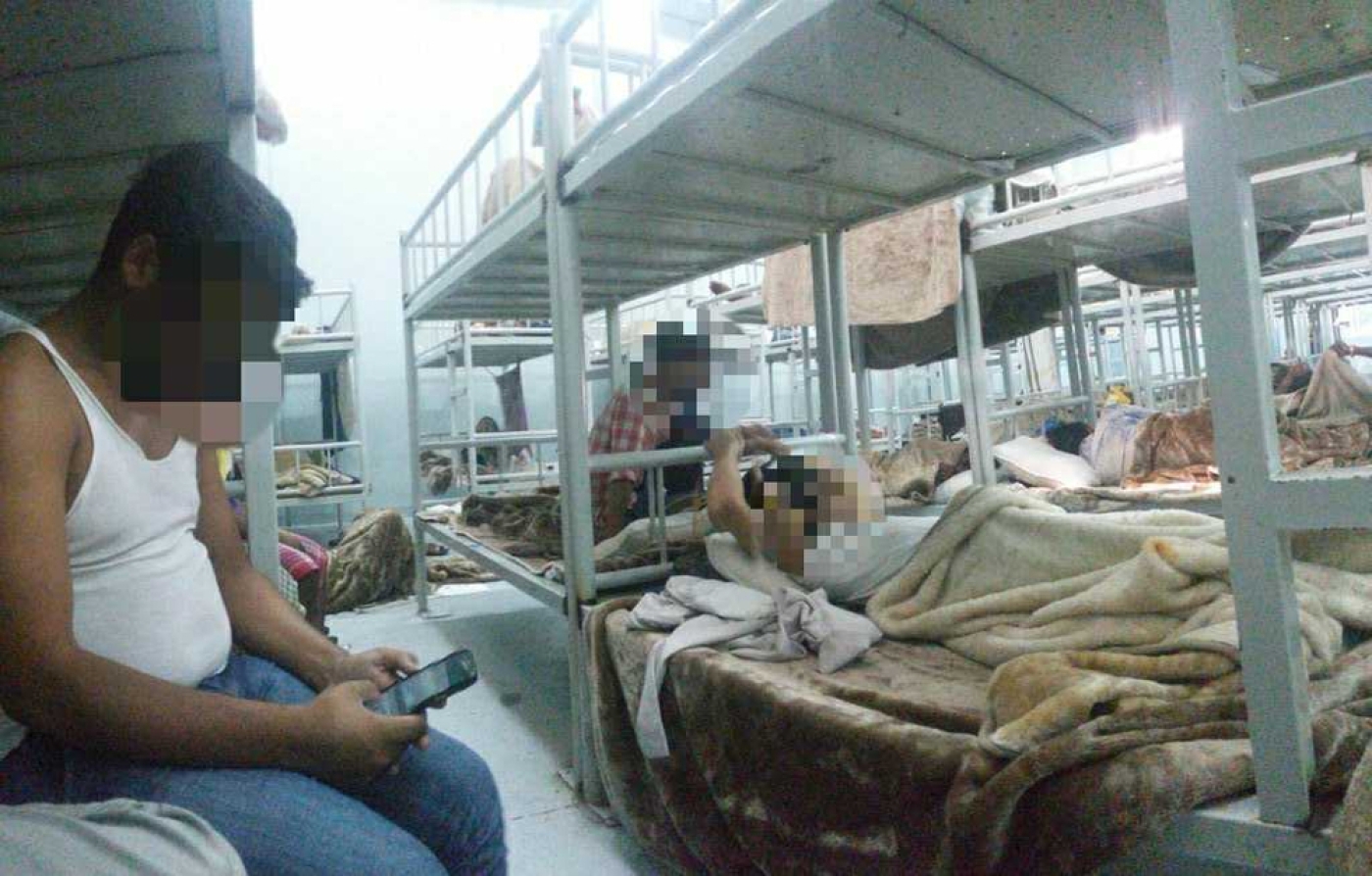 Scores of Rohingya detainees inside a Saudi detention centre have begun a hunger strike to stop the Gulf kingdom from deporting them to Bangladesh.

Inmates of the Shumaisi detention centre in Jeddah told Middle East Eye they had "no alternative" but to start their hunger strike after scores of Rohingya were deported last month to Bangladesh despite coming from Myanmar.

Photos and videos smuggled out of Shumaisi showed detainees refusing to take their daily food rations, leaving them on the floor for the Saudi immigration officers to collect.

Bags of bread and soup could be seen lying on the floor in crates as detainees retreated to their bunk beds in protest at possible deportations to Bangladesh.

Names of Rohingya detainees who spoke to MEE from the Shumaisi detention centre have been changed to protect their identities.

Zahid, a Rohingya detainee in Shumaisi, told MEE that detainees had organised the hunger strike via Whatsapp and other messaging apps.

"When we started the hunger strike, there were three hundred of us, and then slowly more and more people began to join in," he told MEE via voice notes sent from WhatsApp.

When we started the hunger strike, there were three hundred of us, and then slowly more and more people began to join in

"One old man who took part in the hunger strike has already been taken to the hospital," Zahid said.

"We don't know how many more days we can last. They are pressuring us to eat. Please do pray for us."

Zahid added that their phones had been taken away from them after Rohingya who had been put on deportation flights to Bangladesh filmed their forced removal from Saudi Arabia.

'We can't go back to the killing there'

This is the second hunger strike by Rohingya detainees in the last four months.

Rafeed, another detainee, told MEE that Saudi authorities had promised their freedom if they stopped their last hunger strike - only for some Rohingya to be deported to Bangladesh instead.

"At least 60 Rohingya were deported as if they were Bangladeshis. After seeing this, we can't go back to the killing there," said Rafeed.

"They told us they would release us, but up to now, no one could leave from here. We are seeking your help. Please don't keep us here.

"If possible, let the United Nations take us away. Some of our [Rohingya] brothers in Shumaisi are suffering mentally. Their parents are dying; brothers are dying. That's why it has become unbearable, and we have to strike again."

UNHCR did not respond to requests for comment at the time of writing.

Videos, images and voice notes sent to MEE on Sunday showed scores of Rohingya inside the Shumaisi detention centre handcuffed and prepared for deportation to Bangladesh, despite coming from Myanmar.

Detainees told MEE they were punched in the chest by Saudi immigration police and forced to sign documents testifying to their "full mental health" on Saudi Interior Ministry forms before their deportation to Bangladesh.

Bangladesh has jailed more than a dozen Rohingya deported from Saudi Arabia for using fake documents to get to the Gulf kingdom - a move Amnesty International condemned.