Syrian President Bashar al-Assad, who has been in power for 19 years, has repeatedly vowed to reclaim Idlib (AFP)
By
MEE staff

Russia and Turkey have agreed on a new ceasefire in Syria's war-ravaged province of Idlib, Russia's Ministry of Defence said.

According to a post on its official Facebook page on Thursday, Russian Major-General Yury Borenkov was cited as saying that the ceasefire was introduced in Idlib's de-escalation zone at 2pm Moscow time (11:00 GMT) after an agreement was reached between Moscow and Ankara.

So far, the rebel group Hay'at Tahrir al-Sham (HTS), which controls most of Idlib, has not commented on the Russian announcement.

Turkey had asked Russia to establish a ceasefire last month and sent a delegation to Moscow to discuss the issue. In September, Turkey, Russia and Iran had agreed to "de-escalate" the situation in Idlib after a months-long campaign forced at least 500,000 civilians to flee.

That agreement, much like an August ceasefire deal, quickly unravelled with Syrian and Russian forces intensifying their bombing campaign on Idlib, the country's last major opposition stronghold.

Last month, the New York Times published a report about Russian air raids on Idlib, and found that over a 12-hour period, the Russian air force repeatedly bombed hospitals there.

The conflict, now approaching its ninth year, has devastated much of the country. About half a million people have been killed and millions have been forced to live as refugees. 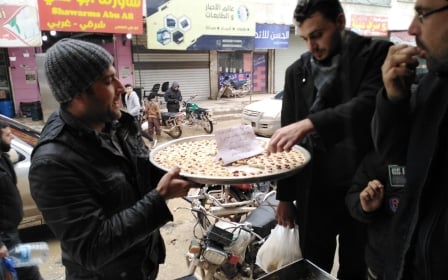