Turkey and Russia remain far apart over the future of Syria's president, Bashar al-Assad, but the two regional powers have agreed not to return to the hostilities which erupted after a Russian jet was shot down by Turkey earlier this year, and to conduct further top-level bilateral negotiations.

“The issue of Bashar is not solved,” a senior Turkish government source told Middle East Eye. He said there was still disagreement about whether Assad could play a role in a transitional government.

The source played down reports in the Turkish media that Prime Minister Binali Yildirim and his deputy Numan Kurtulmus had given a “green light” to Assad staying on.

Both sides agreed, from their different positions, that US policy in Syria was not working and have set up a joint working group in an attempt to hammer out a consensus.

This will be headed on the Turkish side by the head of Turkey's National Intelligence Organisation, Hakan Fidan.

As a result of the meeting between President Tayyip Erdogan and Vladimir Putin in St Petersburg on 9 August, Russia’s “red lines” in northern Syria have disappeared.

The state news agency, Anadolu, meanwhile reported that Erdogan and Putin spoke via telephone on Friday and "agreed to accelerate efforts to ensure help reaches people in Aleppo".

The source countered an MEE report from Tehran that Iran was playing the role of go-between between Ankara and Damascus. However, the Turkish source acknowledged Iran’s quiescence on the incursion of Turkish tanks into northern Syria, and attributed it to the rise of armed attacks on infrastructure by Kurdish separatists in Iran.

“There is agreement between Iran and Turkey about the unity of Syria. Neither side is interested in dividing Syria," the source said. "For Iran, a unified Syria is more important, because for them Syria is an important platform for projecting their influence in the region. The notion of a unified Syria is a good starting point for us."

There are two groups of Kurdish fighters in Iran -the Peshmerga of the Kurdistan Democratic Party of Iran (KDPI), an exiled opposition group plotting a comeback in the Islamic Republic, and the PJAK, the Iranian offshoot of the PKK in Turkey.

In May this year, MEE talked to Peshmerga KDPI fighters in an old Iraqi army fortress in the town of Koya, which is serving as headquarters for the group.

MEE reported that the KDPI was spearheading the recruitment drive in Iran.

“Lightly armed with Kalashnikovs, machine guns and sniper rifles, their aim is to avoid confrontation with the [Iranian] army during their trek over the mountains, and then to melt away into the villages and towns of Rojhelat, the Kurdish name for their traditional areas in northwest Iran."

The MEE report quoted Qadir Wrya, a member of the KDPI’s politburo: ”The KDPI has become more active in Iran over the past two years”.

Wyra said the party was building an underground network of cadres in Rojhelat.

The Turkish source said the Iranians were getting their own blowback from Syria, in Kurdish fighters returning from the northern front and achieving hero status among the Sunni Kurdish population of north-western Iran.

He said that the Kurdish push for a state along the Turkish border of northern Syria was re-igniting an even older battle for a Kurdish enclave in Iran.

The MEE article in May continued: “Between four and seven million Kurds live in Iran, most of them in the provinces of Kordestan, West Azerbaijan, Ilam and Khermanshah.

"The Shia theocracy in Tehran has never shed its mistrust of minorities, and Kurdish is not taught in school, while the predominantly Sunni Kurds find that the government discriminates against them on religious grounds too. Kurdish political parties remain outlawed and activists are routinely thrown in jail and tortured.

"As long as this absolute, multi-faceted denial policy is pursued by Tehran, the sense of alienation and discontent will be on the rise," said Himan Hosseini, a contributing analyst at the Washington Kurdish Institute. 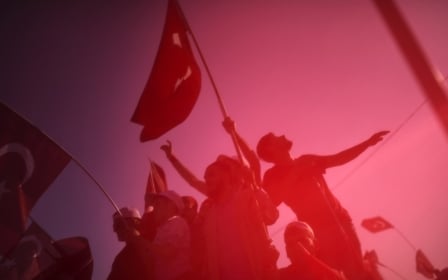 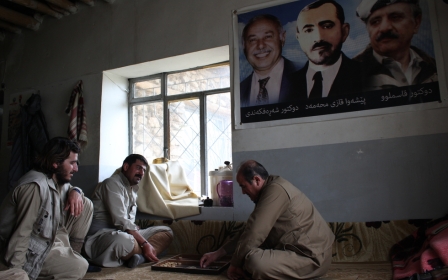