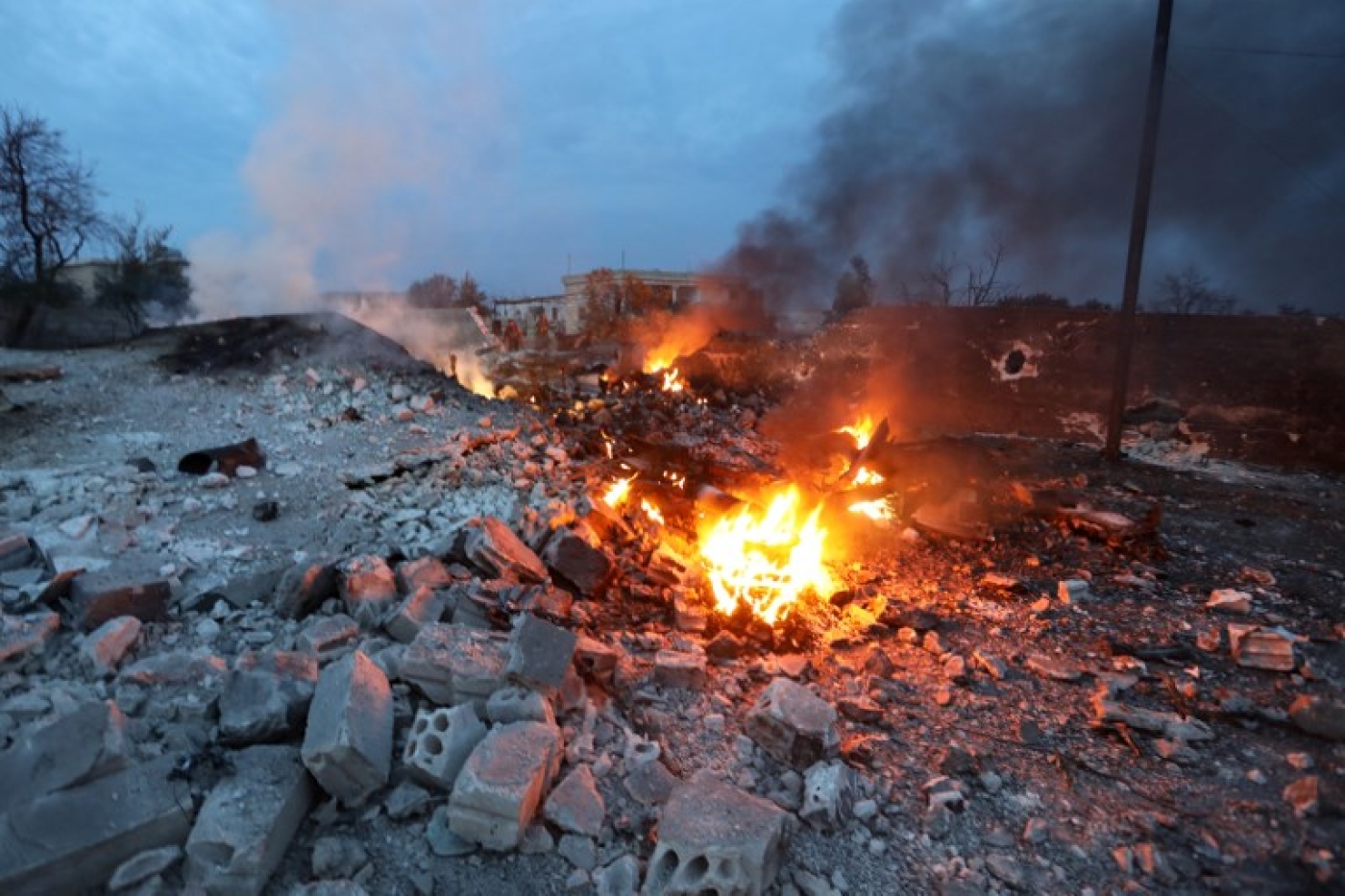 Russian jets intensified their raids on rebel-held towns and cities in Syria’s northern Idlib province on Sunday night, a day after militants shot down a Russian warplane and killed its pilot.

Civil defence sources said air raids struck the towns of Kafr Nubl and Maasran, as well as the cities of Saraqeb, Maarat al Numan and Idlib, and that several deaths and dozens of injuries were reported as rescuers dug through the rubble.

A hospital was hit in Maarat al Numan, witnesses and residents said, and at least five people were feared killed in another attack that damaged a residential building in Kafr Nubl.

Video recorded by rescuers showed babies on stretchers being rushed by civil defence workers out of the damaged hospital while other rescuers fought to extinguish a fire.

Idlib is mostly controlled by Hayat Tahrir al-Sham (HTS), the former al-Qaeda affiliate, which claimed to have shot down the SU-25 fighter using a shoulder-fired weapon.

In Idlib city, the provincial capital, one witness said a five-storey building was levelled and that at least 15 people were feared dead.

In December, the Syrian army alongside Iranian-backed militias and heavy Russian airpower launched a major offensive to take territory in Idlib province, the last and most-densely populated province still mainly under opposition control.

Russia’s defence ministry and Syrian rebels said the Russian SU-25 jet was downed on Saturday in an area that has seen fierce fighting on the ground and heavy air strikes targeting hardline rebel groups opposed to President Bashar al-Assad.

Syrians who oppose Assad view Russia as an invading force and blame it for the deaths of thousands of civilians since Moscow joined the war on the Syrian government’s side in 2015.

Russia’s Defence Ministry denies aiming at civilians and says it targets only hardline militants in Syria.

Air strikes on Saturday after the downing of the jet killed at least 10 people, including children, in Khan al Subl near where the plane crashed, rescuers said. The bodies of a family of seven were pulled from rubble following another attack in the town of Maasran, a local civil defence body said.

“We are pulling bodies from under collapsed walls. The Russians are taking their revenge on civilians, many of whom were already displaced and had fled their homes from earlier bombardment,” said Ahmad Hilal, a civil defence rescuer.

The Syrian army and its Iranian Shia militia allies made a string of gains in the last week after capturing a major air base that brought them just 12 kms from Saraqeb, the first heavily populated city in Idlib within their reach.

They were pushing towards the main Damascus-Aleppo highway, the capture of which would cut rebel supply lines and open the door to an army advance into the heart of the province.

On Sunday, rebels led by the militant Turkestan group waged a counter attack against the Syrian army and Iranian-backed militias near the Abu Duhur air base in southern Idlib.

The bombardment from the sky and fears of revenge by advancing Syrian troops and Iranian-backed militias have led to an exodus of tens of thousands of civilians further north to the safety of makeshift camps on the Syrian side of the Turkish border.

The United Nations and aid workers have warned of a humanitarian catastrophe if the fighting nears the province’s most heavily populated areas, where some two to three million people live. 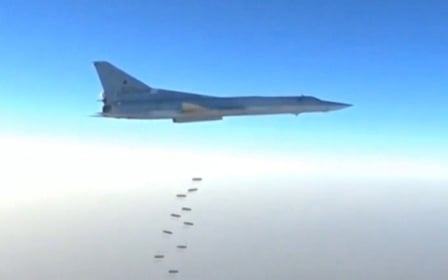 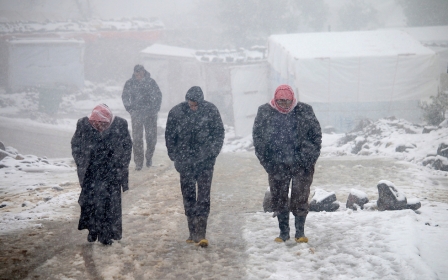 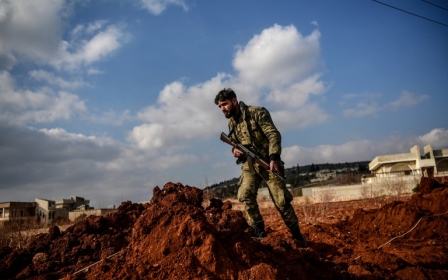