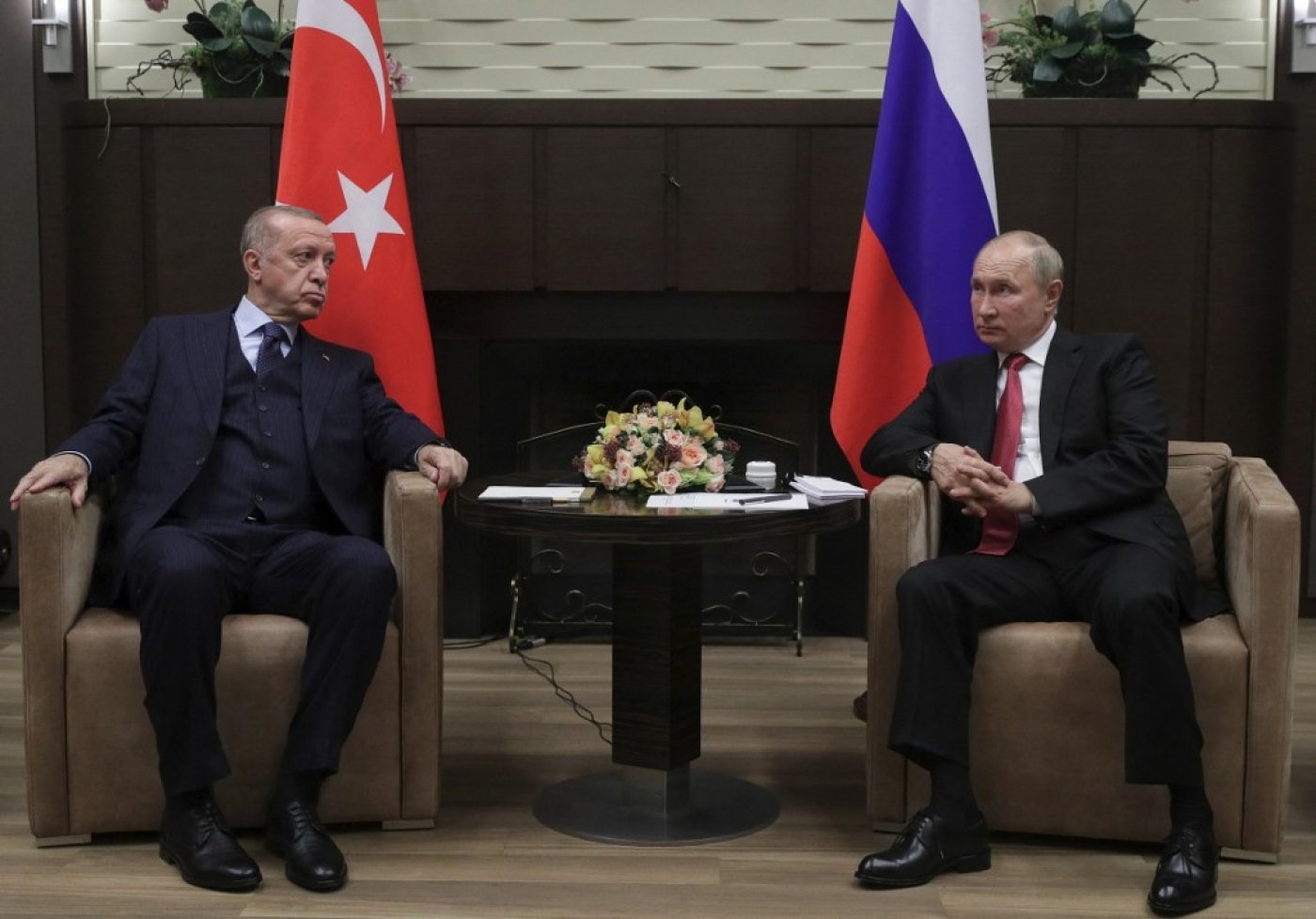 Erdogan, left, who has often called Putin, right, a friend, previously spoke with him on 23 February, a day before Moscow launched what it calls a "special military operation" in Ukraine (AFP)
By
MEE and agencies

However, Putin warned Ukraine that Russia's military operation would only be halted if Kyiv stopped resisting and fulfilled all of the Kremlin's demands, according to a Kremlin readout of the call between the two leaders.

In a statement after the one-hour phone call, the Turkish presidency said Erdogan told Putin that Ankara was ready to contribute to a peaceful resolution of the conflict, adding he stated that a ceasefire would ease concerns over the humanitarian situation. "President Erdogan renewed his call of 'let's pave the way for peace together,'" his office said.

Putin told Erdogan that Ukraine's negotiators should take a more "constructive" approach at talks with Moscow to take into account the reality on the ground.

The Russian president also said his "special operation" in Ukraine was going according to plan and to schedule.

"It was underlined that the suspension of the special operation is only possible if Kyiv stops military operations and carries out well-known Russian demands," the Kremlin said.

Putin told Erdogan that Moscow was open to dialogue with the Ukrainian authorities, but that he hoped Ukrainian negotiators would take a more constructive approach at the next round of talks.

"... attention was drawn to the futility of any attempts to drag out the negotiation process, which is being used by the Ukrainian security forces to regroup their forces and resources," the Kremlin said.

"It is hoped that during the planned next round of negotiations, Ukraine's representatives will show a more constructive approach, fully taking into account the emerging realities."

Russian media said Putin also held almost two hours of talks on Sunday with French President Emmanuel Macron, who has stayed in regular contact but, as with other international efforts, has yet to persuade Moscow to call off a campaign now in an 11th day.

The Elysee said Putin had told Macron that Russia was not seeking to attack Ukraine's nuclear plants.

The conversations between the leaders came as efforts to evacuate the heavily bombarded city of Mariupol failed for a second day in a row.

'No plans for sanctions'

Nato member Turkey shares a maritime border with Ukraine and Russia in the Black Sea and has good ties with both countries.

Ankara has opposed sanctions on Moscow, but has also described its invasion of Ukraine as unacceptable, previously called for a ceasefire and offered to host peace talks.

Speaking to reporters in Istanbul on Saturday, presidential spokesman Ibrahim Kalin said: "We have no plans for sanctions right now... We do not want to be pushed into a position where we become a party in the war. We need to be able to speak with both sides."

Turkey has forged close cooperation with Russia in defence, energy and trade, and relies on Russian tourists.

But it has also sold drones to Kyiv, angering Moscow, and opposes Russian policies in Syria and Libya and its annexation of Crimea in 2014. Erdogan, who has often called Putin a friend, had last spoken with him on 23 February, a day before Moscow launched what it calls a "special military operation" in Ukraine.

Kalin repeated that Turkey could not abandon ties with Kyiv or Moscow. He said Ankara was in contact with both the Ukrainian and Russian negotiating teams.

"While these intense attacks continue on Ukrainian cities, it would be naive to expect a concrete, binding result that will positively impact the situation on the ground," Kalin said. 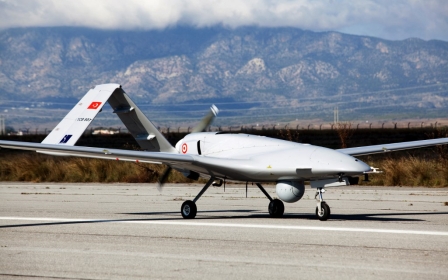 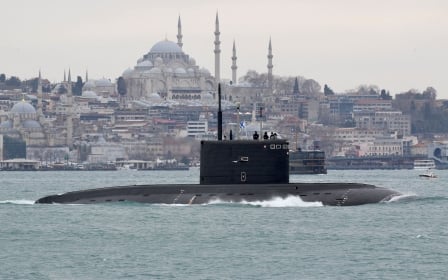 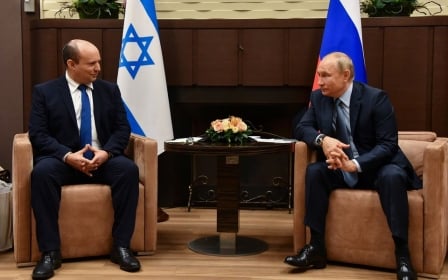