Vessels carrying a total of about 58,000 tonnes of corn set sail for Ireland, Britain and Turkey 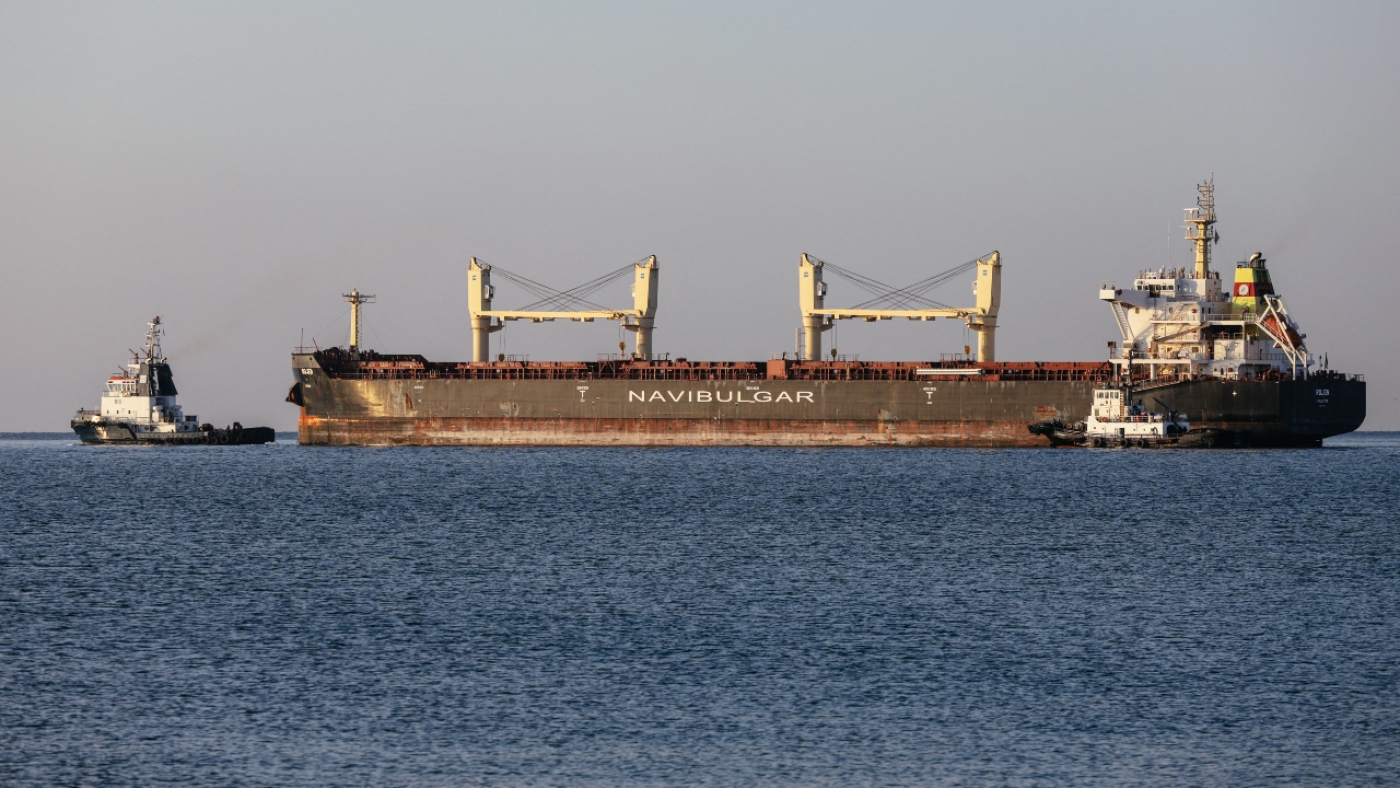 The Maltese-flagged bulk carrier Rojen, carrying 13,000 tonnes of corn, leaves the Ukrainian port of Chornomorsk, bound for Teesport in the United Kingdom, on 5 August 2022 (AFP)
By
MEE and agencies

The Joint Coordination Centre (JCC) in Istanbul, which combines Russian, Ukrainian, Turkish and UN personnel, said two ships were setting off from Chornomorsk and one from Odesa. The three vessels, carrying a total of about 58,000 tonnes of corn, have been authorised to leave Ukrainian ports as part of a deal to unblock grain exports.

The Turkish defence ministry said on Twitter that the Panamanian-flagged Navistar, carrying 33,000 tonnes of corn from Ukraine to Ireland, departed from Odesa port. The ship will be inspected by officials from the JCC to the north of Istanbul.

The second ship, the Maltese-flagged Rojen, carrying 13,000 tonnes of corn, departed from Chornomorsk for Britain. The JCC was monitoring its progress.

The Turkish-flagged ship Polarnet, carrying 12,000 tonnes of corn, set off from Chornomorsk for the Turkish Black Sea port of Karasu, Reuters reported. It, too, will be inspected by a JCC team to the north of Istanbul.

When the Razoni departed this week, it became the first ship loaded with Ukrainian grain to set off from a Ukrainian port since the Russian invasion. The vessel left under a safe passage agreement between Moscow and Kyiv brokered last month by Turkey and the United Nations.

The JCC's role is to implement the agreement, which will be valid for 120 days, with automatic renewal.

Any complaints about the operation will be assessed and resolved through the JCC.

Ukraine is a major grain exporter, but its shipments have slumped since the beginning of the war because its Black Sea ports - a key route for shipments - have been largely closed. The closure has helped drive up global food prices, prompting fears of shortages in Africa and the Middle East. 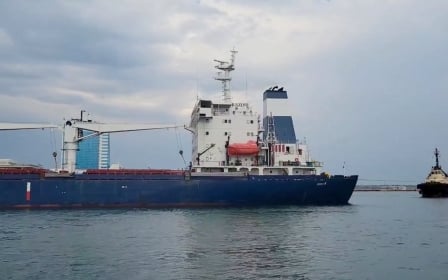