The logo of the joint-military exercise, taken from the Russian Defence Ministry's official English-language website
By
MEE staff

Russian paratroopers are taking part in military exercises in Egypt for the first time amid an apparent warming of relations between Cairo and Moscow.

Russia's Ministry of Defence posted photos on its website of Russian airborne troops being greeted by their Egyptian counterparts prior to the beginning of the two-week joint manoeuvres.

The drills, labelled as “Defenders of Friendship – 2016,” are described as counter-terrorist exercises and are being coordinated from a joint command centre from the el-Hammam military base, located on the Mediterranean coast near Alexandria.

Over 500 Russian and Egyptian troops are taking part, as well as 15 different kinds of aircraft according to the Russian Defence Ministry’s English-language website.

The website added: “This is one of the first opportunities for the Russian paratroopers to participate in the joint exercise held in the territories of the African continent.”

The focus of the training is to practice “blocking and eliminating illegal armed formations in a desert.”

The website added: “Russian and Egyptian servicemen are to perform parachute jumps from the altitudes of 2000-7000 feet. Different aircraft with different aerodynamic characteristics flying with different speeds will be one of the peculiarities of the joint exercise.”

The exercises come at a time when Russian President Vladimir Putin has expressed interest in reopening an old Soviet base in Egypt, deepened his involvement in the Syrian civil war, and Syria’s chief intelligence official made his first public visit to Egypt, where he met with the head of the Egyptian intelligence service.

Egypt's military has traditionally been close to the US and the country received has received more than a billion dollars in military aid annually since 1987 according to a 2016 congressional report.

The US military regularly staged in exercises in Egypt before 2010, but has not done so since the 2011 Egyptian revolution.

US President Barack Obama announced the cancellation of the most recently scheduled manoeuvres in the Sinai desert in 2013 in protest at the Rabaa massacre in which hundreds of protesters were killed by security forces. 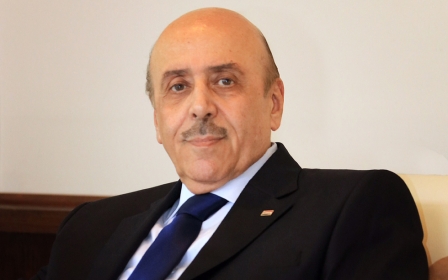