Saudi Arabia and the UAE are reportedly readying to provide a further $20bn financial aid package to cash-strapped Egypt in the wake of last week’s elections. The money would come in addition to the billions already provided, with preliminary talks already said to be underway in Cairo, Arabic media reported over the weekend.

Since the overthrow, Morsi and his Muslim Brotherhood have been subjected to a widespread crackdown, with the new authorities labelling the group a terrorist organisation. Some 16,000 Brotherhood supporters have since been imprisoned and hundreds have been sentenced to death in mass trials.

Saudi Arabia and the UAE, as well as Kuwait, which all fear the Brotherhood's influence in the region, have thrown their lot behind Sisi and provided billions in financial aid. The Guld countires hope their support will stave off Egypt’s economic decline and subsequent instability which has gripped the country since former strongman Hosni Mubarak was toppled in January 2011. On Sunday, the interim authorities announced that Egypt would spend an additional $9.8bn on controversial fuel subsidies in the year to 30 June, which would be on top of the $13.9bn already earmarked.

If the $20bn pay-out is secured, it will be more than double the amount already pledged by the oil-rich states that said back in April they would provide an additional $8bn in assistance following Sisi’s election.

Egypt’s final election results for the 26 – 28 May vote have not been officially announced, although Sisi is certain to win with more than 90 percent of the vote. His only challenger Hamdeen Sabahi already conceded the controversial election. 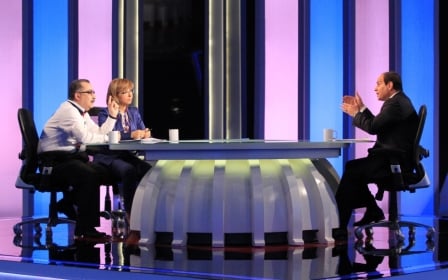