The economics of Egypt’s coup

Eric Walberg
Egypt is forming an economic dependence on funds from Saudi Arabia and the UAE that spells economic disaster for the vast majority of ordinary Egyptians who will be left paying the price. 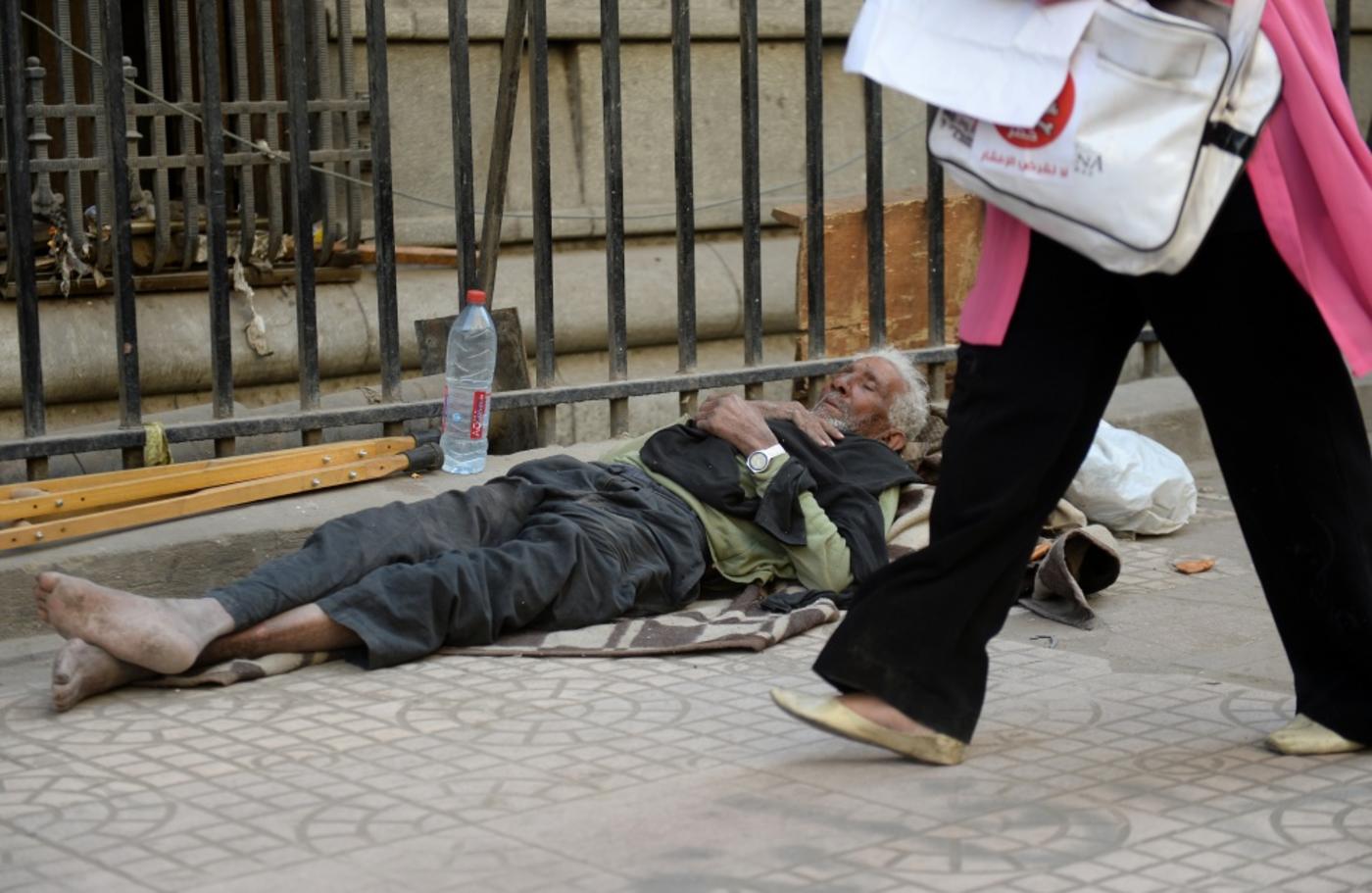 As Egypt inches towards the first anniversary of the July 3 overthrow of president Mohamed Morsi, the economy continues to flounder. The military-backed government promised stability, but it won’t deliver this through reverting to failed Mubarak-era policies and relying on handouts from Gulf Security Council (GCC) states.

Despite loud media support for the military government, discontent is high. Ongoing gas shortages and power outages, as well as anger over a new minimum wage law that excludes 75% of the labor force, sparked a wave of wildcat strikes in February that prompted the government to resign.

GCC countries paid $15bn in aid to Egypt after the July coup. Although this was quickly spent supporting the Egyptian pound and on a $4.9bn stimulus package, the national currency has since continued to slide and economic growth has stalled, at best reaching 1% in the first quarter. The budget deficit is 14% of GDP while unemployment is 13.4% and inflation is 10%.

Public and foreign debt are also accelerating, putting yet more pressure on the pound. GCC aid is not just monetary and includes fuel and natural gas, which Egypt was cavalierly exporting until last year, further highlighting Egypt's economic disintegration.

A Bank of America report in February described a presidential bid by Field Marshal Abdel Fattah Sisi as “market-friendly in the near term”. However, the bank also warned that Sisi’s holdover of officials and discredited policies from the Mubarak era suggested “a watered down version of the pre-revolution regime”. Addressing the nation in early March, Sisi lamented, “Our economic conditions are so, so difficult.” He pointed to fuel and other subsidies which cost the government $15bn a year, account for 30% of the government budget and 9% of GDP, but gave no clear prescription.

A major problem for foreign investors is angst about the legality of the privatisation programme carried out under Mubarak. After the 2011 uprising, a raft of legal challenges were launched against the widespread corruption that was exposed and judges started overturning past privatisation deals under popular pressure.

The Muslim Brotherhood (MB) government tried to square the circle. Morsi allowed challenges to the past privatisations of state-owned enterprises while encouraging small business. Before he was arrested, he made hundreds of dismissals in the military ranks and hundreds more in the bureaucracy, chipping away at the corrupt ruling elite’s stranglehold on the economy.

The MB were also catching onto how past measures by international finance groups had hurt the country, noting that money purportedly saved by an IMF “structural adjustment” launched in 1991 had actually benefitted foreign bankers, not ordinary Egyptians. Instead of a ‘slash and burn’ ending of subsidies, the Morsi government tried to make them more efficient by curtailing corruption. They re-negotiated with the IMF, finally proposing that some of the debt be cancelled as “odious debt” - a precedent that earned them no allies in Washington, though the US used the principle to cancel Iraq’s foreign debt in 2003.

Crucially, the MB also began a shift in political and economic relations with Israel. It worked directly with Hamas, even mediating Hamas-Fatah talks. The MB developed an ambitious plan to transform the Sinai, including building civilian infrastructure, creating industry, and strengthening its internal and military security, in defiance of the US-Israeli assumption that it was a no-man’s buffer zone. There were tantalising hints that a new Middle East economic constellation which would include Iran was being forged.

Egypt was ripe for such developments but Morsi's overthrow led to a reversal of many of these policies. The old secular elite has since clawed back power and has proved unwilling to make room for a less corrupt, more dynamic, more home-grown and non-Cairo-based strata of entrepreneurs.

A draft investment law now aims to prevent third parties from challenging contracts made between the government and investors. In short, investors want to have their cake and eat it: no more corrupt Mubarakite officials but also no more challenges to corrupt investment deals which often strip a state company of its assets and lay off workers, spiriting profits abroad.

As this neo-Mubarak investor-friendly climate is fashioned, it will be ordinary Egyptians who face losing their subsidies and jobs, while watching their modest new minimum wage be eaten up in inflation.

Egypt’s newly strengthened Gulf alliance has been touted as a way out of the crisis, but it is actually only leading the country down a dangerous path.

In the past, the Gulf states were protected by the British and more recently the Americans. Now, it seems, they want to buy security from Egypt. Interim Egyptian President Adly Mansour told Kuwaiti press on the eve of the Arab Summit in March that GCC security was a national responsibility for Egypt. According to Mansour, the countries were “partners in identity” that both suffered from “blind terrorism”.

The consequence of this partnership in identity is a distancing from the Palestinian cause, particularly Hamas in Gaza. This can be interpreted as a betrayal of true “partners in identity” – after all Gaza was a part of Egypt until 1967.

Israeli leaders breathed a collective sigh of relief when Sisi took power, and are busy developing newly found offshore Palestinian natural gas reserves. Tel Aviv is planning to not only end imports from Egypt (which were priced below market value and cost Egypt $1bn), but also to export Palestinian gas to Egypt to meet ongoing gas shortages. Egypt will pay an estimated four times more for these imports than it earned on its gas exports to Israel between 2005–2011.

Such an embarrassing turn of events would hardly add to Sisi’s popularity. The military is once again scrambling to look relevant, clearly unable to deal with a rapidly changing landscape and formulate a plan to save Egypt from its ongoing travails. Neither the IMF, the US, Israel, nor the GCC have reason to be optimistic about the country in either the near or long term.

- Eric Walberg is a journalist specialising in the Middle East, Central Asia and Russia. An economics expert he has written widely on East-West relations since the 1980s. Eric has previously worked as a UN advisor and currently writes for PressTV and Al Ahram. He is the author of Postmodern Imperialism: Geopolitics and the Great Games and From Postmodernism to Postsecularism: Re-emerging Islamic Civilization.