Riyadh is denying visas to Palestinians in Jordan, Lebanon, East Jerusalem and Israel who wish to perform pilgrimages 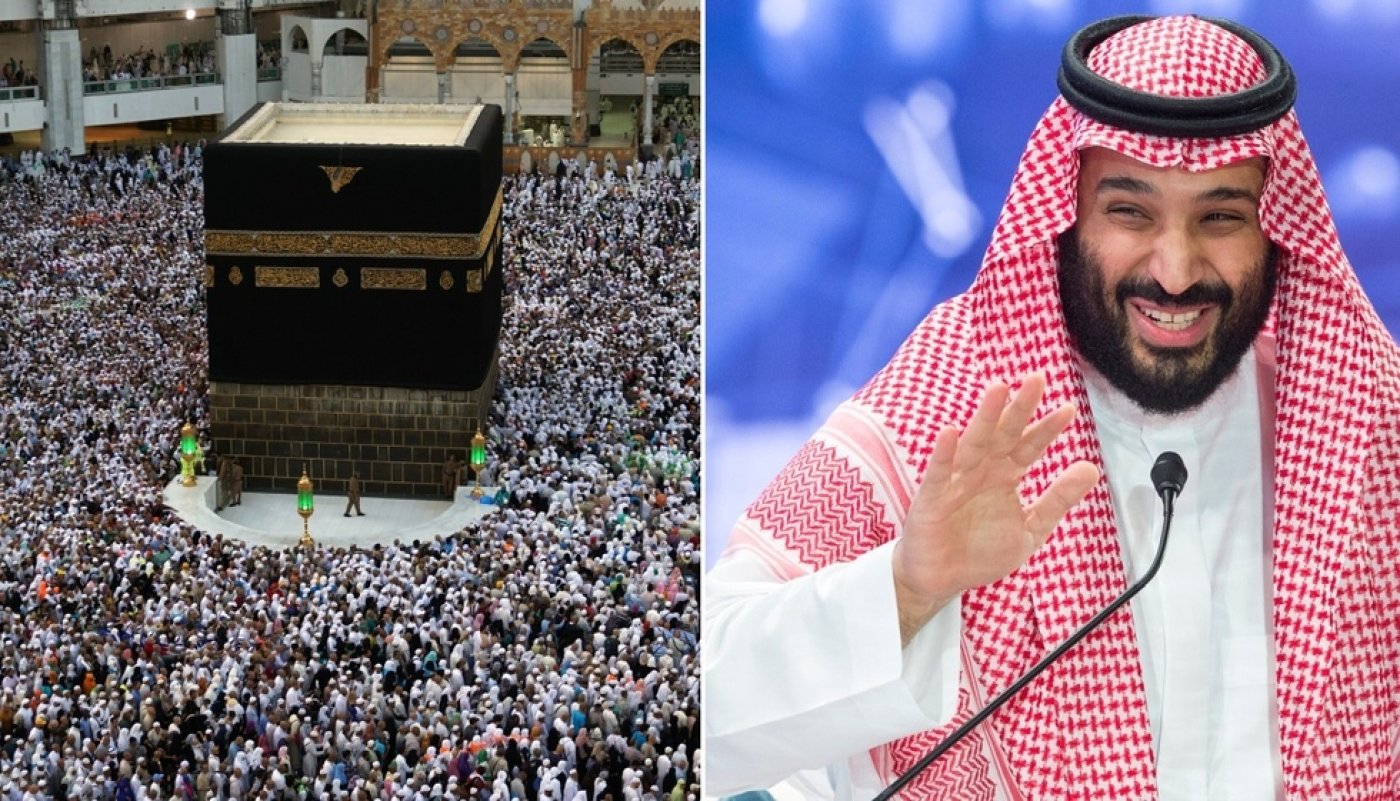 Saudi Arabia is barring more than one and a half million Palestinian citizens of Israel from travelling on temporary Jordanian passports to perform the Islamic pilgrimages of Hajj and Umrah in the holy city of Mecca, Middle East Eye can reveal.

The measure is part of Saudi Arabia's new policy to stop issuing visas for Hajj and Umrah to Palestinians in Jordan, Lebanon, East Jerusalem, and, most recently, to Palestinians living in Israel, who hold temporary travel documents issued by Jordan or Lebanon - a policy that became effective on 12 September.

This Saudi move affects 2.94 million Palestinians in total across these states, who have no access to any other form of travel document allowing them to go to Saudi Arabia, where millions of Muslims travel each year on pilgrimage to the holy cities of Mecca and Medina.

Several travel agents spoken to by MEE in Israel, East Jerusalem and Jordan said that they were informed by Jordan's Ministry of Awqaf and Islamic Affairs that the Saudi embassy in Amman told them to not apply for visas for anyone seeking to travel to Mecca on a temporary Jordanian passport.

A Jordanian source, with an inside knowledge of his country's diplomatic affairs, told MEE that the Saudi decision is part of a bilateral agreement with Israel to put an end to the "Palestinian identity and the right of return for refugees".

"It is all part of a bilateral agreement between Israel and Saudi Arabia. But Jordan is refusing to naturalise Palestinians."

Jordanian MPs told MEE that Jordan has been issuing temporary travel documents since 1978 for Palestinian citizens of Israel, who fell under Israeli military administration after the 1948 Arab-Israeli war.

Saud Abu Mahfouz, a Jordanian MP, said that they have asked Jordan's minister of interior and the minister of Awqaf to send a committee to Riyadh, the Saudi capital, to negotiate a reversal of the policy, and called upon King Salman to intervene.

"The decision is affecting every Arab and Muslim who has the right to worship. We have been hearing complaints about this matter since last year, and we were surprised to find almost 200 tourist companies in Jordan not able to issue an electronic visa for Umrah from the Saudi embassy for Palestinians," Abu Mahfouz said.

Another Jordanian MP, Yahya Al-Saud, said that they have asked for a meeting with the Saudi ambassador in Amman, Khaled bin Faisal, but the embassy has yet to set a date for the meeting.

"There is a pressure on Jordan. The Saudis are saying that only people with permanent passports could get a visa for Hajj and Umrah," he said.

Prior to 1978, Palestinian citizens of Israel endured three decades without going to Hajj and Umrah, a situation that ended when Jordan's King Hussein began a policy in coordination with the Arab League to issue travel cards for them to perform Hajj, one of Islam's five pillars.

After 2000, Jordan's Civil Status and Passports Department in Amman started issuing them temporary passports instead of travel cards that are valid for a year and cost 50 Jordanian dinars ($70).

Saudi Arabia and the majority of Arab states do not recognise the Israeli passport. The Jordanian temporary passport was a tool to facilitate Hajj and Umrah pilgrimages to Mecca for Palestinian citizens of Israel who hold an Israeli passport.

"Since 1978, we were just allowed to go to Hajj, but in the 1990s Saudi Arabia allowed us to go to Umrah [also]," Saleem Shal'atah, the head of the Hajj and Umrah Committee for Muslims of 48 that organises the journeys to Saudi Arabia, told MEE.

Shal'atah said that he and two of his colleagues were denied a visa by the Saudi embassy in Amman on their Jordanian temporary passports, Jordan's Ministry of Awqaf and Islamic Affairs told them last month.

"We were going to check the hotels and other travel arrangements for the new season of Umrah that starts on 16 December, as we do annually, but no visas were issued," he said.

MEE reported in September that Saudi Arabia had banned Palestinians holding temporary Jordanian passports from entering the country, a measure directly affecting almost 634,000 Palestinians living in Jordan and 324,000 in the Israeli-occupied East Jerusalem.

Several travel agents who spoke to MEE at the time said they had been told at the start of September that they should not apply for visas for anyone seeking to travel on a temporary Jordanian passport, although no official Saudi announcement had been made.

The holders of temporary passports do not have a national identification number and are therefore not entitled to the full rights of Jordanian citizenship.

In October, MEE reported on another decision by the Saudi embassy in Lebanon to bar Palestinian refugees entry visas for Hajj and Umrah on their refugee travel documents.

An official at the Saudi consul's office in Beirut confirmed to MEE then that following a decision by the Saudi Foreign Ministry in Riyadh, they had informed tourism companies in Lebanon that no Hajj and Umrah visas would be issued to Palestinians on their refugee travel documents - a decision that became effective on 12 September.

"The Palestinian refugees [in Lebanon] can now get visas on a Palestinian Authority passport," the official said.

Ashraf Dabbour, the Palestinian Authority ambassador in Beirut told MEE that the embassy knew about the Saudi visa decision through unofficial channels and word of mouth from Palestinian local figures.

But he denied that the PA would issue travel documents for refugees in Lebanon wishing to travel to Saudi Arabia.

Palestinian refugees in Lebanon are estimated to number 174,422, according to the country's first and only census of the community in December.

They hold refugee travel documents issued by Lebanon's General Directorate of the General Security and currently have no access to any other form of travel documents allowing them to go to Saudi Arabia.

Unrepented sins: How the message of the Hajj is lost on Saudi Arabia
Ghada Karmi
Read More »

They can apply for a Lebanese travel document that is valid for one, three or five years, and the application fees are similar to that of the Lebanese passport, which costs $40 for each valid year.

Palestinian refugees in Lebanon have no political rights of citizenship to vote in elections for parliament or local municipalities.

They are also prohibited from practising 20 professions including law, medicine and engineering, and are not allowed to work in government institutions because they are designated as "foreigners" under Lebanese law.

Some Palestinian and Arab media have linked the Saudi move to US President Donald Trump's as-yet-unannounced "deal of the century" proposal, amid rumours that Washington sought Saudi support for measures that would revoke the right of return of Palestinian refugees displaced by the creation of Israel in 1948 and subsequent Arab-Israeli wars.

Israel Katz, Israel's minister of transport, tweeted on 11 September welcoming Trump's "initiative" regarding the issue of Palestinian refugees, saying that the Palestinian refugee "problem" in Jordan, Syria, Lebanon and Iraq "would be good to disappear from the world".