Saudi Arabia executed three people on 26 May bringing the total beheaded in 2015 to 88, passing the total for all of 2014 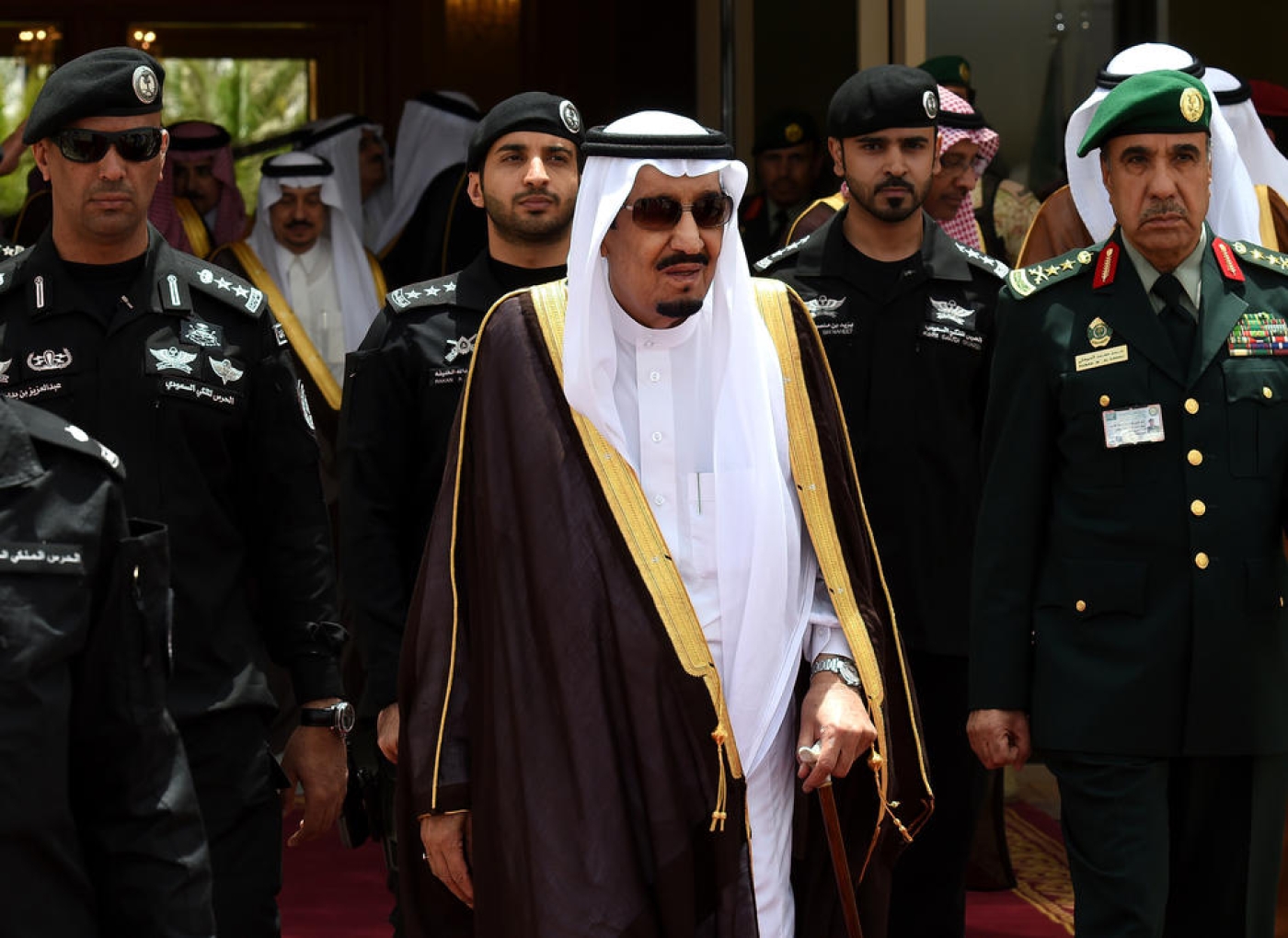 Saudi Arabia on Tuesday carried out its 88th execution so far this year, surpassing the total for all of 2014 despite activists' concerns that trials are not conducted fairly.

The interior ministry identified the latest to be put to death as Saudi nationals Awad al-Rowaili and Lafi al-Shammary, who were convicted of smuggling amphetamines.

They were executed in the northern region of Jawf, the ministry said in statements carried by the official Saudi Press Agency.

Another Saudi, Mohammed al-Shihri, was separately put to death in the south-western region of Asir for murder.

The conservative kingdom executed 87 people in 2014, according to an AFP tally. 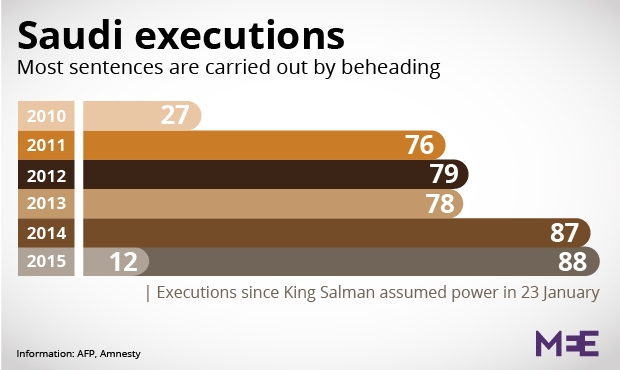 Those beheaded this year include Siti Zainab, an Indonesian domestic worker convicted of murder despite concerns about her mental health, according to the Indonesian newspaper Kompas.

Jakarta summoned Riyadh's ambassador over her case, a rare diplomatic incident linked to Saudi Arabia's executions, around half of which involve foreigners.

Also among this year's dead are at least eight Yemenis, 10 Pakistanis, Syrians, Jordanians, and individuals from Myanmar, the Philippines, India, Chad, Eritrea and Sudan.

Saudi Arabia ranked among the world's top five executioners in 2014, according to Amnesty.

Drug trafficking, rape, murder, apostasy and armed robbery are all punishable by death.

Executions are carried out in public, mostly by chopping off the condemned person's head with a sword.

A surge in executions began towards the end of the reign of King Abdullah, who died on 23 January, but accelerated this year under his successor King Salman, in what Amnesty International has called an unprecedented "macabre spike".

Activists are unable to explain specific reasons for the surge and officials have not commented.

One activist said the death penalty is only carried out with the king's final approval.

"So if the king is strict he will sign this paper," said the activist, asking for anonymity.

Salman has adopted a more assertive foreign policy and in April promoted his powerful Interior Minister Mohammed bin Nayef to be crown prince and heir to the throne.

The Berlin-based European Saudi Organisation for Human Rights said in a report that the death penalty in the kingdom is "often applied to powerless individuals with no government connection".

Ali Adubisi, the group's director, told AFP that economic factors could be leading to a rise in drug crimes. Many are turning to the illegal business "because they are poor," he said.

Drug and murder convictions account for the bulk of executions in Saudi Arabia.

But according to London-based Amnesty, only crimes of "intentional killings" meet the threshold for use of the death penalty under international human rights standards.

It said court proceedings in the kingdom "fall far short" of global norms of fairness.

"Trials in death penalty cases are often held in secret. Defendants are rarely allowed formal representation by lawyers" and may be convicted solely on the basis of 'confessions', Amnesty said in a report.

With the number of beheadings soaring, the civil service this month advertised for eight new "executors of retribution".

In a country where government officials are not known for their openness, all executions are publicised by the official press agency, and the interior ministry has cited deterrence as a reason for the punishment. 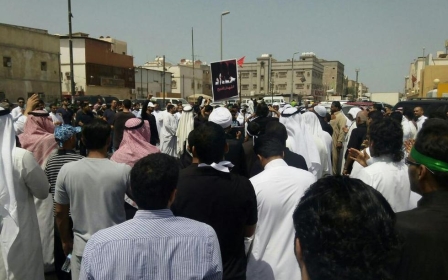 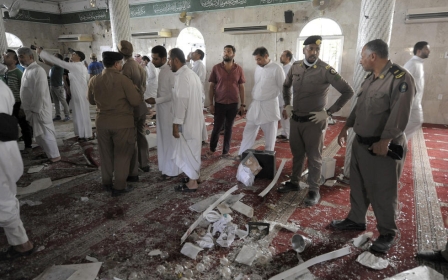 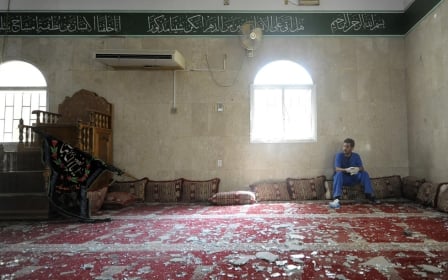