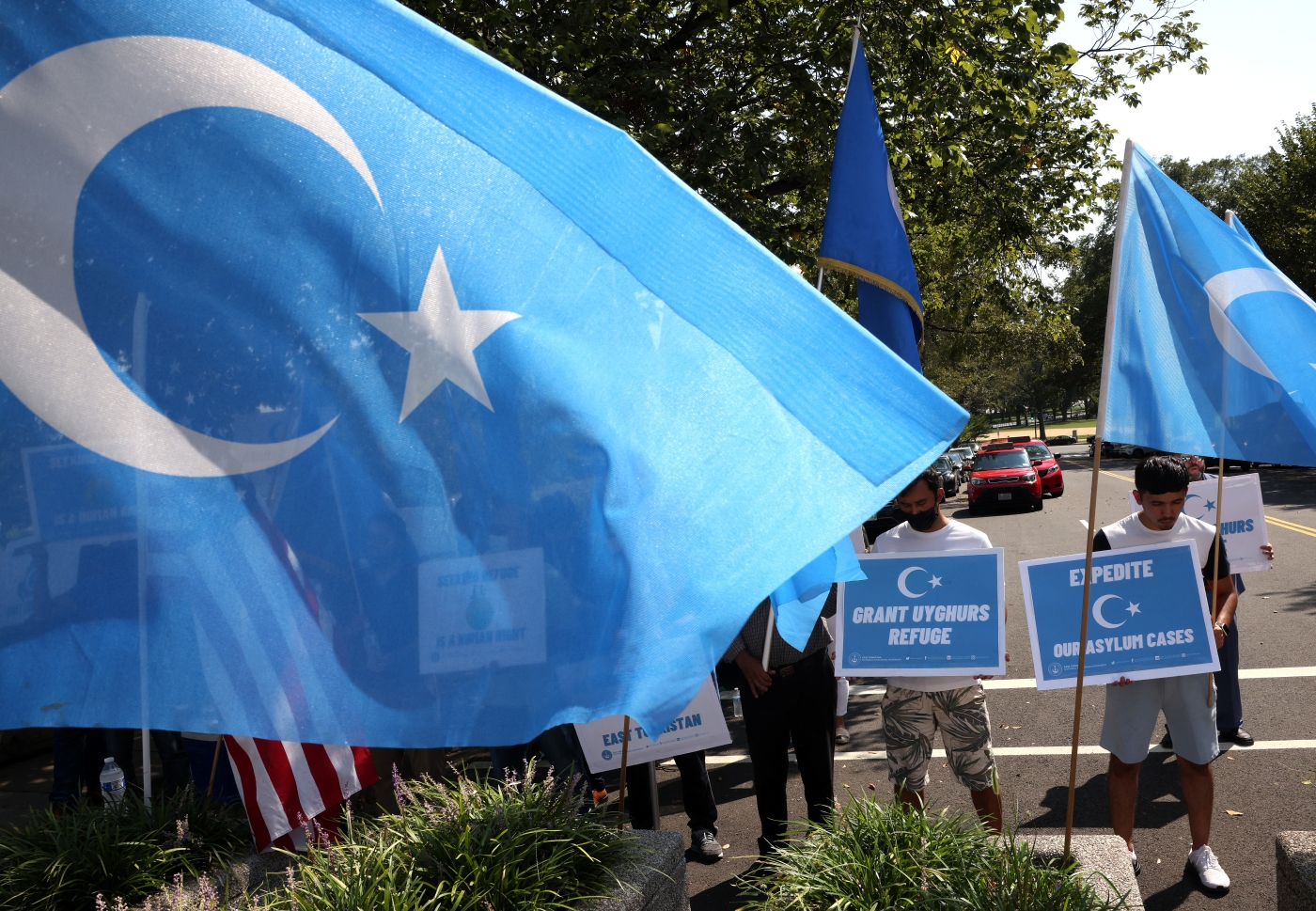 Members of the Uyghur community rally against the Chinese government at the US State Department on 15 September 2021 in Washington, DC (AFP)
By
Edna Mohamed

Amnesty International said on Monday that a 13-year-old Uyghur girl is among four people at imminent risk of being deported from Saudi Arabia amid fears that deportation plans may already be underway.

Buheliqiemu Abula and her daughter were detained near Mecca on Thursday and told by police they faced deportation to China along with two Uyghur men who were already being held, according to a message received by Abula’s friends.

“Deporting these four people - including a child - to China, where Uyghurs and other ethnic minorities are facing a horrific campaign of mass internment, persecution and torture, would be an outrageous violation of international law,” Lynn Maalouf, Amnesty International's deputy regional director for the Middle East and North Africa, said.

“With time seemingly running out to save the four Uyghurs from this catastrophic extradition, it is crucial that other governments with diplomatic ties to Saudi Arabia step in now to urge Riyadh authorities to uphold their obligations and stop deportations.”

Abula is also the former wife of Nuermeiti Ruze, who, with Aimidoula Waili, has been detained without charge in Saudi Arabia since November 2020.

According to the Uyghur activist Abduweli Ayup, Waili was targeted as an influential religious scholar and was previously arrested in Xinjiang in 2013 and 2014 for his preaching.

Abula has maintained regular contact with her ex-husband Ruze until two weeks ago.

The last time they spoke, on 20 March, Ruze told Abula that he said to Saudi authorities that he “would rather die than be sent back to China”.

Last month, family members of the two men, who are Turkish residents, told Amnesty that Waili and Ruze were transferred from Jeddah to Riyadh and back again on 16 March, a move that they believed signalled their approaching extradition to China.

"Beijing is desperately trying to stop Uyghurs living abroad from speaking out about what has been happening to them and their family members so that it can defend its human rights record.

'We are extremely alarmed by reports of unconscionable detention and possible deportation of a teenager, which is a manifestation of the fact that Uyghur people are being targeted on the basis of their ethnicity and religion'

"If sent back to China, these people are facing arbitrary detention, torture, forced cultural assimilation, and political indoctrination in internment camps. Under international law, governments have obligations not to deport any Uyghurs to China," he said.

Akad added in reference to reports that a 13-year-old faced possible deportation to China:

"We are extremely alarmed by reports of unconscionable detention and possible deportation of a teenager, which is a manifestation of the fact that Uyghur people are being targeted on the basis of their ethnicity and religion.

"Instead of harassing its Uyghur residents, the Saudi government must protect them at all costs and not deport them to China."

Under the customary international law principles of nonrefoulement and as a state party to the UN Convention against Torture, Saudi Arabia is obliged not to return anyone to a country where they would face a real risk of torture or other cruel, inhuman or degrading treatment or punishment, persecution and other serious human rights violations.

“The Saudi government must abandon any attempt to extradite the four Uyghurs to China and release them from detention immediately unless they are charged with an internationally recognisable crime,” Maalouf added.

“Strategic allies of Saudi Arabia, such as the United State and the United Kingdom, must not stand by while it wilfully ignores human rights law. The international community must do everything it can to prevent the illegal extradition of Uyghurs to China." 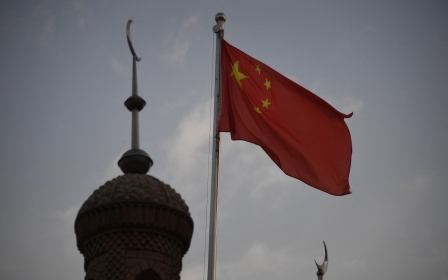