The execution of Tuti Tursilawati has sparked anger from the Indonesian government, with the Gulf kingdom implementing the death penalty without prior notice 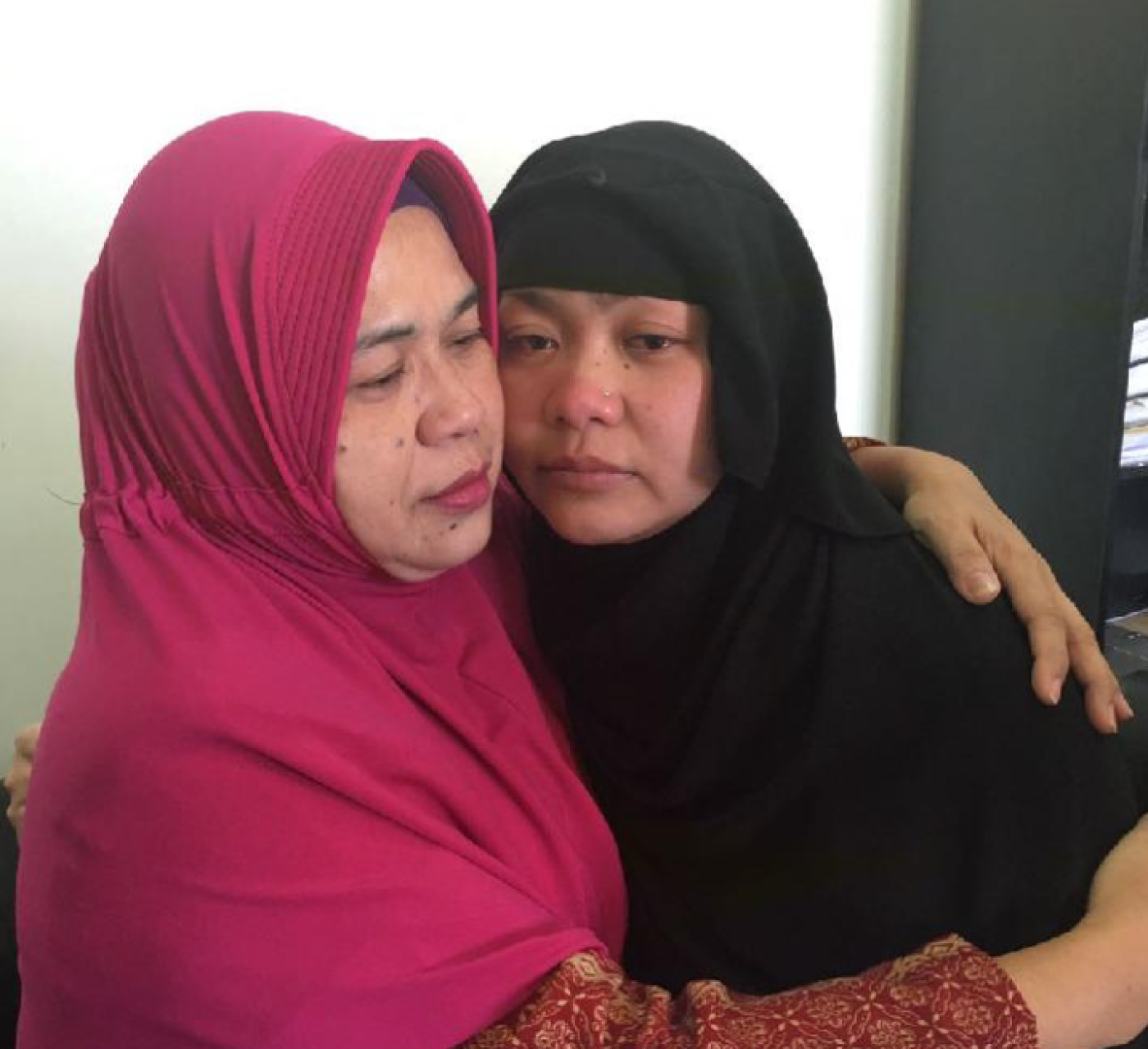 Tuti Tursilawati, right, saying goodbye to her mother who had flown to Saudi Arabia to bid farewell ahead of her execution (Supplied)
By
Areeb Ullah

Saudi Arabia is facing renewed international pressure from the Indonesian government after it executed an Indonesian female migrant worker without informing them.

Tuti Tursilawati was sentenced to death in 2011 for killing her Saudi employer. Her execution took place in Taif on Monday and marks the fourth time Saudi authorities had failed to inform Indonesia they had carried out the death penalty on one of its citizens.

Tursilawati said she acted in "self-defence" and that she killed her Saudi boss after he attempted to abuse her sexually. Before her death, Tursilawati's family had flown out to Taif in Saudi Arabia to bid farewell to the abuse victim.

Following Tursilawati's death, Indonesian President Joko Widodo called Saudi Foreign Minister Adel Jubeir to demand an answer on why his government was not informed, according to official reports.

"We have called Saudi Arabia's foreign minister and conveyed our protest," said Widodo, according to his cabinet secretary's office.

Indonesia's foreign minister, Retno Marsudi, told a conference in Bali it had lodged an official complaint on Tuesday to Saudi Arabia's ambassador to Indonesia.

Marsudi added that the death penalty took place despite the Indonesian government's attempts to provide "maximum legal assistance" by appealing Tursilawati's death sentence in court and sending a letter to King Salman in Saudi Arabia.

Tusilawati's death comes amid mounting pressure on Saudi Arabia to answer for the murder of the journalist Jamal Khashoggi.

The female migrant worker's was killed almost a week after Jubeir visited Indonesia and signed a series of memorandums.

The Saudi foreign minister met with Marsudi and Widodo to discuss relations between the two countries. Among the topics discussed was a provision for the Saudis to inform Indonesia's consulate before it carried out the death penalty against one of its citizens.

Indonesia, however, placed a moratorium on any Indonesian workers going to Saudi Arabia in 2011, after a female worker was beheaded for killing her employer. The moratorium was lifted in June this year.

The latest agreements signed by the two countries attempted to give domestic workers in Saudi Arabia better protection, according to Indonesia's foreign ministry.

Wahyu Susilo, from Migrant Care advocacy, told ABC News that Saudi Arabia was ignoring the Indonesian government despite attempting to protect its citizens in the Gulf kingdom.

"It turned out that Indonesia's request [to protect the rights of migrant workers] was ignored by executing Tuti," said Susilo.

In 2014, Human Rights Watch criticised Indonesia's agreements with Saudi Arabia and said it lacked clear enforcement mechanisms for workers, who are typically isolated in private homes, unaware of their rights and unable to speak Arabic.

"These reforms do not address the long history of workers coming forward with complaints, only to be slammed with counter-allegations of theft, witchcraft or adultery by their far more influential, well-connected and often wealthy employers," Nisha Varia from HRW's women's rights division said.