Saudi Arabia has 'no problem' with Muslim Brotherhood: Foreign Minister Saudi Arabia’s Foreign Minister has said publicly that Riyadh has “no problem with the Muslim Brotherhood,” in the wake of the accession of a new Saudi king expected to be more tolerant towards the group than his predecessor.

Saud bin Faisal made the comments during a two-hour interview with veteran Saudi journalist Samar al-Mogren, who was personally requested to interview Faisal.

“We do not have a problem with the Muslim Brotherhood; our problem is with a small group affiliated to this organisation,” said the world’s longest-serving Foreign Minister, who is recovering in the US after successful spinal surgery last month.

In her write-up of the interview, titled “Two Hours with Saud bin Faisal,” Mogren praised the minister’s “tolerance” towards a group she said was behind “the ongoing suffering we are experiencing”.

Faisal’s comments came as a surprise to many, in a country where the Muslim Brotherhood was designated a “terrorist organisation” last March alongside groups including Islamic State.

Despite the designation, a poll run late last year by the Washington Institute for Near East Policy found that 31 percent of Saudi respondents were supportive of the Brotherhood.

Faisal’s remarks are seen by some as signalling a policy shift under the new king, Salman bin Abdulaziz, who came to power last month after the death of his half-brother Abdullah.

A commenter on the popular Saudi forum Liberals wrote that the minister’s comments were a “general summary of the era of Salman and his political vision”.

Salman is expected by many to take a more conciliatory tone towards the Brotherhood than the late king Abdullah, who strongly backed the 2013 ouster of Egypt’s Muslim Brotherhood government, propping up the North African country’s faltering economy with billions of dollars in aid after the overthrow of former president Mohammed Morsi.

Faisal’s comments came in the wake of a short visit by the Saudi Deputy Crown Prince to Doha on Tuesday. It was his first official visit after becoming deputy crown prince.

Qatar and Saudi Arabia fell out publicly last year in an eight-month rift over Doha's support for the Muslim Brotherhood.

Saudi Arabia, the UAE and Bahrain in March withdrew their ambassadors in Doha, alleging that Qatar had undermined their “domestic security” by supporting the Islamist organisation.

In the wake of Salman’s accession to the Saudi throne, exiled Muslim Brotherhood leaders living in Qatar have expressed hope that the atmosphere in the Gulf will now become more favourable towards the group.

“There’s a growing sense of hope now; things are changing around us with new leaders coming to power,” a Brotherhood member living in Qatar told Reuters last week. 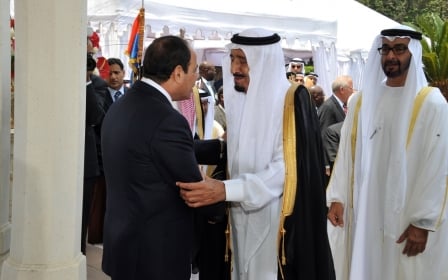 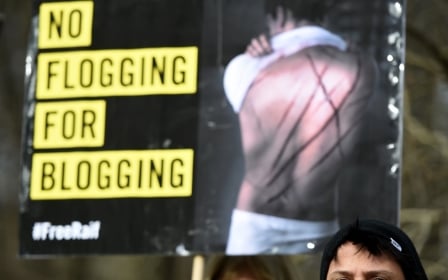