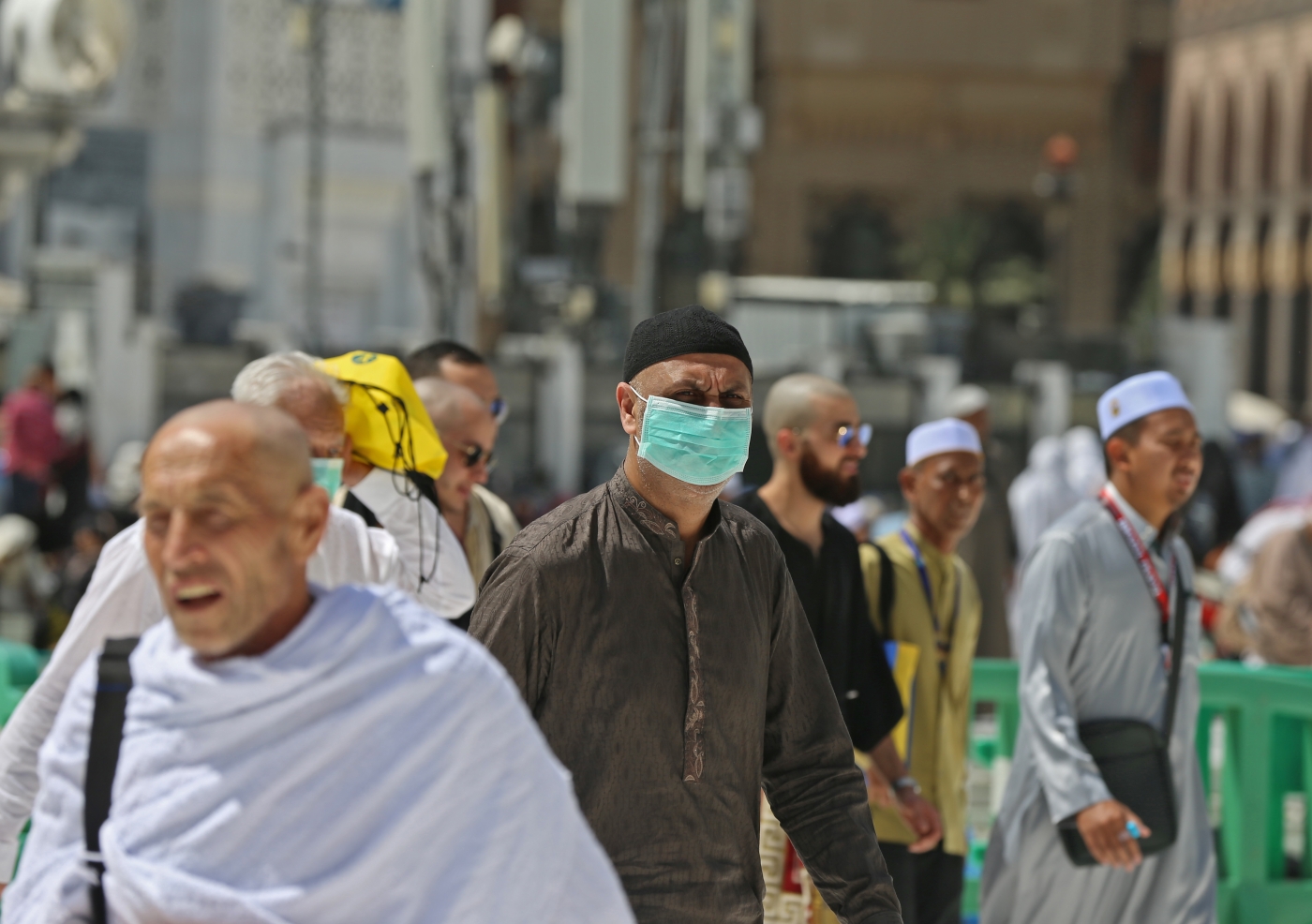 Saudi Arabia's decision to suspend travel to the country's holiest sites over fears of the fast-spreading coronavirus has left travel agents scrambling to rearrange bookings as pilgrims remain in the dark over how long the "temporary" ban might continue.

Late on Wednesday, Riyadh's foreign ministry tweeted that it was suspending entry for pilgrims heading to Mecca and Medina for Umrah, as the coronavirus, also known as COV-19, continued to spread across the Middle East.

Umrah is a pilgrimage to Mecca that can be undertaken at any time of the year, and is not considered compulsory.

'If we contain the coronavirus now, we could contribute to the safety of Hajj pilgrims'

About seven million people visit Mecca annually to perform Umrah. Prior to visiting Saudi Arabia, pilgrims are required to provide certificates for vaccinations in their visa applications.

In a bid to prepare Saudi ports for potential coronavirus patients, officials and travel agents told Middle East Eye on Thursday that it was unclear if the Hajj pilgrimage, which is scheduled to begin in late July, would be impacted by the measure.

Kamal Abu Dhiab, who heads the Jordan Society of Tourism and Travel Agents, told MEE that the travel suspension was expected and was "a must".

Abu Dhiab said that Saudi Arabia borders countries including Kuwait and Bahrain, where people have tested positive for coronavirus, and the kingdom "needs to take precautionary measures to protect pilgrims' health".

'No time limit has been given'

Multiple travel agencies in Jordan, Lebanon, and the United Kingdom confirmed to MEE that their local Saudi embassy had not informed them of the travel ban for Umrah pilgrims.

Still, Yasin Choudhury, who runs One Call Travel in East London, told MEE that the ban had affected flights that had landed in Saudi Arabia on Wednesday afternoon. "People I have spoken to on the ground have said that the ban has been put [in place] ... to give the authorities time to install scanning and quarantine facilities," said Choudhury.

"No time limit has been given on the ban from officials, but we have been told by our partner groups that the ban may last between two to five days."

Abu Dhiab said Hajj and Umrah officials told him that the suspension may last three to five days.

Speaking from Mecca, Abu Dhiab said the atmosphere in the holy city was "normal" and that nothing had changed since the ban was introduced.

Photos from the holy mosque showed pilgrims performing prayers and religious rituals while wearing masks to protect themselves from the coronavirus.

Abu Dhiab said that "if the suspension lasts for a short period of time, we will be able to talk to Saudi authorities, hotels and airlines to reschedule the already-booked packages of Umrah".

He said that a last convoy of pilgrims from Jordan was allowed entry in the morning, but the group in the afternoon was turned away at the airport in the capital, Amman.

Fadi Attal, who heads Attal Travel Agency in Tripoli, Lebanon, told MEE that Umrah season was hit hard in the wake of the country's protests, which began last October, and the plummeting value of the Lebanese pound against the US dollar.

"Despite that, it is important for me to collaborate with Saudi authorities to contain the spread of the coronavirus, because I have clients who have booked for Hajj in July, and they are doing it for the first time in their lives. If we contain the coronavirus now, we could contribute to the safety of Hajj pilgrims," Attal said.

A spokesperson for Dome Tours in London confirmed to MEE that Saudi officials had not given details on how long the ban would last.

The spokesperson, however, said that partner groups inside Saudi Arabia noted that the ban was put in place to give local authorities time to prepare the country's airports for the coronavirus.

Dar Al Eiman, one of the largest hotel companies inside Saudi Arabia, also confirmed on its social media pages that the ban had been put in place to give local authorities time to prepare isolation centres for those infected with the coronavirus.

Earlier this week, Saudi Arabia's embassy in London sent out a statement to travel agencies across Britain requesting all agencies to confirm whether prospective Umrah pilgrims had visited China, Hong Kong, Japan, Malaysia, Singapore, South Korea, Thailand or Macau or any other country where the coronavirus had spread in the last 14 days.