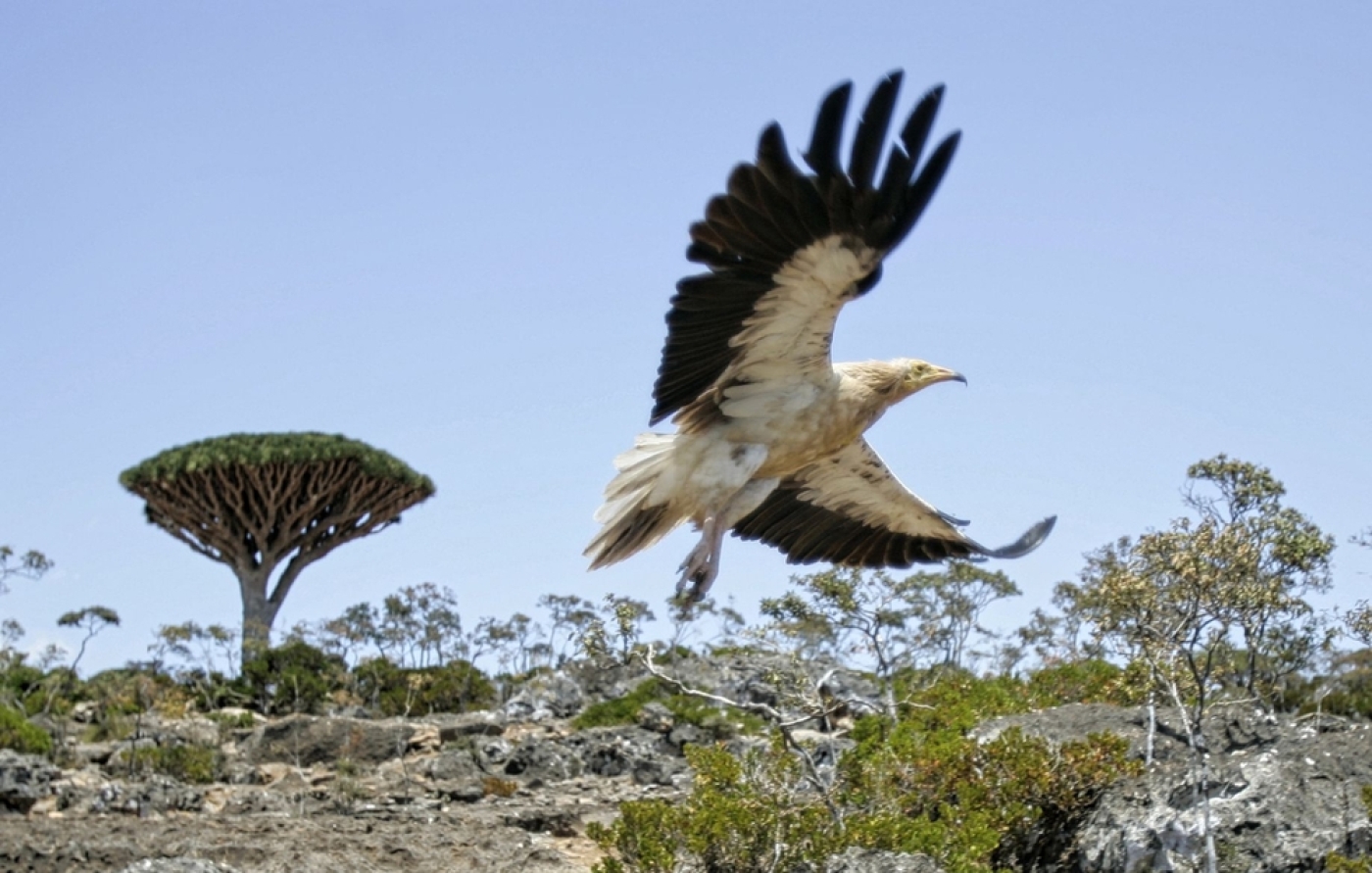 An Egyptian vulture flies on Socotra, which is renown for its wildlife, in March 2008 (Reuters)
By
MEE correspondent

SANAA – Socotra is not like the rest of Yemen.

This group of four islands, the largest one of which is also called Socotra, lies about 500km south of the Yemeni mainland. Home to 60,000 residents, it is on the main shipping routes that criss-cross the Gulf of Aden and has been occupied at various points by the Portuguese and the British, among others.

Hailed by some as the “Galapagos of the Indian Ocean”, Socotra’s biodiversity has long drawn adventurous tourists to its clear waters, rugged terrain and other-worldly vegetation and earned it a place on UNESCO’s World Heritage List in 2008. The archipelago's first airstrip was only opened in 1999.

Socotra has largely managed to sidestep the economic crisis and breakdown of society that have accompanied the Yemeni war of the past three years and left an estimated 10,000 people dead.

But its relative calm and strategic position have made it a prize location in a turbulent part of the world – and now regional powers are tussling over who should have control.

When the alarm bells rang

The United Arab Emirates is one of the main partners in the Saudi-led coalition fighting against the Houthi rebels on the Yemeni mainland.

The UAE officially arrived on Socotra in 2015 – the year war broke out - to help the victims of Cyclone Chapala, which had battered the island from late October onwards.

Initially, the UAE was welcomed by the government and locals alike, who appreciated its construction of emergency accommodation and its installation of water infrastructure and health care, including repairs to local health centres, providing patients with cheap, often free, treatment or even flights to medical facilities across the Gulf.

Resident Adnan al-Socatri, a fortysomething building contractor, sits in a restaurant in Hadibu, the capital of Socotra, enjoying a meal. "Most Yemenis have been suffering across the country,” he said between bites, “but not in Socotra, where there is progress because of the Emirates.

'Most Yemenis have been suffering across the country but not in Socotra, where there is progress because of the Emirates'

“This is a good thing from a generous country and we are grateful for this help."

Over time, the UAE slowly but surely increased its presence. Socatri said he began to hear talk from Emirati officials, as well as sympathetic Yemeni administrators, that the residents of Socotra may end up as Emirati citizens. “That would be a dangerous development,” he said.

And then, in May 2018, the UAE sent troops to its military camp on the island, as well as usurping Yemeni forces from the sole airport and seaport.

That’s when the alarm bells began ringing loudly for many on the island.

What UAE wants from Socotra

The UAE has good reason to want an armed presence on Socotra, given its maritime ambitions. In recent years, the Emiratis have established ports on the Horn of Africa, which leads northwards into the Rea Sea and ultimately the Suez canal.

But in February, Djibouti took control of the Doraleh Container Terminal from Dubai port operator DP World as part of a long-running dispute. And in March the Somalia government in Mogadishu banned DP World from operating in the country, cancelling a contract that the company signed in 2017 with the semi-autonomous region of Somaliland. 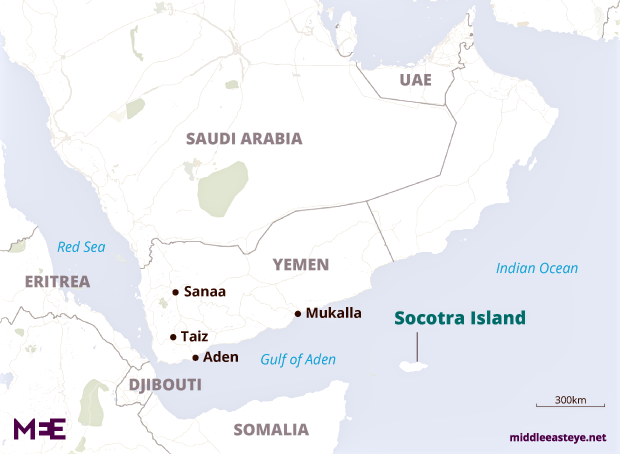 Ghamdan al-Yousefi, a political analyst and Yemeni journalist, fled the country in 2015 amid fears of a Houthi reprisal after he criticised the group. He said that Socotra is not under threat from any group – and so there is no reason for a UAE military presence.

“If there is a danger which threatens the island, then why have the UAE troops kicked out the Yemeni soldiers from their positions at Socotra's airport and seaport?

"What the UAE has done in Socotra is its implementation of an old ambition to invade the island and control its wealth,” he said.

Yousefi highlighted that Socotra was now another area of UAE control, after the southern Yemeni mainland ports of Aden, al-Mukallah, Nashtoon and others.

Indeed, many believed the UAE had plans for Socotra well before the current conflict. "Socotra", says Yousefi, "is a peaceful and unique island which has unlimited natural wealth." In 2011, he added, Emirati businessmen arrived on the island. Soon they tried to lease the island but were rejected.

In 2013, President Abdrabbuh Mansur Hadi of Yemen announced that Socotra would change from being part of the mainland Hadhramout governate to one in its own right, with Hadibu as its main town. He also dismissed any idea that the islands could be sold.

'If there is a danger which threatens the island, then why have the UAE troops kicked out the Yemeni soldiers from their positions at Socotra's airport and seaport?'

Yousefi said the only reason that the UAE was on the island was to dredge "Socotra's wealth and move it to the UAE."

Others questioned the environmental impact that the UAE was having on the island.

Socotra’s most famous symbol is its dragon blood trees - known locally as dam al-akhawain – with their red resin and bizarre looking crown and trunk. Legend has it that the trees first sprouted where two brothers fought to the death.

But local government sources feared that the Emiratis have taken wildlife and fauna from the island, including animals and birds. Of the 291 species native to the island, 13 cannot be found anywhere else on earth, according to the tourism authorities.

A source in local government, who spoke to Middle East Eye amid fears for his safety, said: "There were some officials in the local authority who helped the Emiratis to loot Socotra. Those mercenaries are still working in Socotra to help the UAE in its destruction of the environment.”

Yemeni PM: Get off our island

Socotra’s residents have not been the only ones disturbed by Emirati ambitions.

The tension became apparent in late April after Yemeni Prime Minister Ahmed Obaid bin Dagher and several ministers arrived on the island at the same time as the deployment of UAE troops without Hadi being consulted.

The UAE Foreign Ministry said it was "surprised" by bin Dagher’s comments, blaming the Muslim Brotherhood for drumming up anti-UAE sentiment and adding that “all liberated Yemeni provinces, including Socotra, come within the efforts of the Arab coalition to support the legitimate government at this critical stage in the history of Yemen."

Translation: We have historic and family links with the residents of Socotra and we will back them during Yemen's ordeal which was sparked by the Houthis.

In early May, pro-Hadi protesters marched through the streets of Socotra, carrying banners. Their numbers were only a few dozen at best but they did signify how sentiment had swung against the UAE.

Saleh al-Socatri, 34, is a cattle breeder and pro-Hadi supporter who shares the same surname as many on the island. He said that he had not objected to the UAE presence before the military arrived. Now he wants the UAE off the islands, even if it is helping residents.

"Socotra is a Yemeni province and we obey the decisions of Hadi and his government,” he said. “Even if there is a lack of services, we will criticise the shortages and then the officials can do their job."

A member of Islahi, Yemen’s version of the Muslim Brotherhood, speaking to MEE on condition of anonymity for fears of his safety, said he hated how the organisation was blamed by the UAE for any problems. "The UAE is working freely in the island and this is a kind of invasion. When we criticize them, they give irrational excuses.”

Eventually Yemen turned to Riyadh, the senior party in the anti-Houthi alliance, to arbitrate. Saudi troops and officials arrived on Socotra on 13 May and the next day brokered a deal between bin Dagher and the UAE officials.

Under the deal, the UAE troops would leave, according to Yemen’s state-run Saba News Agency. They would be replaced by Saudi soldiers, who will train Yemeni security forces and ensure that water and electricity supplies are maintained.

'But although the UAE troops may leave, we may then suffer at the hands of the Saudi forces'

Within 24 hours the UAE had begun to pull out - apparently returning to their former positions on the Yemeni mainland – albeit not as fast as many locals would like.

The source in Socotra’s local authority told MEE: "Some of the UAE troops left the island, but there are many troops that are still working on the island and they have not left yet. Half a solution is better than no solution at all.”

But what about Saudi Arabia?

"It is easier to deal with the Saudis than the UAE, because the Saudis arrived after demands from our government and they did not invade the island like the UAE.

“But although the UAE troops may leave, we may then suffer at the hands of the Saudi forces.” 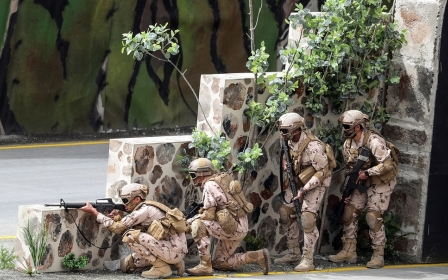 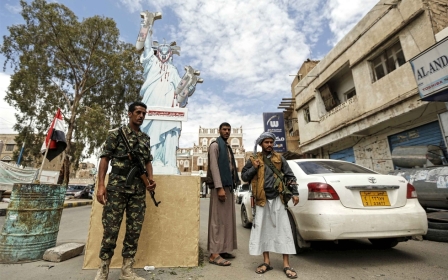 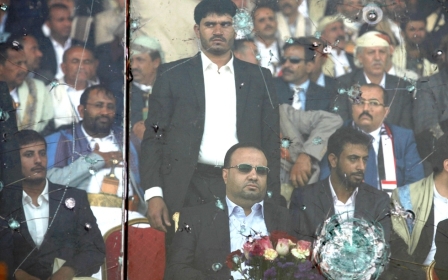