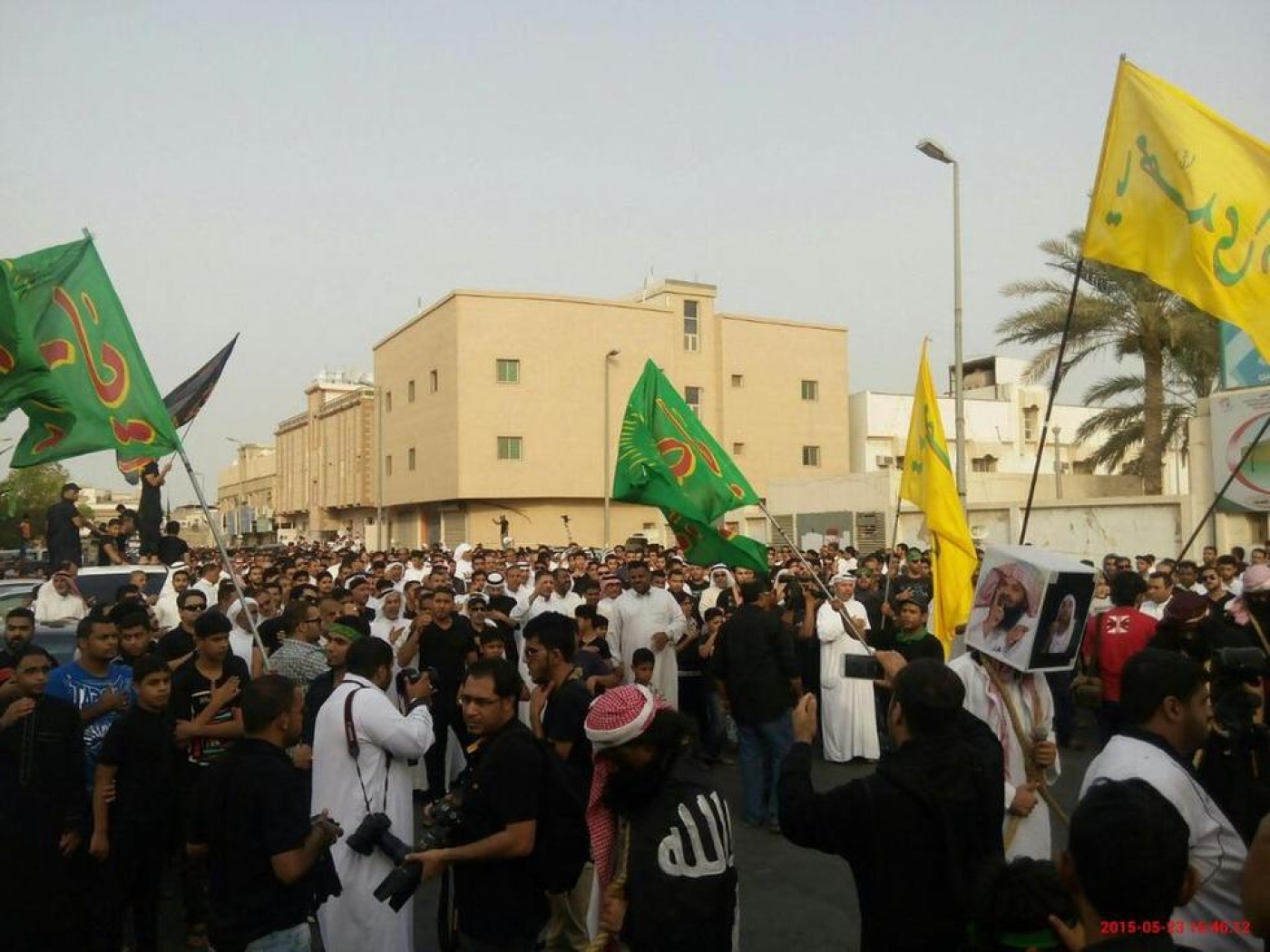 The protest in the Eastern Province took place the day after a lone suicide bomber attacked a mosque in the village of Qudaih, killing at least 21 worshippers and injuring scores more.

The Islamic State (IS) group claimed responsibility for the attack and promised more “black days” ahead for Saudi Arabia’s Shiite community, the target of Friday’s attack.

On Saturday men, women, and children marched through the streets of Qudaih and chanted: “At your service martyr,” in reference to those lost in Friday’s bombing.

One protestor told Middle East Eye the rally was aimed at highlighting worrisome levels of sectarianism in the ultra-conservative kingdom.

“We demand an end to hatred and Takfirism (accusations of apostasy) against Shiites,” Sayed Mohammed, a Qudaih resident and community activist, said by telephone from Qudaih. “The people of Saudi Arabia are one. We demand our rights as citizens.”

Protesters angry at the role the media has played in fostering sectarianism chanted:

“Those who carry the slogans of IS are the media and men of religion.”

Protesters also denounced Wesal TV, an outlet whose offices were shut down in Saudi Arabia last year after accusations it was spreading sectarian hate - despite this the channel, which has international offices, still broadcasts in the country.

After the attack on Friday a prominent Arab activist shared a clip, from January 2013, featuring Saudi journalist Khaled al-Ghamidi threatening the Shiite community.

Saturday’s protest was the second since the mosque bombing in Qudaih. On Friday evening thousands of people also gathered in the streets to protest the targeting of the Shiite community.

Saudi Arabia’s Shiite community make up around 10 to 15 percent of the country’s 28 million-strong population. They live mainly in the oil-rich, but poverty-stricken, Eastern Province.

Shiite leaders have long complained that the government marginalises the community in the provision of housing, jobs, and education.

Authorities have repeatedly denied that they discriminate against the Shiite community, and government officials have pledged to find the people responsible for planning the attack in Qudaih.

“What is important now is that we stop the masterminds behind this cowardly act and arrest them,” Interior Ministry spokesperson Mansour al-Turki told reporters.

Saudi police have been leading a crackdown against IS supporters in the kingdom. More than 75 people were arrested in November in connection with an attack in the Eastern Province in which multiple gunmen shot eight Shiite Muslims dead.  And in April this year 93 people were detained on suspicion of supporting IS and planning terror attacks.

However, Qudaih resident Mohammed told Middle East Eye on Saturday that he does not hold out much hope that authorities will take serious steps to tackle the sectarianism peddled by groups including IS.

“I hope the state will offer us some protection,” he said. “The authorities’ response to the attack is just a short-term reaction – within days or weeks they will have forgotten about us.”

“We [the Shiite community] need to be portrayed as brothers, as human beings, deserving of equal rights. We are not just brothers in religion [with the Sunnis]; we are brothers in humanity.” 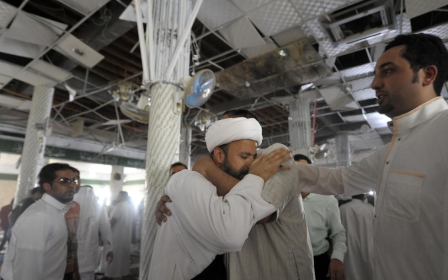