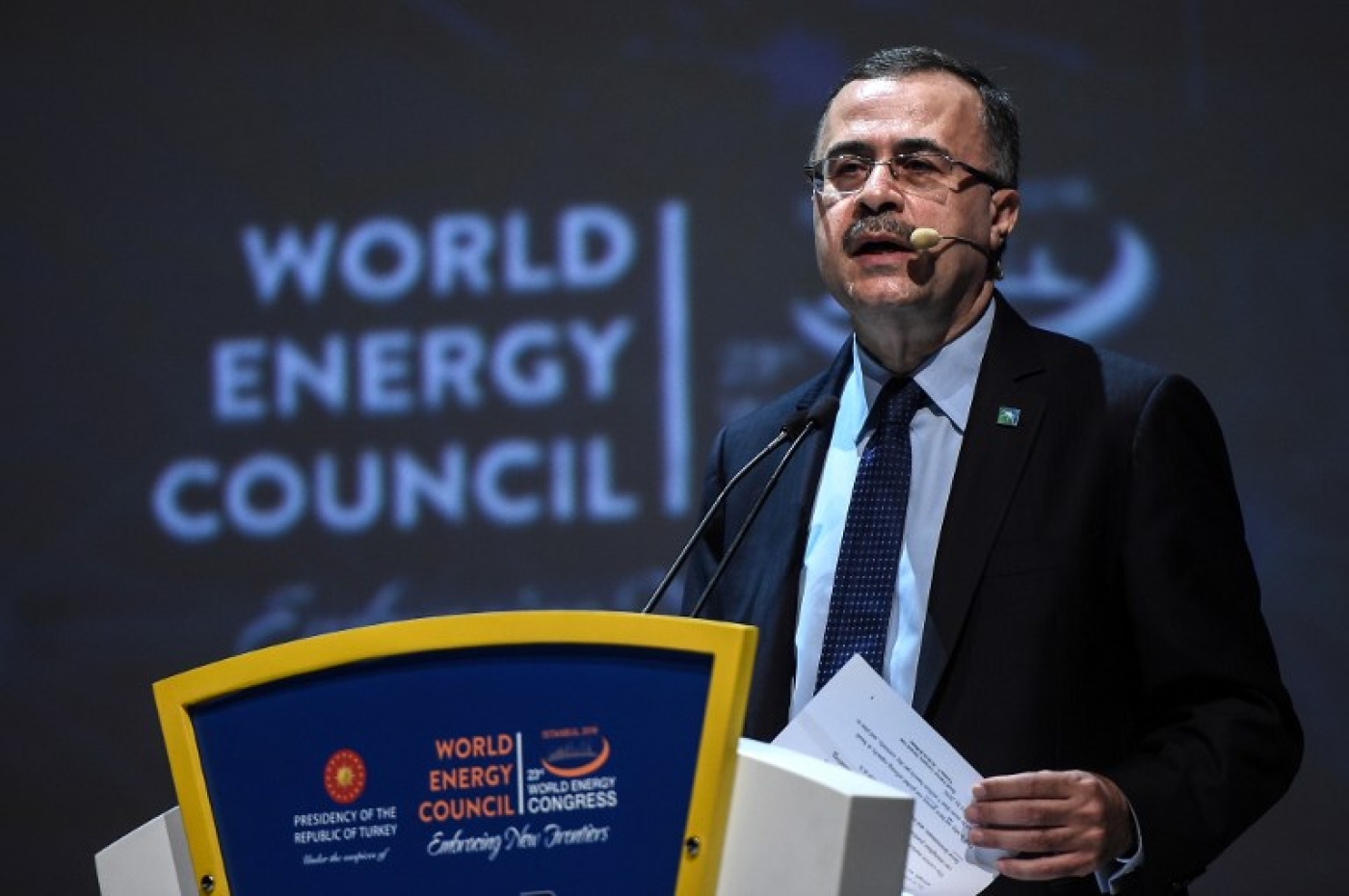 Amin al-Nasser, president of state oil giant Saudi Aramco, delivers a speech on 11 October 11 during the World Energy Congress in Istanbul (AFP)
By
MEE and agencies

Saudi Arabia's state-run energy giant Saudi Aramco is aiming for an IPO in 2018 in what will likely be the biggest share offering in history, its chief executive said on Tuesday.

Speaking to the World Energy Congress in Istanbul, Amin Nasser confirmed that around five percent of Saudi Aramco's share capital is expected be sold in the Initial Public Offering (IPO) but emphasised the final decision lay with Deputy Crown Prince Mohammed Bin Salman.

Amin said that despite the current period of low oil prices markets had started to recover, emphasising Saudi Aramco took a long-term view with $300bn of investment planned in the next decade focused on gas.

"We are optimistic that the markets have started to recover and we expect them to recover even more in 2017," said Amin.

The International Energy Agency (IEA) on Tuesday said that it expected low prices caused by the current oil glut to last until at least the middle of 2017 unless OPEC member states agreed to cut production.

Without giving any valuation, Amin said even a five percent sale would be by far the biggest IPO in history, easily outstripping the $25 billion raised by Chinese e-commerce firm Alibaba in 2014.

"Five percent of the whole of Aramco will be a big listing. I don't think there will be a listing of that size in the future," he said.

He said that the Deputy Crown Prince had evoked five percent as the likely portion to be sold off but emphasised that the final decision would be taken by the company's supreme council which the powerful prince heads.

The partial privatisation and reform of Saudi Aramco is a centrepiece of Prince Mohammed's 2030 vision aimed at modernising the kingdom and diversifying its economy.

Amin said the massive company would be "more than happy" to share all its financial details with investors after going public.

He said all options were still on the table for the location of the listing, including New York, despite the current difficulties in US-Saudi ties.

"We did not finalise yet our listing destination. We are reviewing all markets... nothing is off the table as of yet," he said, adding it would again be up to the supreme council to make the final decision.