The Saudi-led coalition declared an end to its military campaign in Yemen, Saudi state TV reported on Tuesday.

There were reports that an "Operation Restoration of Hope" has begun, in a reference to a political mediation.

"The operation started [due to the request of] Yemen’s president [Abd Rabbuh Mansour Hadi]," the Saudi-led coalition spokesperson said.

The operation was launched in response “to the requests of the Yemeni people and government to preserve the sovereignty of the people from the Houthi militias and their allies", Brigadier General Ahmed al-Assiri told a press conference in Riyadh on Tuesday night.

“We have completed the operation based on the request of the Yemeni government and the president of Yemen, who saw that the primary goals of Operation Decisive Storm have been achieved and that the goals on the ground have been achieved.”

“The Yemeni citizen is no longer subject to dangers,” he added, stressing that the coalition had destroyed all the Houthis' heavy weapons.

The operation will officially end at midnight local time (21.00 GMT).

"The Yemeni government will now undertake all necessary operations to recover and rebuild the country," the spokesperson said.

The Saudi-led coalition will continue to monitor the situation and ensure stability in the southern city of Aden, he added.

According to al-Assiri's statement, Saudi Arabia and its partners will "continue to protect civilians from attacks by Houthi militias".

The coalition also will continue to impose an arms embargo of Yemen to stop arms finding their way into Houthi hands or into the arms of militias supporting former President Ali Abdullah Saleh.

In a televised speech from Riyadh, exiled President Abedrabbo Mansour Hadi promised "victory... and we will soon return to our homeland, to Aden and (the capital) Sanaa."

Hadi thanked the coalition states, renewing accusations against Huthis who he said had brought in forces and military equipment from Iran.

He held the rebels "and their allies inside and outside (Yemen) are completely responsible for the latest developments which were a result of their futile actions."

He however urged all Yemeni counterparts to work to implement UN Security Council Resolution 2216 "which paves the way for positive and effective dialogue."

The resolution demands the Huthis pull back from all the territory they have seized, including from Sanaa, and that they return to peace talks.

Hadi said he had assigned newly appointed Vice President Khaled Bahah, who is also prime minister, and his government to respond to humanitarian needs in Yemen and urged world organisations "to cooperate with them to offer urgent aid."

Meanwhile, the US government welcomed Saudi Arabia's decision to halt air strikes in Yemen on Tuesday and urged talks to end a crisis that threatened to draw regional powers into direct conflict.

"The United States welcomes today's announcement by the government of Saudi Arabia and its coalition partners of the conclusion of Operation Decisive Storm in Yemen," National Security Council spokesman Alistair Baskey told AFP.

"We continue to support the resumption of a UN-facilitated political process and the facilitation of humanitarian assistance."

Shiite Iran welcomed the decision, calling it a "step forward" toward resolving the conflict, while there was no immediate reaction from the Houthis.

The Saudi Ministry of Defence said in a statement published on the official Saudi Press Agency that: “The Saudi Armed Forces [have] distinguished themselves in battle efficiently and capably, resulting in imposing air control to prevent any hostility against (the Kingdom) and countries of the region.

“The Saudi brave hawks with brothers in the coalition countries, have successfully managed to thwart the threat to the security of the Kingdom of Saudi Arabia and neighbouring countries by destroying the heavy weapons and ballistic missiles seized by the Houthi militias and troops loyal to (Ali Abdullah Saleh), including bases and camps of the Yemeni army.”

Just hours earlier, Saudi Ambassador to the United Nations Abdallah al-Muallami told AFP that "certain conditions" must be met for the Saudi-led air campaign to be stopped.

Though Saudi Arabia announced an end to its air campaign, Houthi militias are still fighting in various parts of the country, according to Al-Jazeera correspondent Hashem Ahelbarra.

The force is to "take part in defending the security" of the kingdom, SPA reported, without elaborating.

Prior to the Saudi-led strikes, Riyadh had invited the Houthis to take part in a Yemeni national dialogue inside Saudi Arabia, but the Shiite militia refused the invitation. 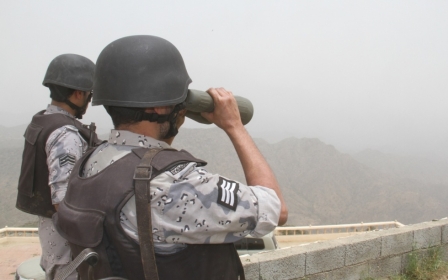