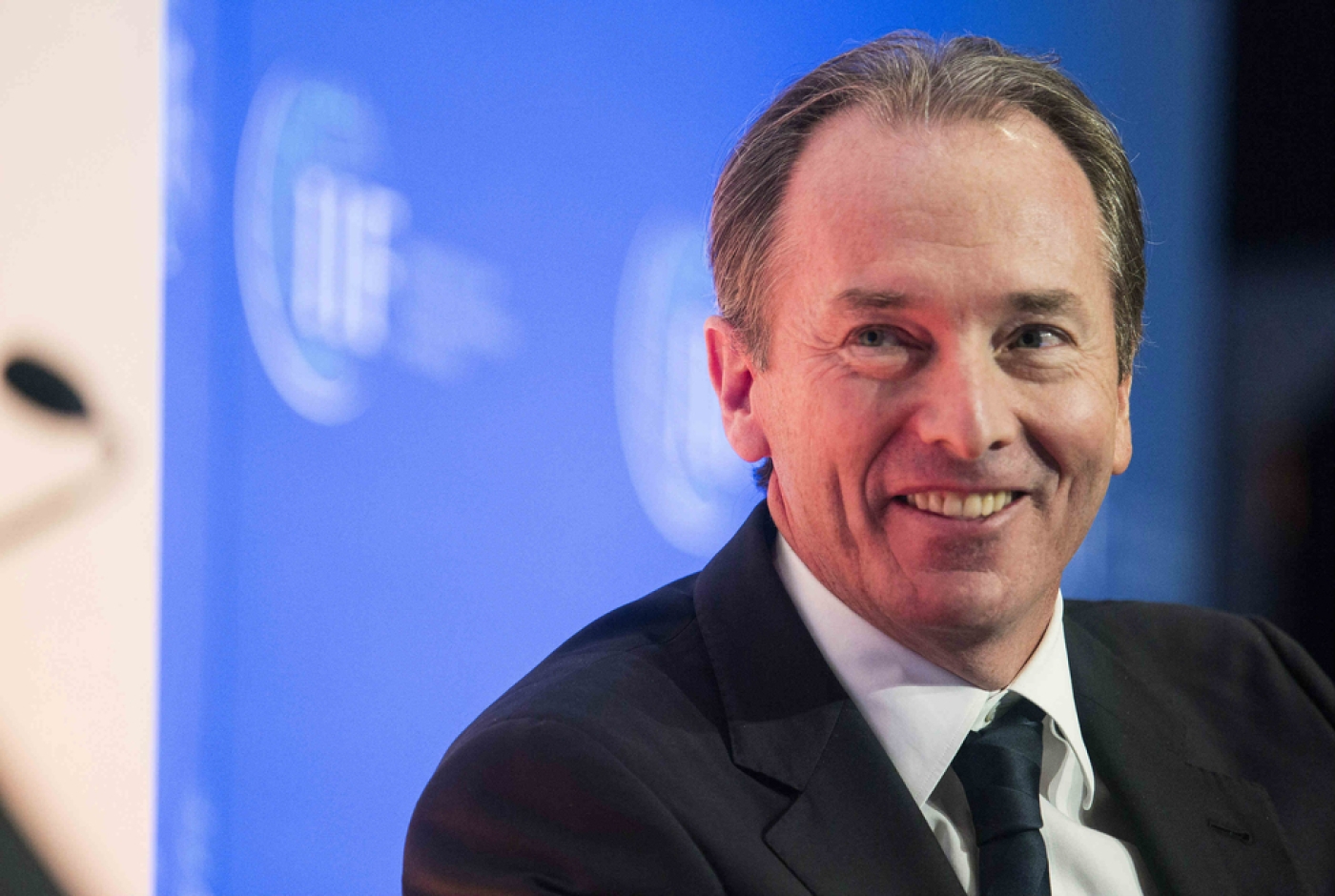 The detention of scores of Saudi royals and businessmen in Riyadh’s Ritz-Carlton, where some were reportedly tortured, may be one of the most creative and efficient ways of tackling corruption, Morgan Stanley’s James Gorman said on Thursday.

Speaking on a panel at the World Economic Forum in Davos, Gorman, CEO and chairman of the major investment bank, said businesses should not be dissuaded from engaging with Saudi Arabia despite the murder of journalist Jamal Khashoggi.

“The murder of Jamal Khashoggi in the Saudi consulate in Istanbul was utterly unacceptable,” Gorman said as he responded to questions on a panel.

“But what do you do? What part do you play in the process of economic and social change?”

When probed about the detentions in the Ritz-Carlton, where more than 200 of the kingdom’s elite were held until they agreed to hand over a proportion of their assets to the government, Gorman said he did not judge any country’s attempts to root out corruption.

Many of the country’s most powerful and successful businessmen were held in the luxury hotel, including Prince Alwaleed bin Talal, who has long had investments in major projects across the globe.

There are many countries that are tackling corruption issues in lots of creative ways. That is certainly one of the most creative. You could argue one of the most efficient

Some of those detained were members of a branch of the Saudi royal family deemed a rival to the one in power.

Prince Miteb bin Abdullah, the son of the late King Abdullah and once seen as a possible crown prince, was tortured and beaten alongside other royals and businessmen, sources told Middle East Eye at the time.

One Saudi general was reportedly tortured to death.

Though framed as an anti-corruption drive, much of the cash raised from the detainees has flowed into the direct control of Crown Prince Mohammed bin Salman, according to the New York Times.

A year ago, Saudi Attorney General Sheikh Saud al-Mojeb said that more than $106bn had been seized from 381 Saudi citizens, but a Middle East Eye investigation revealed that the actual figure is likely to be much smaller.

“There are many countries that are tackling corruption issues in lots of creative ways. That is certainly one of the most creative. You could argue one of the most efficient,” Gorman said, to laughter from the audience.

Gorman was speaking at an event titled "Next Steps for Saudi Arabia" at the world’s premier economic conference that annually draws major world and business leaders.

Alongside him on the panel were two Saudi ministers, the head of the kingdom’s stock exchange, and Patrick Pouyanne, CEO and chairman of French oil giant Total.

Like Gorman, Pouyanne threw his weight behind Riyadh’s economic and social direction, saying, “it is quite difficult and brave what the kingdom is doing”.

Since Mohammed bin Salman rose to power in 2017, Saudi Arabia has embarked on an economic and social reform plan known as Vision 2030 which aims to overhaul the national economy to end its dependency on oil exports.

Part of the plan includes attracting foreign investment. However, overseas businesses have been circumspect about increasing Saudi investments following a number of high-profile developments that have impacted negatively on the kingdom’s image.

Most prominent is the murder of Khashoggi, who in October was killed and dismembered by a team of Saudi operatives in his country’s consulate in Istanbul.

Though Mohammed bin Salman has denied any knowledge of the plot, the CIA has concluded he almost certainly signed off on the operation.

As it became increasingly clear Khashoggi’s killing was a state-sponsored act, major world and business leaders pulled out.

Pouyanne was not one of them, and on Thursday defended his actions saying “an assertive dialogue” is the best way for western companies to bring their values to the kingdom.

“What is the alternative?” he asked. “Boycott?”

“Boycott and sanctions only hurt ordinary people,” he added.

“Knock on any door in Saudi Arabia and people will tell you how sad they are," he said, adding that what had happened had been "alien to our DNA" and "totally against our beliefs, culture and religion".

Despite Riyadh maintaining for days that Khashoggi left the consulate unharmed as Turkey demanded answers, Jadaan said Saudi Arabia was the first party to open an investigation into the killing.

He said that the kingdom’s trial of Saudis suspected of Khashoggi’s murder, which opened earlier this month, was its first ever public hearing. Those suspects have not been named.

One of the key men implicated in the plot, top royal aide Saud al-Qahtani, apparently walks free and is said to be advising the crown prince still.

"We will make sure justice prevails at the Khashoggi trials," Jadaan said.

The World Economic Forum had faced criticism before Thursday's discussion over a blurb for the event on the WEF website which said that "Saudi Arabia's national transformation plan encountered geopolitical and economic headwinds in 2018”.

“Since this isn’t ‘Davos in the Desert’, it’s pretty strange that this Davos Forum is brushing over the shocking developments in Saudi Arabia over the past year,” Whitson told MEE.

“As if hundreds of the country’s business and media leaders weren’t just arbitrarily jailed – with some tortured, one killed – and forced to forfeit their assets in a massive shakedown of $100bn, outside of any apparent legal process.”

“Rather than holding Saudi officials to some modicum of accountability for the country’s outrageous assaults on its citizens,” she added, “WEF seems to be helping them normalise a very abnormal, condemnation-worthy, state of state affairs.”

Gorman’s participation in the event was uncertain before he appeared on the panel.

When approached by MEE to comment on the WEF event, Morgan Stanley spokesman Hugh Fraser said Gorman had never agreed nor confirmed he would appear on the panel.

MEE’s email caused “great consternation”, he said, and Morgan Stanley demanded the WEF remove his name from the list of speakers on the panel.

His name was then removed, however later in the day it reappeared.