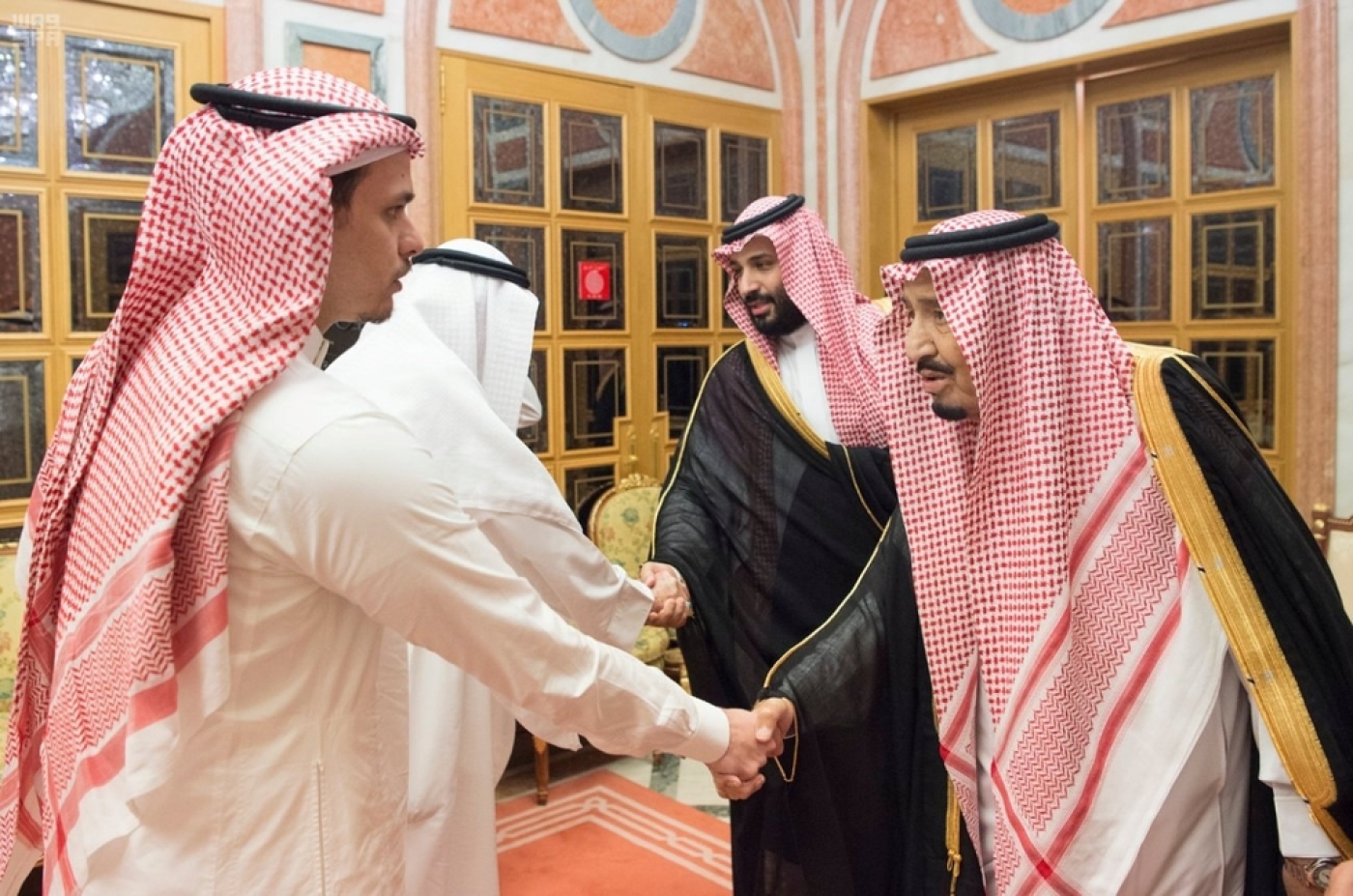 Photos released by SPA show Khashoggi’s son, Salah, and one of his relatives, Sahl Ahmed Khashoggi, shaking hands with the king and also with the crown prince.

The role of the 33-year-old, often referred to as MbS, in the murder of Khashoggi at the Saudi consulate in Istanbul on 2 October is under heavy scrutiny.

A Saudi human rights activist and close friend of the late Khashoggi, Yehia Assiri, dismissed the visit as “a serious assault on the family” of the murdered journalist, particularly as authorities continue to bar them from travelling.

“Jamal told me that his wife was forced to divorce him after she was banned indefinitely from travel,” Assiri said, speaking to Middle East Eye from London. He also told Assiri that Saudi authorities barred his entire family from travel in an attempt to pressure him to return.

“In addition to admitting responsibility for the crime, Saudi authorities must immediately allow the Khashoggi family to travel, if they are genuinely keen on uncovering the truth,” he said.

Assiri said the visit most likely took place under pressure on the family to “cover up the crime”.

The meeting was held at the Yamama Palace in the capital Riyadh on Tuesday, hours after a highly-anticipated speech by Turkish President Recep Tayyip Erdogan in which he confirmed many of the details of unofficial reports of Khashoggi's murder by 15 Saudi officials in a pre-planned operation.

Son Salah is banned from leaving the country pic.twitter.com/GCexPJIFsJ

According to SPA, the king and crown prince “offered their deepest condolences” to the family of the assassinated journalist, while Sahl and Salah Khashoggi “expressed their utmost thanks” to the royal family for their condolences.

Assiri said that barring Khashoggi’s family from travel while filming them in a royal court visit is reminiscent of what happened with Lebanese Prime Minister Saad Hariri who was forced to announce his resignation from Riyadh last year but was later released after French mediation.

Manal al-Sharif, another Saudi activist, tweeted: "The look on his face. This photo makes me want to scream and throw up." 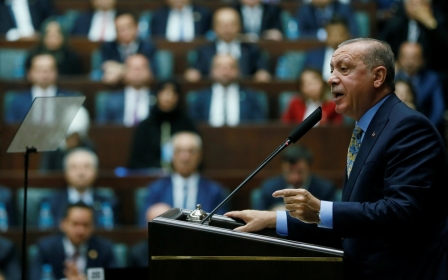 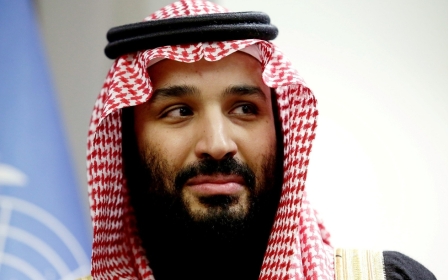