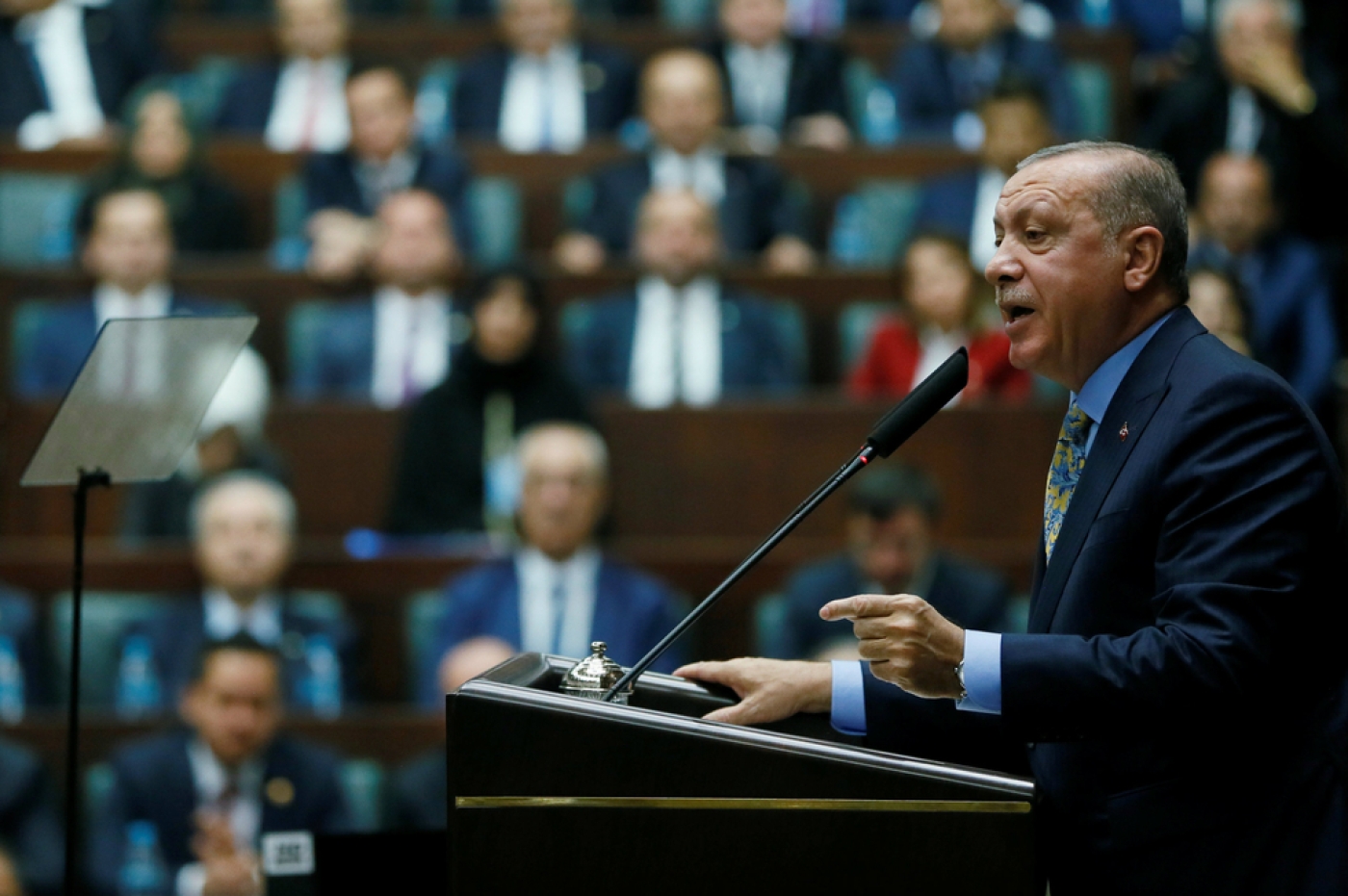 Jamal Khashoggi was the victim of a "gruesome murder" carried out inside the Saudi consulate in Istanbul in an operation planned for several days beforehand, Turkish President Recep Tayyip Erdogan said on Tuesday.

In a speech in Ankara, Erdogan said that Turkish investigators were still seeking answers as to who had ordered the journalist's killing on 2 October, and indicated that their probe should extend to the highest levels of the Saudi government.

"We have some information that the murder was pre-planned, not instantaneous. It is clear that this operation did not happen at the drop of a dime, it was a planned operation," said Erdogan.

"On whose orders have these people come? We are seeking answers. Leaving some intelligence and security forces holding the bag will not satisfy either us or the international community."

And he called on Saudi Arabia's King Salman and his government to cooperate more openly, suggesting that they were not in a position to investigate Khashoggi's murder impartially.

"I don't doubt the sincerity of King Salman. But, it's very important that such a critical investigation should be run by a really impartial and fair committee which is not related to the murder," said Erdogan.

"The human conscience will be satisfied only when the person who gave the orders and the people who implemented them are brought to account."

Erdogan's speech comes with Saudi Arabia facing growing international scrutiny over Khashoggi's killing after seven out of the 15 suspects named by Turkey were revealed by Middle East Eye to have been members of Saudi Crown Prince Mohammed bin Salman's personal security team.

On Monday, MEE also revealed the existence of a hit squad set up by bin Salman to target opponents and dissidents both inside Saudi Arabia and beyond its borders.

Erdogan said that the 15 suspects who had flown into Istanbul in the hours before the killing had been "security, intelligence and forensics people" and suggested .

He said that members of the team who killed Khashoggi had been notified about the journalist's appointment after he had visited the consulate on the Friday prior to his death and told to return the following week.

Consulate staff had also visited Belgrad forest north of Istanbul to conduct reconaissance in the days before the killing, Erdogan said.

Turkish investigators have searched a number of sites in Istanbul and surrounding areas, including Belgrad forest in recent days in a hunt for evidence.

On Tuesday, police cordoned off an underground car park where an abandoned car belonging to the Saudi consulate has been found.

Erdogan said King Salman had told him that Saudi Arabia had arrested 18 people in connection with Khashoggi's murder: the 15 suspects who arrived in Istanbul from Riyadh and three local consulate staff.

Saudi officials originally said that Khashoggi had left the consulate soon after arriving. They later said he died during a brawl inside the consulate, and then attributed his death to a chokehold.

Turkish investigators suspect Khashoggi was dismembered, and the whereabouts of his body, or body parts, is still unknown.

The whereabouts of Khashoggi's body is still unknown.

Erdogan also said he would propose to King Salman that the 18 suspects arrested in Saudi Arabia should stand trial in Istanbul.

Erdogan also suggested that other countries could have been involved in the operation, saying that other state actors should also be held to account if necessary.

Earlier on Tuesday, Turkish Foreign Minister Mevlut Cavusoglu said that Turkey has yet to share any information on the Khashoggi case with other countries, but is prepared to do so.

Speaking in Ankara, Cavusoglu said Turkey was "ready to cooperate" if the UN and other international bodies requested an independent investigation into Khashoggi's death.