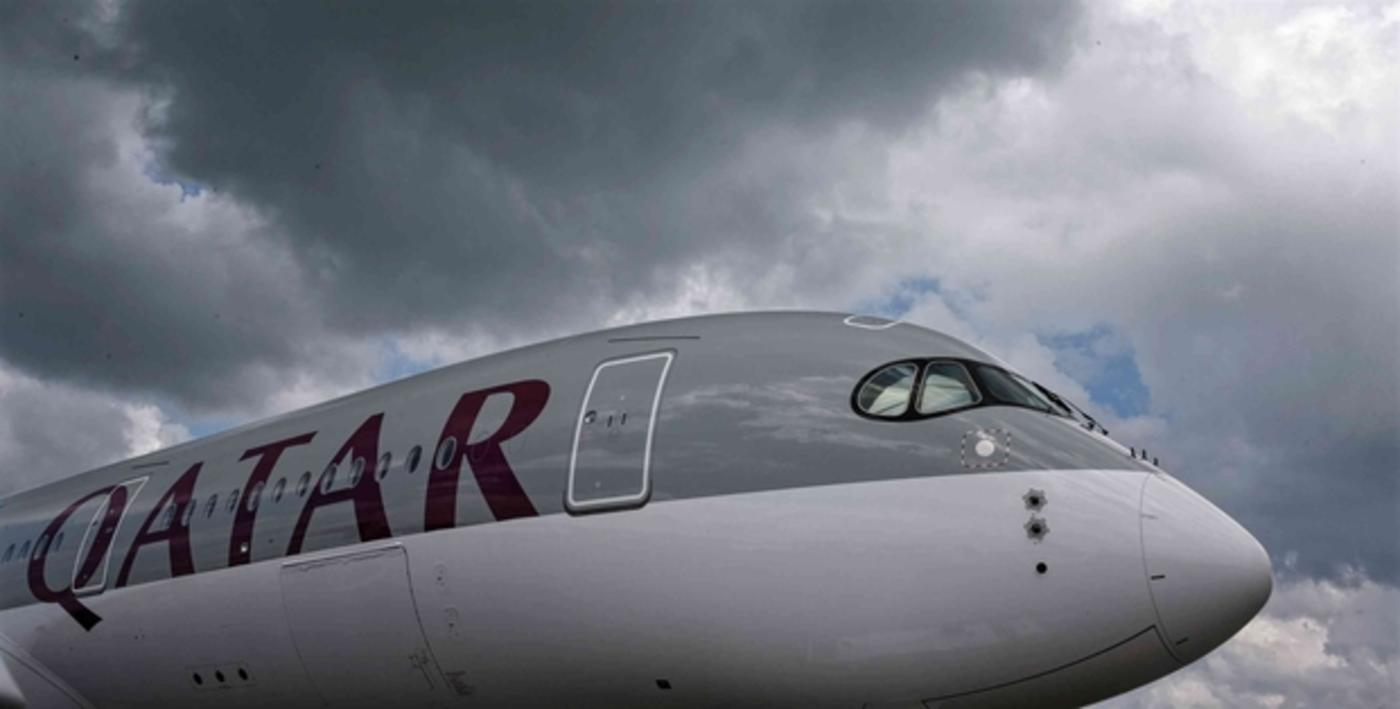 A Qatar Airways Airbus A350 XWB (Reuters)
By
MEE staff

A Saudi state TV channel has produced a video showing the potential consequences of a Qatari passenger jet entering Riyadh's airspace – being shot out of the sky.

In a short animation published on Al-Arabiya TV a few days ago, a commercial Qatar Airways passenger jet is shown entering Saudi airspace, before being escorted to land by a Saudi fighter jet.

A voiceover says that, "according to international law, a state that bans flights from entering its airspace has the right to deal with the violating plane in any way it wishes".

"The options in this case either take the form of deploying a fighter jet that forces the plane to land whereby the flight crew are then tried on several charges."

Or, the voice adds, "international law also allows states to shoot down any flight that violates a state's airspace, classing it as a legitimate target, especially over military areas."

In early June, Saudi Arabia, the UAE, Egypt and Bahrain imposed a commercial and economic blockade on Qatar, ostensibly for the emirate's support for terrorism, a claim Doha denies.

The release of the video - and its implications for unarmed passenger jets - was condemned by scores of Twitter users.

Bombing a civilian airplane !!!! What is this called ? Spreading terrorist thinking or not ???

After broadcasting such video and threatening to use violence, now who r the terrorists?!

In a bid to boost tourism, Qatar last week announced visa-free travel to citizens of 80 countries.

Qatar Airways chief Akbar al-Baker said his carrier, which this year plans to extend its network to 62 new destinations, would be a primary beneficiary.

"This historic announcement comes at time of historic significance; while some countries in the region have decided to close their skies and their borders, Qatar has instead opened its borders," he said.