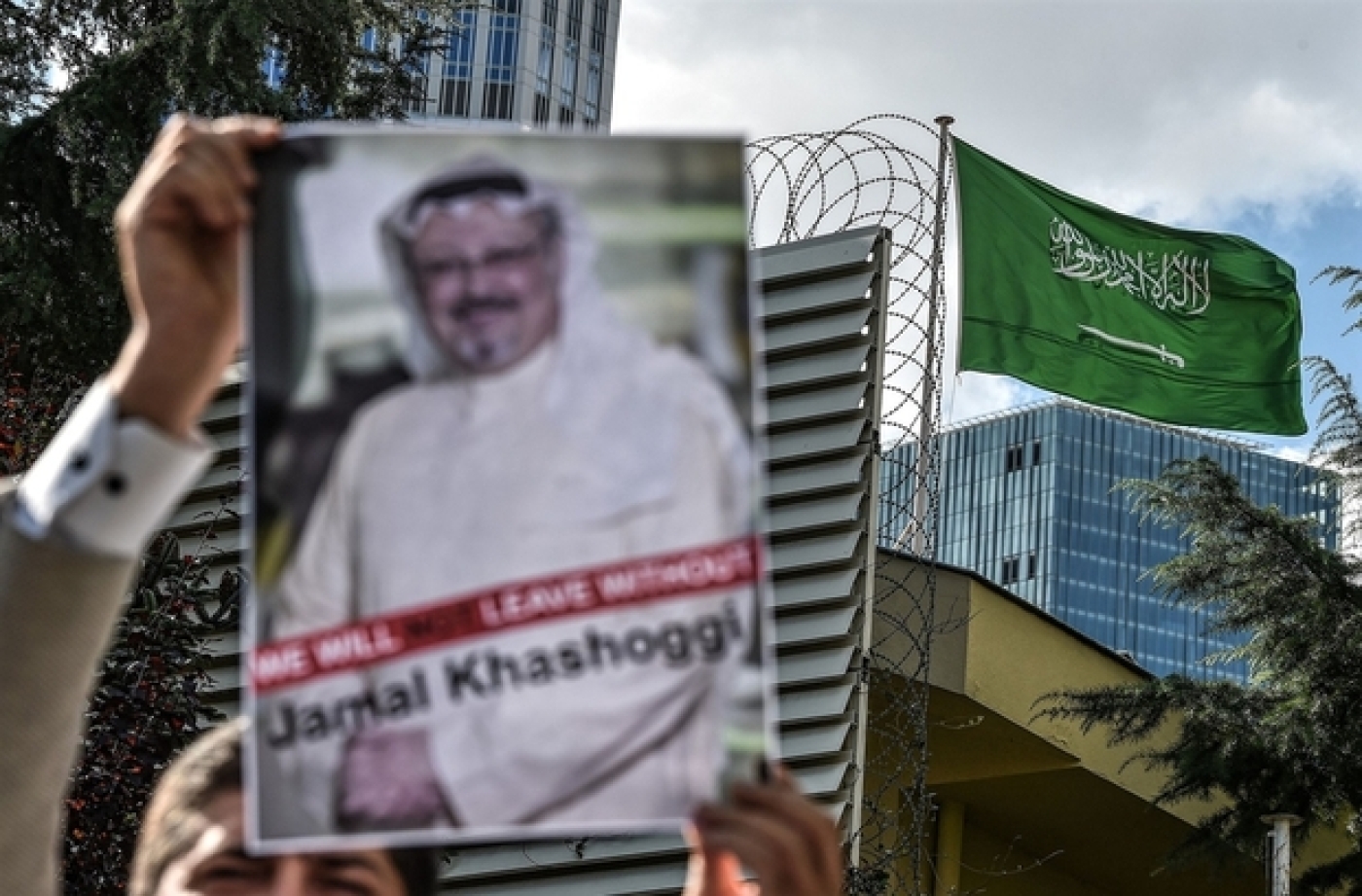 Saudi report would likely conclude the operation was carried out without clearance, CNN reports (AFP)
By
MEE and agencies

Saudi Arabia is preparing a report that would admit missing Saudi journalist Jamal Khashoggi was killed as the result of an interrogation that went wrong, CNN reported on Monday, citing two unnamed sources.

One source cautioned that the report was still being prepared and could change, CNN said, while the other source said the report would likely conclude that the operation was carried out without clearance and that those involved will be held responsible.

The news comes as US Secretary of State Mike Pompeo arrived in the Saudi capital Riyadh on Tuesday for what the State Department described as "face to face meetings with the Saudi leadership".

If confirmed, the CNN report marks a stark reversal of earlier statements by Saudi officials who insisted that Khashoggi, who was last seen entering the Saudi consulate in Istanbul on 2 October, left the building a short time after he arrived.

US President Donald Trump said he had seen a report that Saudi officials might say Khashoggi was killed during an unauthorised interrogation, but "nobody knows" if this was an official report.

"I just don't know. I'm going to have to see what they say," Trump told reporters at a briefing in Warner Robins, Georgia. "Nobody knows if it's an official report. So far it's just the rumor of a report coming out."

A source close to the Turkish investigation told MEE that Turkish authorities had discounted the theory early on that the incident was a botched interrogation.

The source said audio and video recordings showed Khashoggi's interrogation was "extremely violent" from the beginning, signalling an intent to kill the journalist.

However, a senior source with knowledge of the Turkish investigation told MEE last week that the Saudis were on the verge of accepting Turkey’s evidence that a major crime took place at the consulate.

The Saudis intend to blame elements within their country’s "deep state" security establishment for the journalist’s kidnapping, the source said.

The source said the Saudis are hoping to build a firewall around powerful Crown Prince Mohammed bin Salman, who has insisted he knows nothing about an alleged kidnapping operation.

The New York Times, citing a person familiar with the Saudi plans, also reported on Monday that the Saudi government would shield the prince by blaming an intelligence official for the botched operation.

On Tuesday, Khashoggi's family released their first official statement on his death.

“The strong moral and legal responsibility which our father instilled in us obliges us to call for the establishment of an independent and impartial international commission to inquire into the circumstances of his death," said the statement, released on the Twitter account of son Abdullah Jamal Khashoggi.

'Rogue' elements may be to blame, Trump says

Trump appeared to back that theory on Monday when he suggested that "rogue" elements within the Saudi state may be behind Khashoggi's alleged murder.

"The denial was very, very strong," Trump told reporters at the White House after a phone call with Saudi King Salman. "It sounded to me like maybe these could have been rogue killers. Who knows?"

Later in the day, Trump said he remains eager to get to the bottom of what happened to Khashoggi and noted that Turkey and Saudi Arabia are "working together" to determine what happened. "There are a lot of people working on it," he said.

Christopher Hill, a former US diplomat who served as the head of the US delegation to multilateral negotiations with North Korea in 2005 and as ambassador to Iraq in 2010, cast doubt over the assertion that Khashoggi's purported murder may have been an investigation-gone-wrong.

He said the Saudis would have to produce "powerful evidence" to back that claim.

Hill, who is currently chief adviser to the chancellor in Global Engagement at the University of Denver, said Turkish authorities should press on with their own investigation.

"Rather than seeding the answers to the accused, I think they ought to find out what exactly happened," he said.

Khashoggi, a critic of the Saudi royal family and prominent columnist for the Washington Post, had been living in self-imposed exile in the US. He went missing after visiting the Saudi consulate in Istanbul to retrieve paperwork.

Turkish officials have accused Saudi agents of killing the journalist inside the consulate.

On Monday, Turkish police and other officials finally entered the Saudi consulate in Istanbul, days after the Saudis first said that a forensics team could probe the building to investigate Khashoggi's disappearance.

Turkish news agency Anadolu noted the appearance of blue lights out of the consulate's windows. Forensic experts use ultraviolet light to locate hidden stains, including blood.

Translation: The investigative team continues to work inside of the Saudi consulate... After [investigators] entered the consulate, they turned off the lights in the upper floor and blue lights appeared from the windows.

Turkish officials have confirmed to MEE that the consulate, the house of the consul-general and diplomatic cars will be searched by investigators.

If confirmed, the recording, the newspaper reported, would indicate that Khashoggi was dragged from the consul’s office by two men, who can reportedly be heard using foul language.

Screaming can then be heard, followed by silence, Sabah reported.

MEE first reported last week that Khashoggi had been “dragged from the consulate office, killed and dismembered,” according to a Turkish source.

A Turkish source close to the investigation said they believe Khashoggi was injected with a lethal substance.