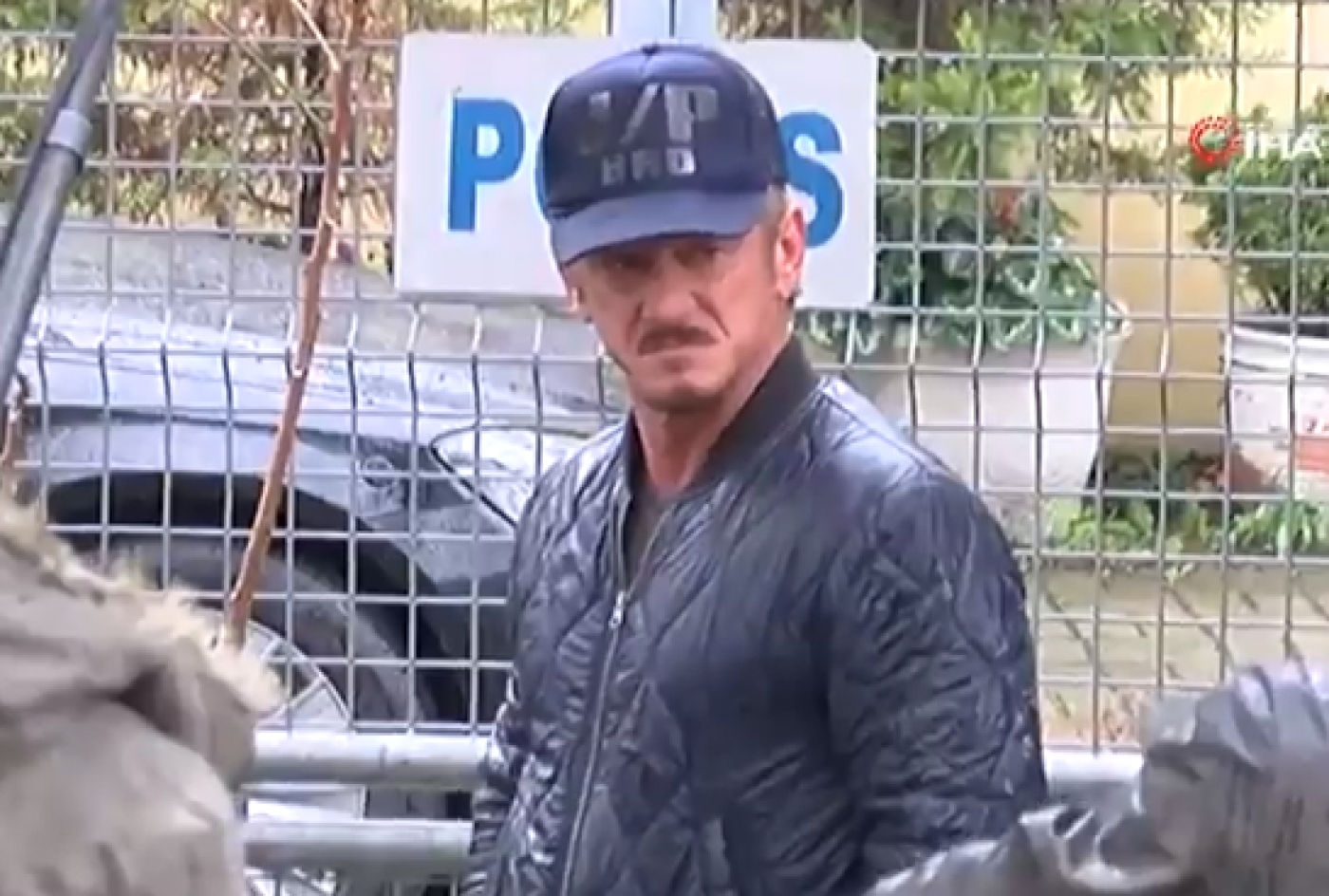 American actor Sean Penn raised eyebrows in Turkey on Wednesday when he appeared outside the Saudi consulate in Istanbul - the scene of Jamal Khashoggi's murder - apparently working on a documentary on the assassination.

It has been two months and three days since Khashoggi, a prominent journalist and critic of Saudi Crown Prince Mohammed bin Salman, was murdered and dismembered by a death squad sent from Riyadh.

But with the scandal still rolling on, and US senators laying the blame squarely at the Saudi leader's door, it appears Penn has wasted no time in putting one of the Middle East's most notorious stories to film.

Photos and video released by Turkish media appeared to show the Milk and Dead Man Walking star with a camera crew outside the Saudi consulate, where Khashoggi was attacked by 15 men and dismembered by the kingdom's top forensic pathologist.

According to the Sabah news outlet, Penn was expected to meet with Hatice Cengiz, Khashoggi's fiancee, on Wednesday.

BBC Turkey reported that Penn was accompanied by 10 people, including a film crew and bodyguards, and was working with a production team.

The murder of Khashoggi, a Middle East Eye and Washington Post contributor, has haunted Riyadh ever since the news of his disappearance broke on 2 October.

Turkish authorities have drip-fed gruesome details of the seven-minute murder gleaned from audio recordings and other evidence to the media, outlining a detailed narrative of an insider-turned-critic assassinated as he tried to obtain papers he needed to remarry.

The CIA has concluded that Mohammed bin Salman signed off on the operation, and on Tuesday relayed that to senior US senators, much to the chagrin of the White House, which has said it will stand by the crown prince whatever his role.

Penn is very pro-refugee, which is aligned to the 'demographic Jihad' promoted by the Muslim Brotherhood

Turkish President Recep Tayyip Erdogan shows no sign of letting the scandal abate, however, and has vowed to see justice be done.

While in Turkey, Penn is expected to meet with officials in Istanbul and Ankara.

The news of Penn's trip to Turkey has caught the attention of Saudi state media. The official Al Arabiya website covered the news in an article titled "Is Muslim Brotherhood using Sean Penn again, this time on a Khashoggi film?"

In it, Al Arabiya cites blogging website wordpress as evidence for Penn's alleged links to the Islamist group, saying: "Penn is very pro-refugee, which is aligned to the 'demographic Jihad' promoted by the Muslim Brotherhood, according to wordpress.com".

The article also said that Penn had a history of "favouring leftist governments" and being linked with "causes affiliated to Muslim Brotherhood in the region".

As well as having won two Academy Awards for his acting, Penn is well known for his political activism and closeness to political figures regarded as antagonistic to the US.

In 2012, Penn was seen standing next to Chavez as he defended the government of Bashar al-Assad in Syria.

He has also been highly critical of the Turkish government. In 2013, he was a signatory to a letter criticising then prime minister Erdogan for his crackdown on protesters during the Gezi Park protests.

“Only days after clearing Taksim Square and Gezi Park relying on untold brutal force, you held a meeting in Istanbul, reminiscent of the Nuremberg Rally, with total disregard for the five dead whose only crime was to oppose your dictatorial rule,” the letter said.