Security ties between Palestinians and Israel begin to fray 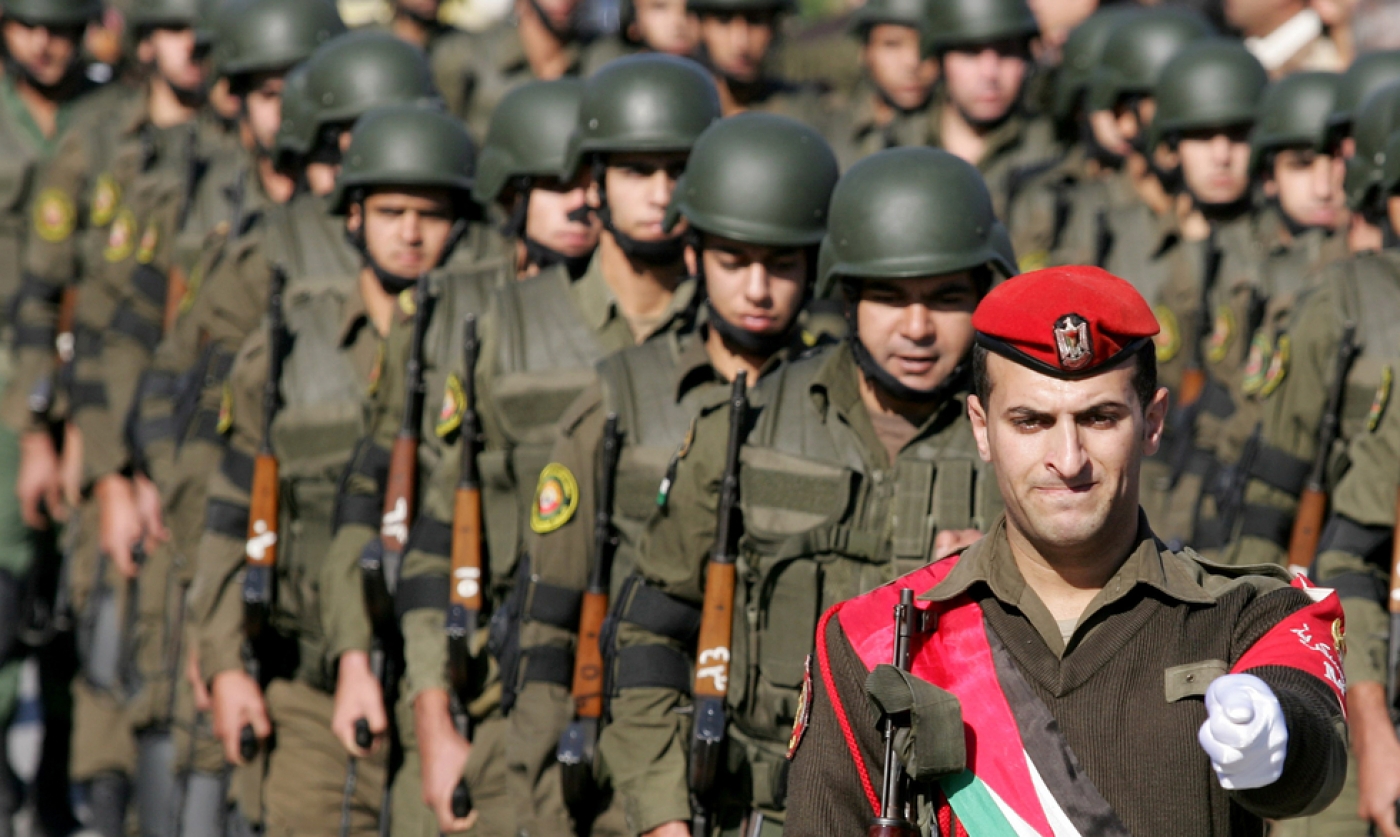 Palestinian Authority President Mahmoud Abbas has described his security forces’ cooperation with the Israeli military as “sacred”. But an armed attack on an Israeli checkpoint this week by a Palestinian security official, which left three Israeli soldiers injured, suggests that Abbas’ view may not be widely shared among Palestinians.

Amjad Sukari, aged 34, a driver and bodyguard in Ramallah for the Palestinian attorney general, was shot dead on Sunday after he opened fire at Israeli soldiers stationed at a “VIP crossing” near Ramallah.

It was the second time in recent months that a PA security officer has opened fire on Israeli soldiers.

Two months ago Mazen Ariba, a member of the Palestinian intelligence services, injured two Israelis, including a soldier, at Hizme checkpoint, close to Jerusalem.

Israel responded to Sukari’s attack by briefly locking down Ramallah, the Palestinians’ effective economic and political capital, in what appeared to be a policy of collective punishment.

Ramallah is also the headquarters of the Preventive Security Service, the PA’s elite intelligence wing that is supposed to maintain what is termed “internal stability” but has come to be known for repressing domestic dissent and cracking down on Abbas’ opponents, in particular Hamas.

Israeli military officials are reported to be increasingly worried that a decade of so-called security “cooperation” between Israel and the Palestinian Authority could quickly break down.

Amos Harel, a military analyst for the Haaretz daily, reported this week that greater involvement in attacks by members of the Palestinian security services was a “nightmare scenario that has worried the Israeli defense establishment for months.”

He added that Israeli intelligence was trying to find ways to use social media posts to identify early security officials who might turn their weapons on Israel.

That danger had been exacerbated by the tough line being pushed by the rightwing government of Benjamin Netanyahu in the wake of high-profile attacks like Sukari’s, said Shlomo Brom, a former Israeli general who is now a researcher with the Institute of National Security Studies at Tel Aviv University.

“We are seeing a polarisation between the political and military echelons,” he told Middle East Eye. “The government wants to prove to its supporters that it is being hard on the Palestinians – that was behind the decision to close access to Ramallah.

“But the military fear that collective punishment of this kind could backfire and simply motivate more Palestinians, including security officials, to get involved in attacks. That could create a vicious cycle.”

Brom said the lifting of the closure on Ramallah one day after its introduction was a signal that the military’s line was still prevailing, but the political pressure was intensifying.

The fragile nature of the security relationship was underscored last month when Netanyahu told his cabinet that Israel was preparing for the possibility that Abbas’ Palestinian Authority, to which the security services answer, may collapse.

The PA’s credibility has been waning as the diplomatic process has reached an impasse, and there are doubts about how much longer the 80-year-old Abbas can continue.

The PA’s collapse would leave tens of thousands of Palestinian security officers leaderless and without a salary, and open up a trade in the personal weapons they carry, said Brom.

“It could end up in a situation like Libya, with a leakage of weapons that could then be turned on Israel,” he said.

In what some have characterised as a new intifada, or uprising, more than 155 Palestinians and 28 Israelis have been killed since October in a series of attacks in the West Bank, East Jerusalem and Israel.

Until now most attacks have been carried out by individual Palestinians using knives or driving cars at Israelis – spontaneous “lone wolf” incidents that have been impossible for either the Israeli or Palestinian security forces to combat.

But in an indication that the nature of the attacks might be changing, three Palestinian youths from Qabatiya, close to Jenin in the northern West Bank, organised what one Israeli analyst termed a “complex, sophisticated” operation in East Jerusalem on Wednesday.

They used a submachine gun to shoot two Israeli policewomen at Damascus Gate, the main entrance to the Old City, killing one. The group failed to detonate home-made bombs.

From Israel’s point of view, the role of the Palestinian security services is to help foil attacks requiring that degree of planning, using its on-the-ground intelligence against armed groups before they reach their target.

Majid Faraj, who heads the Palestinian intelligence services, made precisely this boast last month to a US newspaper. He told Defense News his forces had prevented more than 200 attacks against Israelis since October, confiscated large numbers of weapons and arrested more than 100 Palestinians.

He added that the collapse of the PA and its security services would result in “anarchy, violence and terrorism”.

Faraj faced a wave of rebukes from Palestinian leaders for his comments, with a Hamas legislator calling for his trial for “grand treason”.

Faraj’s remarks have contributed to mounting accusations from Palestinians that, without a political process to establish a Palestinian state, the security services are simply collaborating with Israel to perpetuate the occupation.

Noticeably, Abbas did not condemn the attack by Sukari, who received a military burial.

The criticisms of the Palestinian security services’ role in helping the Israeli military as large numbers of Palestinians are being killed have likely added to the pressures on people like Sukari.

Brom said there was a concern among Israeli officials that Sukari’s attack could lead to copycat shootings by other Palestinian security officials.

Tariq Dana, a politics professor at Hebron University, said further attacks would “constitute a major threat to the PA, given that it’s founded on a security doctrine that requires its hegemony over Palestinian society.”

Adel Samara, a political analyst based in Ramallah, told MEE: “I have no doubt that the PA will look into their own ranks for those who are or have a tendency to act like Sukari, and will either nullify or fire them, but it cannot do anything beyond that.”

Last spring the PLO Central Council voted to suspend security coordination with the Israeli army, accusing it of making “daily raids throughout the state of Palestine”.

Abbas, however, failed to implement the decision. After a series of apparently empty threats, he affirmed in December that the coordination would continue.

On Israel’s side, Sukari’s attack has raised fears in Israel that the current wave of violence could start to resemble the days of the second intifada, which erupted in 2000.

Then the security cooperation ushered in by the Oslo Accords of 1993 rapidly broke down. Palestinian security officials found themselves dragged into the uprising as the Israeli army used massive force to repress protests.

Israel’s invasion of Palestinian-controlled areas in the occupied territories led to the widespread destruction of police stations and prisons.

Cooperation only returned when Abbas took over the Palestinian presidency in 2005, following Yasser Arafat’s death.

The reorganisation, which created a range of security units from police and various intelligence agencies to a 6,000-strong presidential guard, was enthusiastically backed by the United States and Europe.

US figures show that between 2007 and 2010, the US spent nearly $500 million rebuilding, training and equipping the PA security services.

The US has also relied on help from Egypt, which supplies weapons, and Jordan, which trains the Palestinian forces. Israel vets new recruits.

Dana said some 65,000 Palestinians were paid from the defence budget. The ratio of one security official for every 70 civilians is one of the highest in the world.

The PA’s annual spending of $1 billion on security is about 30 percent of its total budget, more than its spends on education, health and agriculture combined. Proportionally, the PA spends significantly more than the US on defence and three times more than the UK.

The Palestine Papers, leaked documents covering more than a decade of Israeli-Palestinian negotiations, revealed that Israel was initially opposed to US backing for the PA security forces.

Even in 2010 a senior Israeli commander, Avi Mizrahi, publicly doubted the policy’s wisdom. He said: "This is a trained, equipped, American-educated force. This means that at the beginning of a battle, we'll pay a higher price. They have attack capabilities and we don't expect them to give up so easily."

However, in practice, the Israeli military has found coordination beneficial, with reports of more than a thousand joint operations each year.

Israeli politicians from Netanyahu to opposition leader Isaac Herzog have insisted that, should there ever be a Palestinian state, it must be demilitarised.

Brom said the Palestinian security services were better armed and trained after US involvement but still posed only a limited threat to Israel.

“They carry light personal weapons that are useful for internal policing but won’t help fight a real army like Israel’s,” he said.

He added that Israel had been careful not to allow the Palestinian security forces to grow too strong, and had provided them with only limited intelligence.

“Ultimately we prefer to act by ourselves,” he said.

Jeff Halper, an Israeli activist and academic whose recent book War Among the People examined Israel’s military strategies, said it would be more accurate to describe Israel’s security relationship with the Palestinians as “outsourcing”.

“The important issue for Israel is that it retains control at all times,” he told MEE. “It sub-contracts to the PA on the ground because it creates a buffer between Palestinians and the occupying forces and makes Israel’s life easier.”

The death of Abbas or collapse of the PA, he added, would create a huge vacuum, which would prove very difficult for Israel to fill.

“Israel might try to fill it with a strongman like Faraj or [Mohammed] Dahlan, but they would struggle to maintain their credibility, especially if there is no political horizon.”

He said Israel could also try to recruit local Palestinian collaborators to control the main Palestinian cities, but if that failed, as seemed likely, Israel would have to reoccupy all of the West Bank directly.

Brom said that scenario would cause great difficulties for Israel: “We would need much larger forces operating in the territories and to be directly engaged in inhabited areas. That would be certain to create a lot more friction.” 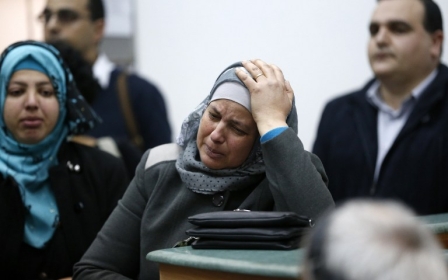 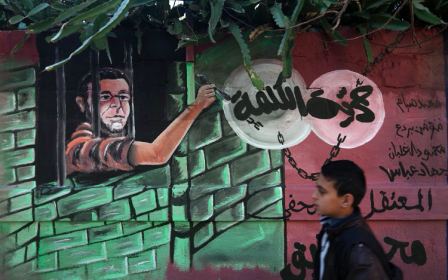 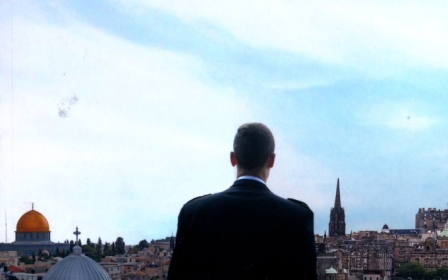